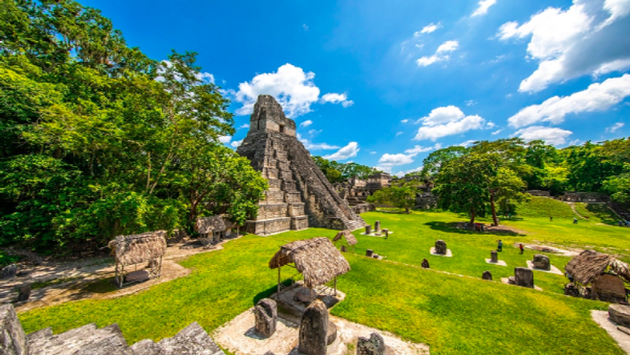 Tikal National Park is the most famous natural and cultural reserve in Guatemala. (Photo via Organización Mundo Maya).

Guatemala, known as the country of eternal spring for its privileged climate throughout the year, offers its visitors cities and archeological sites considered cultural heritage of humanity and natural beauties such as Lake Atitlan, one of the most beautiful in the world.

Thanks to its great millennial culture, in Guatemala, 21 languages are spoken that come from Mayan and others of different origins such as Xinca, and Garifuna, in addition to Spanish which is the official language. While Guatemala has several landmarks that are visitors’ favorites, there are lesser-known ones that hold fascinating secrets for those who love adventure and exploration.

Here we present 10 of the most recommended places to visit in this attractive Central American country.

This colonial city, cultural heritage of humanity, was founded in 1541 by the Spanish Crown and has baroque-style buildings that have been magnificently preserved, making it the most visited site in the country by national and foreign tourists. The main tourist attractions of La Antigua are the Palace of the Captains General, The Convent and Arch of Santa Catalina, The Plaza Mayor, The Jade Museum, The Old Cathedral of Guatemala, the museum of the University of San Carlos, the Holy Route of Brother Pedro, among others. Many visitors travel especially to La Antigua to observe the traditional annual Easter celebration that takes place in its streets and that is an impressive expression of religious fervor carried out by the inhabitants of the place.

This is the second most visited tourist destination in the country because it has valuable and impressive treasures of the ancient Mayan civilization. It is the most famous natural and cultural reserve in Guatemala and was declared a national park in 1955 and a World Heritage Site by UNESCO in 1979. Tikal is the largest excavated site in America and contains some of the most fascinating archeological remains of the ancient Mayan civilization. This important ceremonial center includes temples and palaces that are currently in excellent condition, as well as public squares. Inside the vestiges of the surroundings, there are houses scattered throughout the area.

Considered among the 10 most beautiful lakes in the world, Atitlán is the deepest in Central America and is located in an area inhabited by Mayan populations that adopted the Catholic religion over time, which has made it one of the most attractive regions from the anthropological point of view thanks to the richness of this mixture of cultures. The hills and volcanoes around the lake offer exuberant forests, ideal for hiking. In addition, visitors can observe a great variety of birds, including woodpeckers, up to the Quetzal, the national bird. 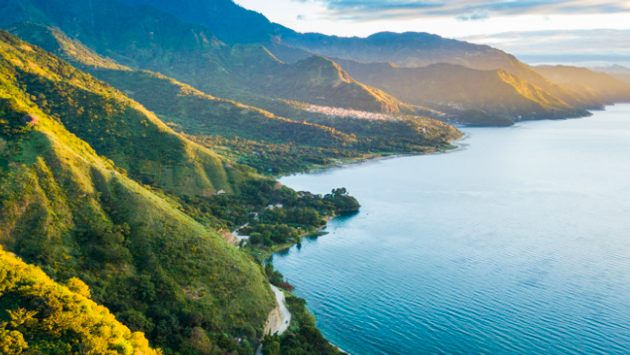 Lake Atlitan is one of the 10 most beautiful lakes in the world. (Photo courtesy of Colin Field).

Its name comes from the archeological sites that make up it and that are located in the Department of Petén. The ruins of the ancient city of Yaxha are located on the northern bank of the lake known by the same name. The area is bordered by Tikal National Park. It has an outstanding set of archeological sites and houses a complex habitat of wetlands, and high and low forests, which give it a unique characteristic.

It is one of the emblematic towns of Mayan culture and one of the most important in the country. In the Church of Santo Tomás, located in the center of the town, was found the sacred Mayan book that narrates the origin of humanity. Chichicastenango is located in the Quiché Department, about 90 miles from Guatemala City. On this site was found the Popol Vuh, a Mayan religious book that explains the mythical origin of humanity in the Quiché culture.

It is one of the most important natural paradises, located in the north of Guatemala and especially preserved by the tourism authorities of the country. It is a source of water from the Cahabón River that has turquoise, blue and green tones, depending on the seasons. The place is an important tourist attraction for the region. It is located in a valley with steep slopes, bordered by a tropical edge with a great variety of flora. The subtropical forest that surrounds the place collaborates so that there is an great ecological wealth. Among the outstanding species are birds, mammals, reptiles, amphibians and fish, as well as a great variety of trees.

Here visitors can visit caves and swim in hot springs. The caves have been visited since pre-Columbian times. But they were reported as having been discovered in May 1998, a time since which they have been explored by experts in underground cavities. In Mayan culture, caves are considered gates to the underworld. Because of that, places such as the Caves of King Marcos have been settings of rituals, ceremonies and veneration.

This is one of the three world heritage sites in Guatemala. It has important archeological vestiges, including giant stone-carved monoliths (up to 34 feet high), created by Mayan culture. The importance of Quirigua at a cultural level lies in the fact that despite being a small center, it has one of the largest squares in the Mayan area, as well as the most impressive sculptural ensemble, with the tallest sculpted monument (Estela E) that has been recorded to date in Mesoamerica.

It is the active volcano most visited by tourists from all over the world because it is very easy to climb, even for the less experienced adventurers. Their ascent is supported by guides who know the climbable paths. It has several scalable peaks that have the following names: Cerro Hoja de Queso, Cerro de Agua, Cerro Chiquito and Cerro Chino. For a person who does between little and no exercise the ascent time is 1 hour with 45 minutes. While the descent is done in about 1 hour. 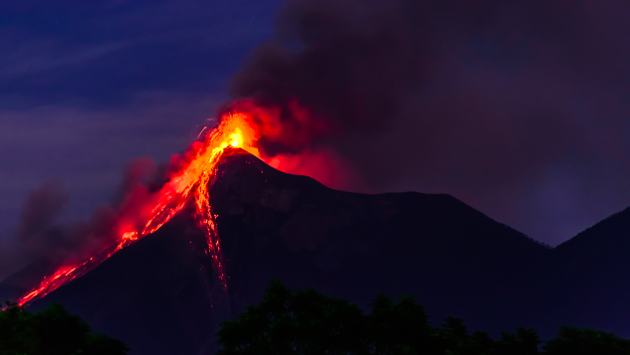 Guatemala has attractive active volcanoes that can be visited. (Photo via Lucy Brown – loca4motion / iStock / Getty Images Plus).

It is a lake located in the crater of a volcano that has traditionally been one of the most important for the realization of different ceremonies of the Max culture, so it is not allowed to swim in the place. On its banks are different altars used by Mayan priests. Sightseeing is not allowed in early May so as not to disturb the ceremonies and celebrations of the Mam population.

In addition to these sites, in the geography of Guatemala, there are many places for visitors to enjoy unique experiences such as yoga, in Tikal National Park, rafting in the Pacific area, mountaineering mainly in 13 volcanoes, canopy and paragliding in Lake Atitlan, among other activities.