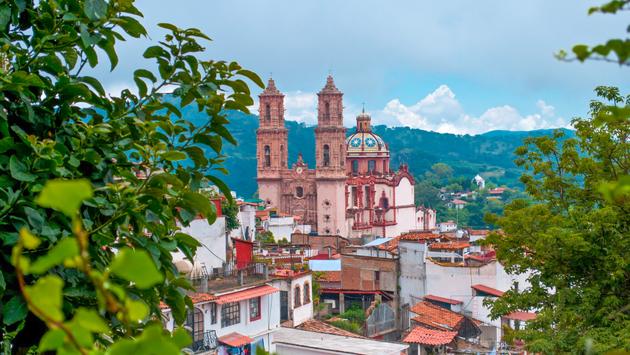 Mexico has several tours to enjoy fabulous cities that were dedicated to the exploitation of silver mines during the Spanish colony. (Photo: Raymundocuevas / iStock / Getty Images Plus).

In the time of the Spanish Colony, mining was a significant activity in Mexico with the extraction of precious metals such as gold and silver. Today there are several tours for visitors to admire the most important places of the silver mining industry since the 16th century.

These are some of the most exciting mining cities that may be visited on guided tours to discover interesting abandoned mines and acquire fine crafts made of silver.

This fabulous city, located in the state of Guerrero, between Mexico City and Acapulco, is one of the most emblematic in terms of the silver industry in Mexico. The charm of its cobbled streets and the history of its colonial past make this place an enjoyable site for travelers.

Many tours, starting in Mexico City, offer visitors splendid weekends in this city full of culture and crafts around silver. In addition, it has essential sites to visit, such as the Parish of Santa Prisca, commissioned to build by a wealthy French mining entrepreneur from the 18th century.

This extraordinary Baroque-style building remains intact and maintains its regular activities. Outside, there are two large towers and a beautifully decorated façade. Visitors can admire unique paintings, ancient sculptures, and gold leaf decorations. In addition, it has a splendid pulpit made of precious wood, which is also intact.

Taxco tours include two nights of accommodation and pedestrian walks to know, in addition to the Parish of Santa Prisca, other historical sites such as Casa Borda, Casa Humboldt, Casa de las Lágrimas (Tears), Game of Ball, Convent of San Bernardino, Statues Penitentes and, of course, the famous Silver Market. In addition, the village is full of restaurants with national and international food and drink menus. 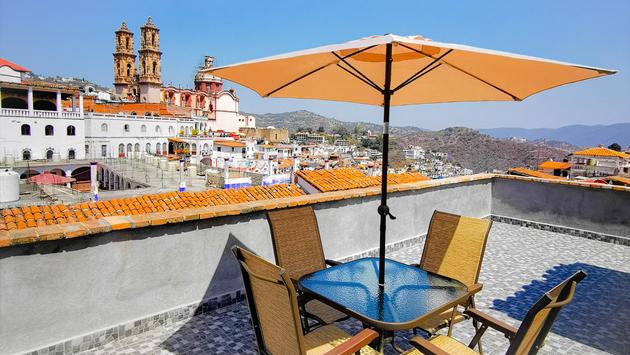 Taxco offers tours through its cozy cobbled streets and has markets where visitors can buy fine crafts made of silver. (Foto de Airbnb).

This city, located in the north-central region of Mexico, was one of the most important mining centers in the New Spain era. As a result, today is quite a popular site for national and international visitors interested in the culture and history of Mexico.

The tours around the city include visits to mines considered a World Heritage Site, such as Eden, which is a silver mine built in the 16th century and in which visitors travel the galleries aboard a small train to get to know the underground galleries of more than 371 yards deep. There is also a museum with an extensive collection of rocks and minerals. 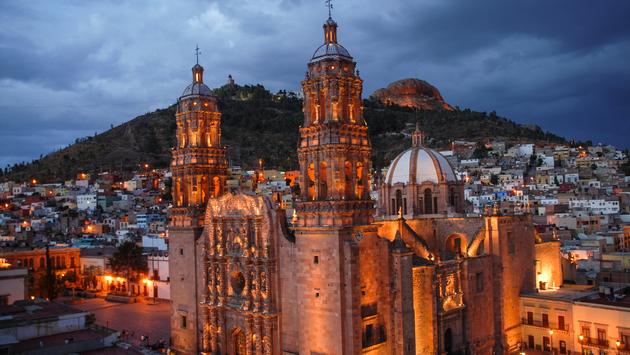 Tours around Zacatecas include visits to mines considered a World Heritage Site.

This mysterious place is located in San Luis Potosí, five hours by car from Mexico City. In 1778 it operated 48 mines and was considered one of the most important sites of silver extraction during the Spanish Colony. Today it is a ghost town offering tours and stays in boutique and rustic hotels for visitors with backpacks.

Tours of this enigmatic ghost town include visits to the ruins of the buildings that used to be the haciendas of Minas de Concepción and Compromise, which lived a period of the boom between 1880 and 1940 before the town was abandoned. The trek through the mine is about one hour, allowing visitors to enjoy magnificent views of the hills and the whole village. One of the most exciting places is the ancient site where rooster fights were held and which retains its Roman-style structure. 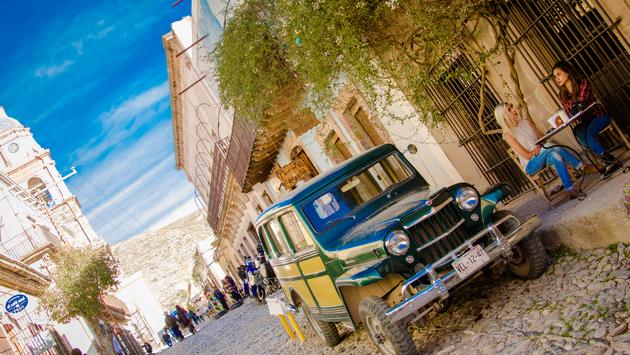 Visitors to Real de Catorce can tour the village on horseback or jeeps.

In addition, visitors to Real de Catorce can tour the village on horseback on a route that passes through the cemetery where the first chapel locates. The next stops are in the Padre Flores mine, the Bullring, and the Paredón, where bandits were executed.

This small town in Hidalgo, a couple of hours away from Mexico City, is a trendy destination for its fabulous nature and the history of its mines, such as San Antonio, which in the 16th century was one of the leading silver producers in the country.

The visits around the place include explanations with guides that tell the legends of where Europeans extracted a lot of silver and other precious minerals, such as pyrite and quartz. Weekend tours include visits to natural attractions and trails surrounded by nature of lush national parks where travelers appreciate rich biodiversity, among which are mountains with pine and oak trees and small waterfalls. 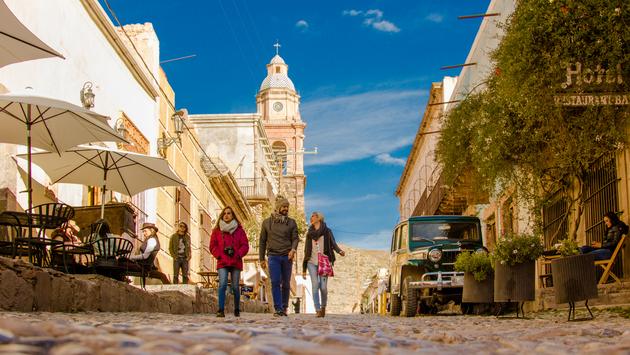 In the center of the village of Mineral del Chico, visitors enjoy important colonial buildings such as the Parroquia de la Purísima Concepción, a neoclassical church with a stone façade.

This cozy village was founded more than 400 years ago as the residence of miners of English companies so that visitors can appreciate architecture with European characteristics. Thanks to the English influence, today’s tourists enjoy the traditional pastes, a kind of small pay made with filling of fruit, meat, or vegetables, which used to be offered to mining workers to withstand the hard-working days.