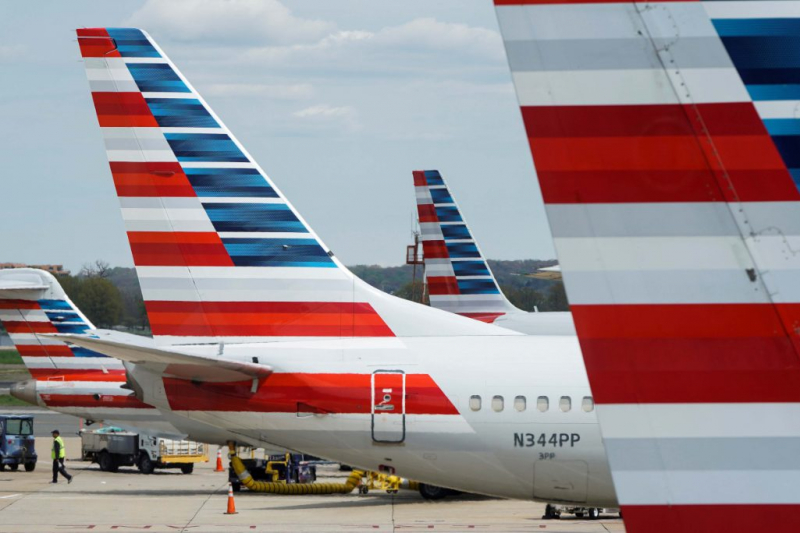 Business travel is back, flights are full, and the money is flowing in at American Airlines. All good, right? Not even close as operational and staffing issues are expected to linger.

One sure way to generate lots of money in the airline industry is too artificially limit flying. That may sound counterintuitive but supply and demand dictates that ticket prices will rise if travel demand is high and there are few seats available.

That is what American Airlines saw in the second quarter. During a period when the carrier was forced to fly less than hoped due to a variety of issues, including a pilot shortage in the U.S., and airfares increased at historic rates, American generated record revenues of $13.4 billion for the period that ended in June.

“Customers continue to come back to travel in record numbers,” American CEO Robert Isom said during the airline’s second quarter earnings call Thursday. This is “one of the busiest summers that we’ve ever experienced,” he added.

And busy in a good way: revenues from business travelers, who often buy more expensive tickets and products than leisure flyers, have fully recovered to pre-pandemic levels. The corporate segment is led by small- and medium-sized enterprise travelers, and not by large business accounts. And leisure demand, which has dominated the pandemic recovery, is above 2019 levels.

But, as noted earlier, the rapid return of travelers has not come without its challenges. American faced severe weather-related flight delays and cancellations on 27 of the 30 days in June, and Isom acknowledged “air traffic control challenges” in busy markets that have contributed to operational issues — something his peers at Delta Air Lines and United Airlines have also said. In addition, while American itself has more than enough staff, broader workforce challenges are keeping it from fully flying all of its airplanes, and the pilot shortage has temporarily grounded around 100 aircraft at its regional affiliates that operate American Eagle flights.

“We’re sizing the airline for the resources we have available and the operating conditions we face, and we will make other changes as needed,” Isom said. His comment came as American disclosed Thursday another reduction in flying capacity for the rest of the year; it shave roughly a point off both the third quarter and full year outlook to down 8-10 percent and down 7.5-9.5 percent, respectively, compared to 2019.

American’s schedule reductions, to be clear, are not a reflection of travel demand — even as the economic outlook has worsened. While none of its executives commented directly on the fears of a recession in the U.S., they have previously brushed them off and on Thursday emphasized that “demand is strong.”

The pain point, and one that American does not expect to go away anytime soon, are pilots.

The pilot shortage, particularly among regional airlines in the U.S., is not new. It cost American at least $61 million in the fourth quarter of last year, and has prompted flight cuts to small cities at the airline and many of its competitors. The largest U.S. regional carrier, SkyWest Airlines, has gone as far as to propose a new operating subsidiary in order to expand the pilot supply and continue to serve small markets.

American’s strategy has been to essentially throw money at the problem with new pay rates and bonuses that will bring starting pay for pilots at its wholly-owned regional airlines — Envoy, Piedmont Airlines, and PSA Airlines — in line with those that fly its own mainline Airbus and Boeing jets. Other carriers, including Alaska Airlines and United Airlines, have opened their own flight schools and offered financial aid to expand the pilot supply, as well as raising pay at more modest rates.

“It costs quite a bit of money to become a pilot,” Isom said. “I do think that as an industry, pilot wages are going to increase. And that’s something that the industry as a whole is going to have to digest.”

Asked about the cost of the pay increases regional pilots will receive, Isom expressed confidence that the airline could generate enough revenue from ticket sales to cover the elevated expenses.

American’s Chief Revenue Officer Vasu Raja said that the carrier earns a roughly 25 percent yield premium to competitors in many of the small markets where it is the only airline, or can offer customers significantly more flight options. A quarter more revenue per mile flown is a big for an airline, and signals a very lucrative market.

“The more unique [origin and destinations options] we create, that really does turn into more revenue production for the airline,” said Raja.

But while American plans refill its regional pilot ranks with higher wages, it does not think it can do it quickly. “It’s just going to take a little bit longer than that, maybe two or three years, to kind of get the supply chain for pilots back to where we need it to be,” Isom said.

That is by far the longest forecast for the end of the pilot shortage yet. Previously outlooks have estimated that supply could return to a normal level next year.

American reported a net profit of $476 million on its record revenues in the second quarter. Expenses were up nearly 15 percent, driven largely by a doubling in fuel costs, to $12.4 billion. Total unit revenues, a measure of how much the carrier made per seat-mile flown, jumped nearly 23 percent compared to 2019, and unit costs excluding fuel and special items increased 12 percent over the same period.

“We remain focused on our key objectives of operational reliability and profitability,” American Chief Financial Officer Derek Kerr said. He indicated that operational investments, including the new regional pilot wages, would negatively “impact near-term costs” but that the airline was well positioned for 2023.

The airline anticipates a profit in the third quarter, Kerr said.

Looking ahead, American expects revenues 10-12 percent higher in the September quarter than in 2019. Total unit revenues and unit costs excluding fuel and special items are forecast to be up double digits again by 20-24 percent and 12-14 percent, respectively. The unit cost increase is largely by the airline’s capacity cuts that leave its planes underutilized, and the regional pay increases.