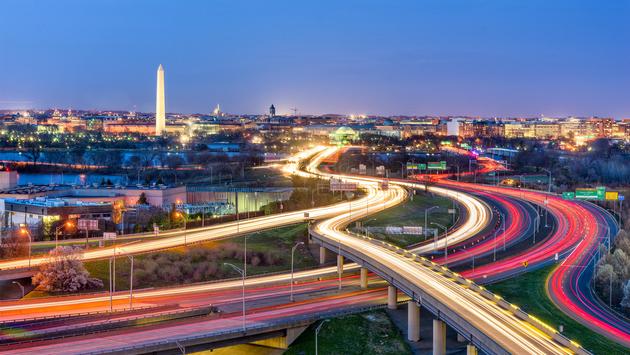 Skyline of Washington, DC. (photo via Sean Pavone/iStock/Getty Images Plus)

The American Society of Travel Advisors (ASTA) is strongly urging the U.S. Department of Labor (DOL) to withdraw its proposal for determining employee or independent contractor (IC) classification under the Fair Labor Standards Act (FLSA) in an effort to make life easier for travel agencies when categorizing workers as ICs and ultimately expanding their business.

“Rather than trying to fix something that isn’t broken, the proposal should be withdrawn. For decades, the usage of independent contractors in our industry has grown steadily because it provides substantial benefits for both workers and agencies in situations where a traditional employment relationship doesn’t make sense,” ASTA President & CEO Zane Kerby said in a statement on Tuesday.

“In our view, as compared with the interpretation currently in place, DOL’s proposal represents a clear, if modest, step backward that would increase uncertainty as to a worker’s status as either an employee or an independent contractor.”

DOL issued a draft of its new interpretive regulation in October, pitching a change that would rescind the prior Administration’s rule seeking to modernize and simplify determination of worker status under the FLSA. ASTA warns that this more ambiguous approach results in “inconsistent judicial precedent, depriving businesses of the predictability the law should provide.”

ASTA filed comments with DOL on the issue last month, with Peter Lobasso, the organization’s Senior Vice President & General Counsel, stating that the current guidance DOL is seeking to overturn “provides businesses and other stakeholders, particularly those operating in multiple states, with the confidence to expand their businesses, resulting in growth of the economy as a whole.”

“A secondary benefit,” he added, “…is the reduced likelihood…of conflicting determinations when the same facts are evaluated under different worker classification tests used by other federal agencies. A return to an unstructured totality-of-the-circumstances interpretive approach where no single factor predominates in the analysis [as DOL is now proposing] practically ensures that the decades-long confusion among stakeholders and inconsistency among the federal circuits interpreting the FLSA…will only continue.”

At least 44 U.S. Senate and House members filed a letter in opposition to the proposal. “We urge DOL not to move forward with its proposed rule for determining independent contractor classification due to this negative impact on workers and businesses, the test’s lack of clarity, and the devastating consequences for the U.S. economy,” they wrote. “The proposed rule will jeopardize millions of individuals’ independent contractor status under the FLSA.”

The public comment period on the proposal closed on December 13, 2022, and the next move is for DOL to weigh stakeholder concerns and issue a final rule sometime in mid-to-late 2023.