Australia Reunites With US Travel Leaders at Marketplace Event 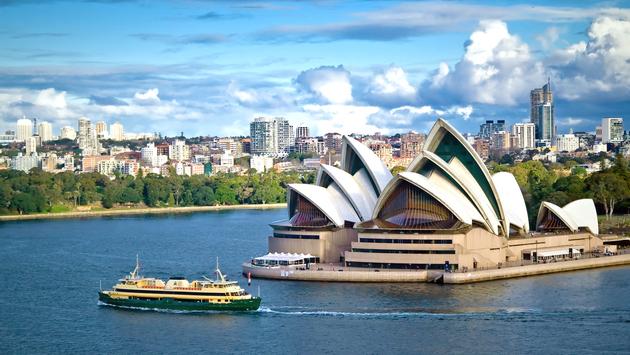 The excitement was palpable among the 102 buyers and 107 seller delegations in attendance. The Marketplace event provided a chance for business partners from both sides of the Pacific to reestablish connections after being separated for so long, due to the pandemic. Following two years of strict border closures for Australia, there were a lot of new developments to catch up on. 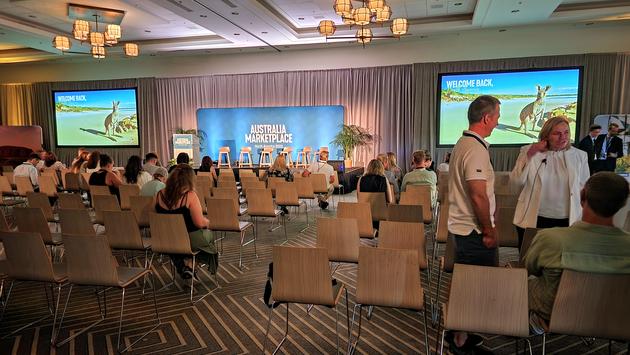 “The U.S. was Australia’s third largest source market for international visitation and the second most valuable for spend, with 818,000 Americans traveling to Australia in 2019 and spending $3.9 billion,” said the Tourism Minister. Referring to the freshly-installed Prime Minister’s administration, Farrell added, “The Albanese Government is committed to supporting Australia’s tourism industry to return to the economic powerhouse we know it to be and to ensure that the world knows Australia is open for business.”

It might easily have been assumed that Australia’s tourism bodies and sector operators simply shut down during the pandemic, but that turns out to be far from the truth. Instead, State, Territorial and Regional destination marketing organizations, and various tourism-involved businesses, were making the most of their downtime, positioning themselves for the day when those borders would finally open.

Chris Allison, Tourism Australia’s VP for the Americas, said that the agency continued its efforts throughout the past two years. “We didn’t want to pull back significantly, so we kept investment in the market to allow us to keep content in front of consumers, to keep them inspired and dreaming about trips to Australia in the future when we did open,” he said. “And, on the advisor side, we kept very active with our Aussie Specialist program to keep people updated, educated and engaged in our destination.”

Within the first four weeks of Australia’s reopening on February 21, the government deployed its $40 million marketing blitz, centered on the tagline “Don’t Go Small. Go Australia.” The catchphrase was strategically selected to tap into current consumer appetites for big, once-in-a-lifetime type trips, after having been limited to relatively local destinations during the pandemic. 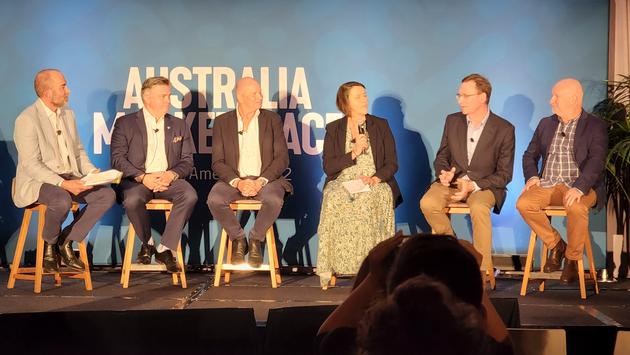 “Australia has always been a bucket-list destination, so I think right now we have this huge trend of people really reassessing their destination priorities, looking at what they would have considered their bucket-list destinations in the future, and prioritizing them to do now. So, that’s a big opportunity for us,” Allison told TravelPulse.

He also teased, “Later this year, in October, we’ll be launching a brand-new campaign across all of our core international markets. We will be inviting the world to come back down to Australia again, now that we are reopening, and inviting everyone to ‘Come and Say G’day’.”

On the event’s days two and three, attendees engaged in a series of one-on-one meetings, organized into eight-minute appointments. Sellers stayed stationary, while buyers moved from one table to the next at their allotted time, in a sort of speed-dating style setup. A handy Tourism Australia app helped participants stay on top of their appointment schedules, and also provided networking information on all attendees, along with a chat function. But, as ever, it was the in-person element that proved invaluable. 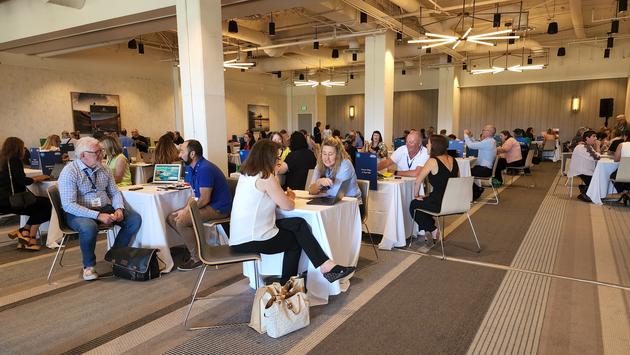 “Australia Marketplace provides our tourism operators with the opportunity to establish business relationships with key qualified travel agencies and tour operators from North America,” Harrison told Hotel Management. “These connections are so vital for the Australian tourism industry, as we look to rebuild after being one of the hardest hit sectors by the COVID-19 pandemic.

Since borders reopened six months ago, Tourism Australia has been making a huge push to jump-start the sector’s recovery in key tourism markets and recapture its pre-pandemic momentum. Among the many industry happenings that the agency is hosting are upcoming Marketplace events for other regions.