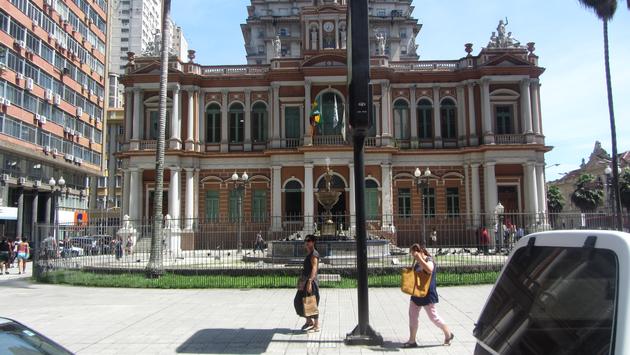 Travelers will find more flights to Brazil available in 2022. (Photo by Brian Major)

Brazil’s tourism organization is reporting surging airline activity in 2022, with a year-over-year record number of international flights arriving in the South American nation in June.

Brazil hosted 3,806 airline flights in June 2022, a 78 percent increase over the 836 flights the nation’s airports welcomed in June 2021. June is traditionally a “low” season for travel to Brazil, yet “the number of flights and seats increased this year,” officials at Embratur, Brazil’s tourist board, confirmed.

Additionally, “in July, a month [when] traditionally we see a small increase, we can already predict another jump in the number of international flights to Brazil,” said Silvio Nascimento, Embratur’s president.

Increasing flight access to Brazil “will continue until the beginning of 2023,” according to a study from Embratur’s Office of Competitive and Marketing Intelligence Research for Tourism. Officials at the agency note that United Airlines recently resumed flights from Chicago to Sao Paulo and from Houston to Rio de Janeiro.

In addition, Lufthansa has resumed flights from Frankfurt and Munich to Rio de Janeiro, and flights from Amsterdam to Rio. In October, Eastern Air is scheduled to increase flights from Miami and New York to Belo Horizonte, Embratur officials added.

Delta Air Lines, which currently operates 10 weekly Brazil flights, will also increase its service to the country, said Embratur officials. Delta operated 21 weekly flights to Brazil, including daily flights to Sao Paulo from Atlanta, to Sao Paulo from New York, and to Rio de Janeiro from Atlanta, in addition to seasonal flights between Rio and New York, in 2019 prior to the pandemic.