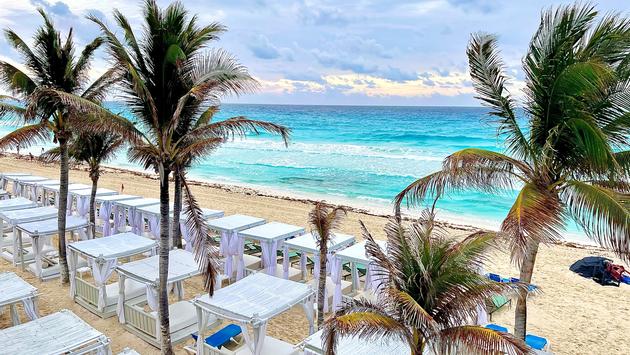 The beach area in front of Wyndham Alltra Cancun. (photo by Codie Liermann)

Destinations in the Mexican Caribbean, such as Cancun and Riviera Maya, have received a record number of visitors in 2022.

According to Grupo Gemes, a Mexican think tank focused on tourism, Cancun has received so far 4.8 million visitors, an increase of 12.7% compared to the same period of 2019.

It reported that the most relevant beach destinations by the number of available rooms are the Riviera Maya and Cancun; the first one with almost 47,000 rooms, registering occupancy of 73.8 percent in the first semester that, despite being one of the highest, is lower by -7.7 points to the same period of 2019.

Cancun, with 34,000 rooms available on average in the period, was close to reaching the pre-pandemic level, with a decrease of -0.5 points.

Likewise, the Government of Mexico’s state of Quintana Roo has reported the arrival of 3.7 million visitors in the state for the 2022 summer vacation months.

Bernardo Cueto Riestra, secretary of Tourism for Quintana Roo, said in a press conference that the state had recorded as high as 400,000 tourists daily, a 20 percent increase over tourism figures for 2019.

He mentioned that, on the last day of August, the state closed with 312,000 tourists, figures that had not been seen “for a long time” due to the pandemic of COVID-19. 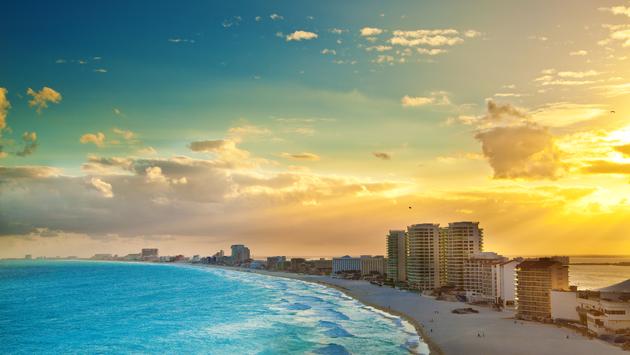 Although the region’s hotels are currently in a downward occupancy rate trend into the month of September, most were still doing well until the last day of August. He reported that Costa Mujeres on the mainland of Isla Mujeres had the highest occupancy rate on August 31 with 77 percent, followed by the island with 73 percent.

Tourism representative underscored that Riviera Maya received in such a period 1.5 million visitors, followed by Cancun with 1.2 million and the Riviera Maya corridor with 822,535.

The Mexican Caribbean, he said, closed the summer season with 1,314 hotels in operation, offering 125,481 hotel rooms which reached a general average occupancy rate of 72 percent.

Cueto Riestra reported a total of 3.7 million visitors in the state over the 2022 summer season. “A completely positive figure. The increase is greater than expected and projected before the summer season. We are very pleased because each of the destinations in the Mexican Caribbean has experienced growth in its influx during this season.”

He also explained that all destinations in Quintana Roo state have been above 2019 figures, representing more significant opportunities for those who depend on tourism.