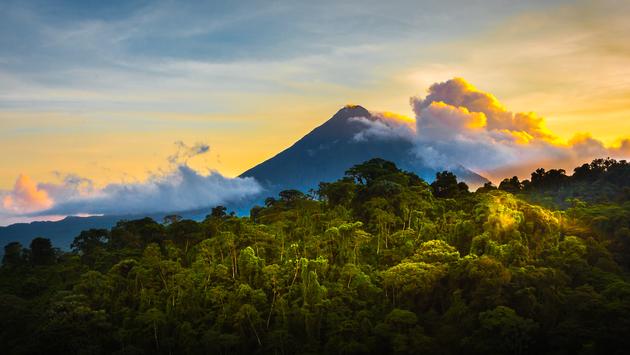 With 25 percent of its territory protected with parks or nature reserves, the options to immerse yourself in Costa Rica’s extensive nature are endless. (photo courtesy of Collette)

Costa Rica is undoubtedly one of the first countries to come to people’s minds when discussing ecotourism and nature travel. With 25 percent of its territory protected with parks or nature reserves, the options to immerse yourself in its extensive nature are endless. Here are some of the top nature experiences to look forward to in Costa Rica.

Volcanoes are one of the most typical images of Costa Rica. With 116 volcanoes, it is impossible not to see a crater appear here or there throughout your stay. In addition, many are easily accessible, such as Poás Volcano, surrounded by smoke and steam, or Irazú and its emerald lagoon.

In the Rincon de la Vieja National Park, the numerous craters in the area will make you think you are on the moon. Other volcanoes worth visiting are the Arenal and Barva volcanoes. Best of all, each volcano and its environment are unique. So don’t hesitate to visit several if time permits. You won’t regret it.

Find the Quetzal in the Mysterious Cloud Forest

Another emblematic landscape to see in Costa Rica is the Cloud Forest. It is characterized by a persistent fog that clings to the treetops. This gives the forest a mysterious and magical atmosphere. The intense humidity favors the growth of exuberant nature that offers refuge to the native fauna.

Paying attention, you can see colorful amphibians, elegant butterflies and many birds. Among them hummingbirds and the incredible quetzal, for many, the most beautiful bird in the world. Don’t hesitate to go out to see the forest differently at night and try to spot nocturnal mammals such as the kincajou.

Marvel at the Incredible Biodiversity of Corcovado National Park

Another national park you should take advantage of on your trip to Costa Rica is Corcovado. Less accessible and less frequented than others, it offers a more authentic experience. It is mandatory to be accompanied by a guide. This park is home to 2.5 percent of the world’s biodiversity, so it is worth the effort if you are a nature and animal lover.

Some of the animals you will see during your visit are tapirs, coatis, agoutis, monkeys, sloths and macaws. Beyond the animals, its lush jungle and deserted beaches are magnificent. The park also extends into the Pacific, where you can observe marine life. 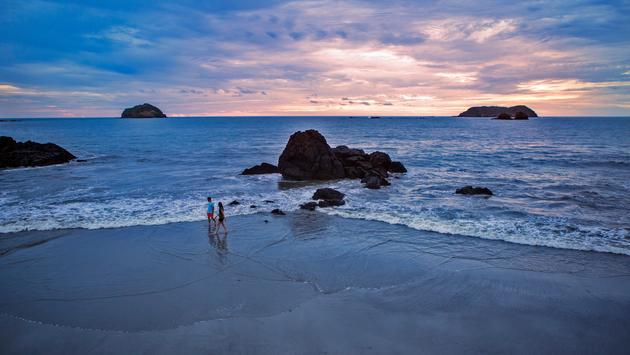 To get closer to this marine fauna, the best thing to do is to get aboard a boat. (photo courtesy of G Adventures)

Whale Watching on the Pacific Coast

To get closer to this majestic marine animal, the best thing to do is to climb aboard a boat. Whether in Drake Bay, Golfo Dulce, or Ballena Marine National Park, the leap of the imposing humpback whale is a unique moment not to be missed during your trip to Costa Rica.

You will also see black orcas and pilot whales in this part of the world between January and March or from August to October. As for the dolphins, they can be seen year-round. Several companies offer this excursion in Uvita, Samara or the Gulf of Papagayo.

Another highlight of a nature-focused trip to Costa Rica is witnessing the nesting of sea turtles. Costa Rica is home to six of the seven sea turtle species found in the world, either on the Pacific coast or in the Caribbean. In some places, supervised and respecting the rules, it is possible to observe this magical moment without disturbing the turtles.

For this, we advise you to hire an experienced guide. The main nesting sites are Ostional, Rincon Bay, and even Tortuguero National Park. Nesting periods vary according to species and location. 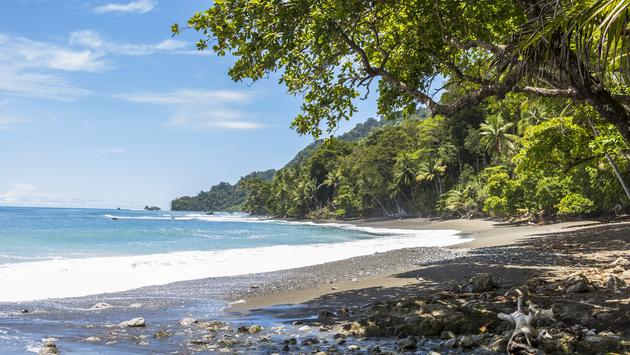 Costa Rica is not only surrounded by sea but has many rivers. It is, therefore, a place of endless recreation for lovers of water activities. (photo courtesy of Collette)

Costa Rica is not only surrounded by the sea but has many rivers. It is, therefore, a place of endless recreation for lovers of water activities. For the more laid-back, paddle boarding or kayaking are two great ways to contemplate the scenery and get up close to wildlife. Tortuguero National Park is an ideal place for these sports. With some luck, you will see snakes and monkeys clinging to tree branches or even caimans.

If you are more of a thrill-seeker, there’s rafting. The country is known among regulars for this adventure sport and has many routes for all skill levels. Another option is tubing. Hop on a giant tire and let the current take you away.

If you want something more relaxing, consider swimming in one of Costa Rica’s hot springs.

Get Up Close and Personal with Costa Rican Farmers

One of the best ways to connect with nature is to get closer to those who are used to working with the land. Many farmers throughout the country are opening their farms to share their knowledge and passion. Coffee and chocolate are the star products, but you will also find avocado, mango and other crops.