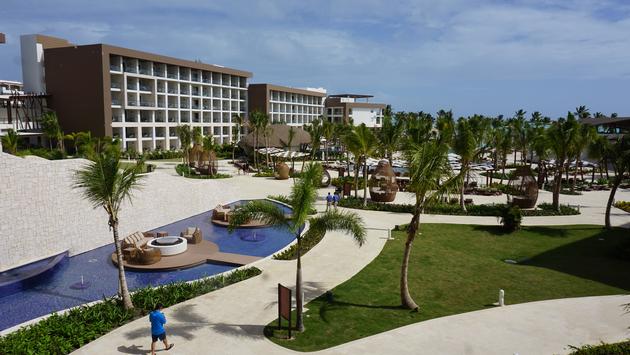 The Hyatt Ziva Capa Cana and Hyatt Zilara Cap Cana were closed through September 23 due to exterior damage from Fiona. (Photo by Brian Major)

Hurricane Fiona’s passage this week tested Caribbean destinations as the first major weather event to impact the region following the post-outbreak return of travel in the region.

Some regional destinations forced to contend with Fiona’s impact have yet to fully recover from Hurricane Maria, which struck the Caribbean during the same week five years earlier.

When Fiona made landfall in Puerto Rico’s southwest region on September 18, the island suffered a complete loss of electrical power and widespread flooding in coastal regions including Cabo Rojo and Loiaza.

Flooding was expected to persist in “select areas of the island, particularly those remote and rural,” said Brad Dean, CEO of Discover Puerto Rico, the island’s tourism marketing agency. Fiona also forced the closure of airports in Ponce and Mayaguez, according to media reports.

Both Cabo Rojo and Loiaza offer distinctive tourism activities and attractions focused on indigenous cultures. Travel to these areas operates on a smaller scale compared with San Juan and the city’s historic district, which largely escaped significant damage from Fiona.

The agency is also advising visitors in Puerto Rico or with upcoming travel plans to contact travel providers, lodging facilities, and local businesses for information.

Amy Norwood Graves, a travel advisor and member of the Travel Agents Selling the Caribbean (TASC) online group, said “Cap Cana definitely was hit hard and from what I’ve seen, it’s going to take some time to assess and repair all the damage there.”

“Other areas of [Punta Cana] were not hit as badly and only suffered minor damage,” Graves said. “[It] really depends on where they’re staying and when.” Playa Hotel & Resorts closed the Hyatt Ziva Capa Cana and Hyatt Zilara Cap Cana resorts through September 23. Resort officials reported “no storm-related injuries to our guests or associates.”

Another TASC advisor, Amy L. Boyce, said an email from Karisma reports the Margaritaville and Nickelodeon resorts “sustained only minor damage.” A check of the companies’ websites confirmed each is now operating normally.

Press reports say the coastal resort town of town of Miches was “badly damaged by high waves” that also blocked several highways and a tourist pier in the region.

On September 19 the Excellence Punta Cana reported “no major structural damage” after “a windy and rainy night in the Dominican Republic.” The property did suffer some exterior damage, leading to the closure of the hotel’s pools and beaches and some restaurants.

“I have clients at the Excellence Punta Cana and the resort sustained minimal damage,” said TASC advisor Jaime Scott. “The beach is closed and so is the pool, they expect to be operating fully in a couple of days.”

Added Scott, “Excellence has covered the cost of two nights and they have been well taken care of. [Scott’s clients] had insurance but it is nice to not have to put through a claim.”

Excellence officials indeed advised guests at the resort when Fiona struck that “in addition to the activation of our hurricane policy, we will offer a complimentary stay if [guests’] flights have been changed, modified, or canceled.”

Under the company’s hurricane policy, if the National Hurricane Center confirms a hurricane category 1 or higher, passengers traveling within 72 hours of confirmation will not incur rescheduling penalties. 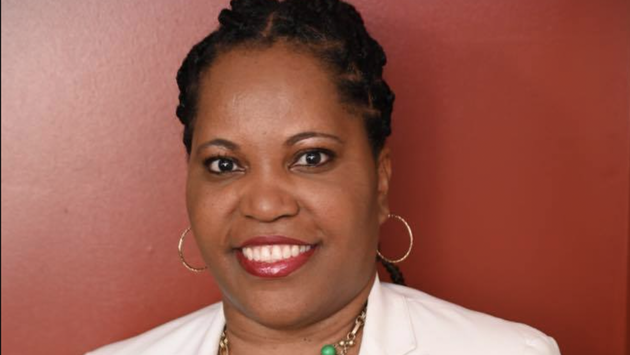 “Always get the storm policy for resorts you frequently sell.” – Kelly Fontenelle, TASC

“It’s good to [first] find out how the staff are doing and if there is anything that can be done to help. [After] this, we are checking whether the destination is visitor safe, on readiness of the resort, roads airports, [and] attractions. Where possible we ask for photos so [advisors] can ensure clients can have the level of service they require.”

Fontenelle also recommends advisors “Always get the storm policy for resorts you frequently sell. This should have guidelines for in the event of, during and after for communication and service.”

In a September 21 statement, officials at the Turks & Caicos Hotel and Tourism Association (TCHTA) said clean-up is underway in the territory following Fiona’s passing.

“As we await reports from the sister islands, we can confidently share members in Providenciales fared very well and have suffered little to no damage as a result of Hurricane Fiona,” said Stacy Cox, TCHTA’s CEO.

“I am at Beaches Turks and Caicos; the staff did an amazing job with guests yesterday throughout the storm,” said TASC advisor Amy Wooster. She said Providenciales’ Grace Bay Beach is “OK, some damage to wedding gazebos, landscaping, etc. They are working hard to get things back in order.”

“Teams were all throughout the area carrying out clean-up exercises, and the roadways were clear,” said Cox following a drive through the territory. “There was little damage visible, and most of the area seemed to be fully powered.”