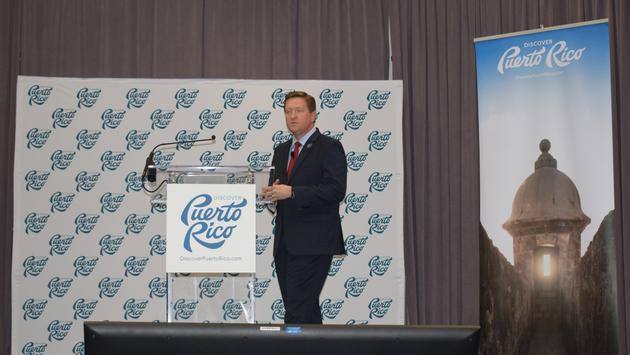 “This is a setback, not a re-set for the island.” – Brad Dean, Discover Puerto Rico

Consumers’ plans to visit Puerto Rico remain little changed following Fiona, Dean said, pointed to DPR data that indicates most travelers who intended to visit the island prior to Fiona say the storm had little impact on their future travel plans.

The study found most travelers whose Puerto Rico plans were impacted by Fiona shifted their trips to other areas of the island. Fewer than 10 percent canceled their trip or opted for another destination.

Past storms have also readied tourism and government officials, who’ve formulated plans to ensure the safety of visitors and residents while resuming tourism activities.

“We have extensive experience managing through adversity and coming back stronger, better and better prepared for the future,” said Dean. “The response was pretty quick to get tourism back up and running. This is a setback, not a re-set for the island.”

Mercedita International Airport in Ponce, on the southern coast, re-opened on September 22 while cruise activity calls resumed on September 23, added Dean. He said most hotels and restaurants in San Juan and in surrounding districts did not sustain significant damage and remain open.

Still, he said damage in areas impacted by Fiona were “significant.” The southwest corner of the island will face a little bit of a recovery,” said Dean, who added that “Already there were investments in infrastructure being made in [the southwest].”

Puerto Rico’s hotels were not only largely spared damage following Fiona, many reported “an increase in bookings with demand due to relief efforts and meetings and conventions,” said DPR officials.

DPR cited data from digital services firm TravelClick which shows “hotel occupancy is strong for October with significant increases in both leisure and group over 2021.”

However, research from data firm Adara highlights the compressed booking window as more than 50 percent of Puerto Rico bookings are made within 30 days and “more than a third in less than two weeks before arrival,” said DPR officials.