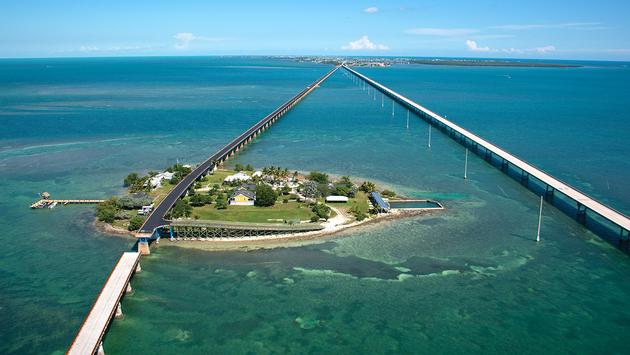 The Florida Keys are up and running after Hurricane Ian. (Photo by Andy Newman courtesy of Florida Keys News Bureau.)

Just as Bermuda did in quickly bouncing back from Hurricane Fiona last month, another popular island chain for tourists is proving its mettle in the face of adversity.

The Florida Keys and Key West said this week that despite being in the epicenter of Hurricane Ian on September 27-28 as it ravaged Southwest Florida and other parts of the state, the island chain is up and running.

The main tourism board for the Keys said that key infrastructure throughout the islands remains intact, Key West International Airport has reopened, and all 42 bridges connecting the 125-mile-long island chain are operational.

Officials said Key West, the southernmost point in the Keys, suffered the most impact from Ian. Storm surges flooded streets and some businesses and downed trees blocked roads. But city crews have been able to mitigate the damage in the last two weeks, officials added.

Of note to tourists:

—Electricity has been restored throughout the Keys.

—Keys attractions, watersports operations, and restaurants and bars are open or reopening, although hours and offerings may vary.

If you are planning a trip to the Keys, more information is available.