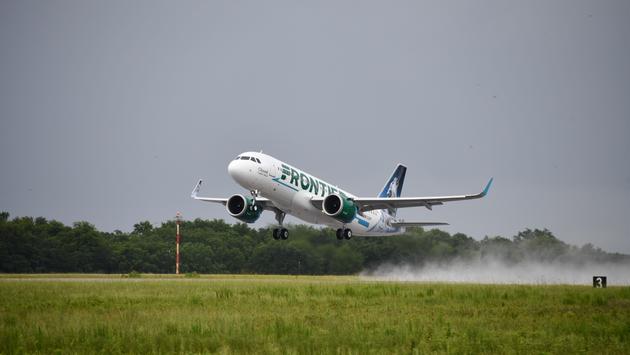 Running through August 1 for travel between August 2 and October 5, the promotion applies to domestic non-stop flights from and to specified airports on Tuesdays, Wednesdays and Saturdays.

The deal features blackout dates on August 31 and September 3, 6-7. Seven-day advance purchase is necessary to utilize the promotion, but a round-trip purchase is not required.

“Frontier Airlines is offering an inflation-busting blockbuster fare sale to destinations throughout the U.S., Caribbean and Latin America,” Frontier senior vice president Daniel Shurz said. “When fares are this cheap, they won’t last long so grab them while you can.”

On Wednesday, Spirit announced it terminated a merger agreement with Frontier. Shareholders rejected the Frontier bid in a stockholder vote at the company’s Florida headquarters. Spirit and Frontier had agreed in principle to merge in February, but less than six weeks later, JetBlue came in with an offer before going for a hostile takeover bid.

Earlier this month, Frontier revealed it would no longer raise its bid to purchase Spirit.