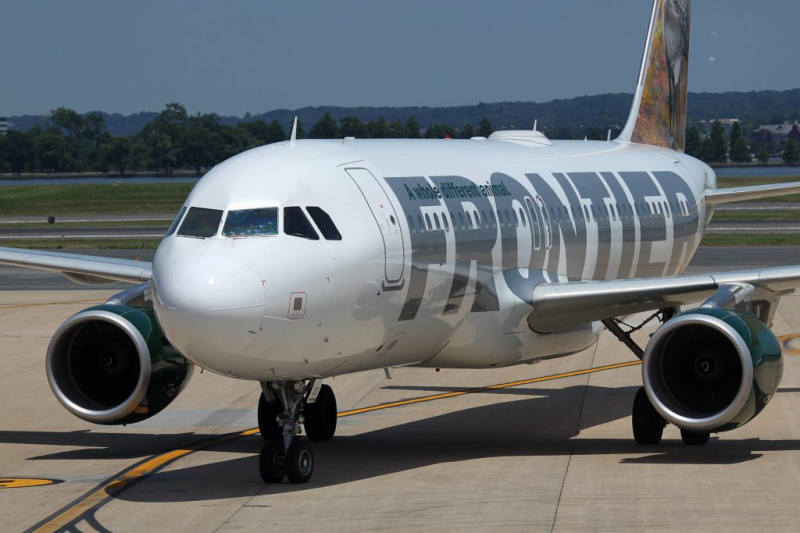 Frontier is confident in its aggressive strategy to increase flights while keeping prices low will pay off. But pulling it off is a tall order amidst rising fuel and labor costs.

Frontier Group Holdings Inc is targeting capacity growth of up to 20 percent through the decade, Chief Executive Barry Biffle told Reuters, as the budget airline pushes to take a bigger share of the U.S. leisure travel market from rivals amid a weakening economy.

From 2024, the Colorado-based carrier is aiming to increase capacity, or the number of seats it offers, by between 10 percent and 20 percent a year as it seeks to position itself as America’s budget airline after the recent collapse of a deal to merge with rival Spirit Airlines. JetBlue Airways Corp prevailed over Frontier after a months-long bidding war.

Frontier, which is about 82 percent owned by Bill Franke’s Indigo Partners, had previously told investors it would ramp up capacity this year by as much as 15 percent above the pre-pandemic level and said it would expand 30 percent year-on-year in 2023.

If Frontier hits the high end of the previously unreported, longer-term growth target, it would emerge as almost the size of 2019-era American Airlines, before COVID-19 sent travel into a steep decline.

“We will now be positioned in the market as the only national ultra-low-cost carrier,” Franke told Reuters.

Frontier’s merger with Spirit would have created a budget airline behemoth and the fifth- largest airline in the United States.

Now the company is putting rivals on notice that it will fight to take share on its own. It will cut basic fares to fire-sale prices, seek to increase nonticket revenue and take advantage of the retreat by some U.S. airlines – and Frontier’s own relatively deeper pool of pilots – to open new routes.

Major U.S. carriers have been forced to cut capacity due to staffing shortages. American Airlines, for example, expects its capacity to be down as much as 9.5 perfect this year versus 2019.

Walmart of the Skies

Frontier is betting a business model of low-cost, low-fare will power its growth in a recessionary environment.

“In every recession, Walmart does well, and Nordstrom has a hard time. So which business model do you want to be in? You want to be in the low cost,” Biffle said.

Shares of Frontier have gained nearly 40% following the termination of its merger deal with Spirit in late July.

Immediately after the Spirit deal was called off, Frontier launched a limited-time $19 fare sale for 1 million seats. Biffle said the sale drove a 10 percentage-point jump in reservations from the first half of the year.

Last week, Frontier launched nonstop service to four cities from its Las Vegas base. It is set to start a new nonstop service between Denver and Houston next month with fares as low as $69.

The airline is also seeing opportunities in smaller cities that are losing air service because of pilot shortages at major carriers, Biffle said.

At the same time, Frontier has made clear it will pull service from existing airports if there is a mismatch between what it can charge and costs, as it has done with Los Angeles, Washington-Dulles and Newark where it said airport costs are excessive.

Frontier’s strategy hinges on offering ultra-low fares despite elevated fuel and labor costs. It seeks to accomplish this by increasing its nonticket revenue through new ancillary products and services.

The airline charges for extras such as baggage, seat selection and assistance at its ticket counters. But there is a risk of customer pushback if some of nonticket charges come across as “nuisance fees,” Harteveldt said.

Similarly, the company could face a challenge in attracting pilots in future if major carriers continue to raise salaries, Harteveldt said.

In response, Frontier pointed to its success in driving up nonticket revenue and said its pilot salaries are competitive with big carriers. To secure pilot supply, the company said it has launched a cadet program through which it expects to source pilots in two years.

Delivery delays at Airbus also run the risk of slowing Frontier’s capacity ramp-up. Biffle, however, sees that as a problem only if all of its planes get delayed by five months.

Frontier’s strategy is rooted in Franke’s belief that failure to manage costs is the “path to hell” for airlines.

The 85-year-old entrepreneur, the pioneer of ultra-low-cost air travel, stuck to that view in the bidding war for Spirit and declined to further sweeten his $2.7 billion offer to beat JetBlue’s $3.8 billion cash offer.

The decision cost him a deal he had sought for nearly a decade, but Franke said he was fine with the end result.

“It’s generally not wise to get emotional about business transactions,” he said.

He is open to new investment opportunities in the sector and does not rule out making a fresh bid for Spirit, where he served as chairman from 2006 to 2013, if its transaction with JetBlue fails to close.

He dismissed criticism about the quality of customer service, citing data from Europe where budget carriers like Ryanair Holdings Plc and Wizz Air have over 20 percent of the market share and dominate short-haul leisure travel.

This article was written by Rajesh Kumar Singh from Reuters and was legally licensed through the Industry Dive Content Marketplace. Please direct all licensing questions to [email protected].