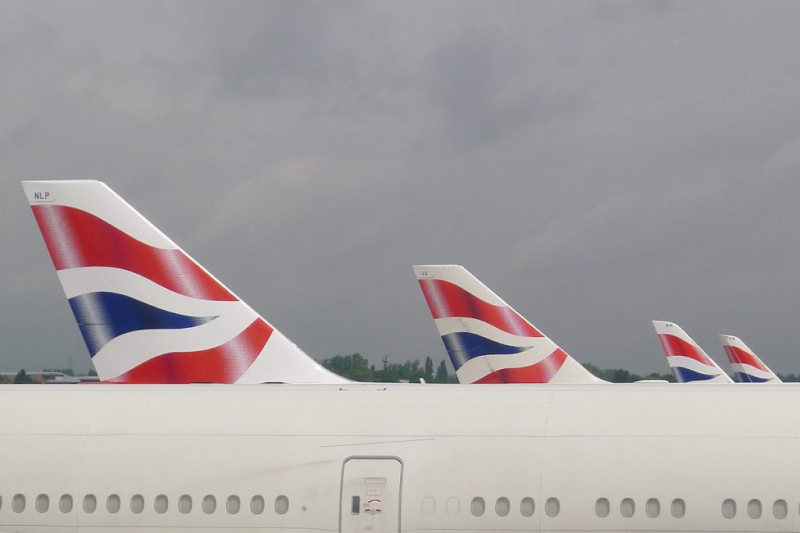 IAG’s Avios points are coveted among people who want free or reduced-priced flights. A company might prefer to adopt its currency rather than start its own program. But IAG needs to invest in technology to make earning and burning a more attractive proposition for consumers.

Earlier this year, International Airlines Group, or IAG, took over parts of the Qatar Airways loyalty program, replacing a currency scheme little known outside the Gulf with one that resonates with points-mad customers in Europe and North America.

Now, IAG, which owns British Airways, Iberia, Aer Lingus, Vueling and Level, is searching for other programs that might use (and pay for) its Avios currency, a top executive said in an interview.

“They have taken the currency, and we have worked with them so they still own the program,” Adam Daniels, chairman and CEO of IAG Loyalty, said of the Qatar agreement. “It is slightly different than what others have done before. We think it has potential.”

IAG and Qatar Airways have a closer relationship than most airlines, with Qatar owning about 25 percent of IAG. But Daniels said a relationship could work with any partner, including a non airline. As loyalty becomes a bigger business, Daniels said, companies with less attractive programs may want to outsource them to name brands with bigger reaches.

A spokeswoman for IAG Loyalty said Qatar’s Privilege Club enrolled “tens of thousands” of new customers in the first month after switching to IAG’s Avios currency.

Broadening the program’s scope could lead to increased profits for IAG. Loyalty is one of the company’s six operating segments — the other five are airlines — and according to executives, one of its fastest growing.

IAG does not break out results from its loyalty arm, but CEO Luis Gallego said on a July earnings call that loyalty increased its contribution to the company’s results in the past year. In a filing, IAG reported its “other revenue” increased 14 percent in the quarter ending in June, compared to the same period in 2019. It said the increase was mostly driven by its vacations and loyalty businesses.

“We are growing double digits, and we continue to believe we can keep doing that,” Daniels said. “We can deliver value back to customers and the airlines. Increasingly, this revenue stream is going to be very important to them.”

Loyalty May Not Be What You Think It Is

Today, passengers can still earn miles by flying, but at most airlines, that’s a small part of the enterprise. Instead, it’s helpful to think of the miles (or points) as a currency created by an airline, essentially from nothing. Airlines sell the points to other companies, which use them to persuade people to buy or keep a product. That’s how 1800flowers.com gets all those American AAdvantage Miles, allowing it to give customers 10 miles per dollar spent.

“Airline loyalty points will always have a magnetic attraction that no other loyalty currency can match,” said David Feldman, a partner for airline and hotel strategy at New World Loyalty. “That’s why every copy-and-paste Shopify loyalty program can’t motivate customers the same way a frequent flyer program can.”

For U.S. airlines, credit cards are the big customers, with major banks spending billions of dollars to secure relationship with all the major airlines. IAG has credit card deals, too. The company said in July increased its earnings from its American Express deal in the UK by 54 percent compared to 2019.

But non U.S.-credit card deals are typically less lucrative, because other countries cap interchange fees on card purchases, reducing how much money is available for rewards. As a result, IAG has focused on different products, including other types of bank accounts. By dangling Avios as a reward, Daniels said, banks have realized they can get customers to change from one bank to another. “It is notoriously difficult to get people to switch,” he said.

Daniels said the focus on non-air partners is paying off. On its most recent earnings call, held July 29, IAG told investors that the number of Avios earned by customers on non-airline partners increased 19 percent in the second quarter, compared to 2019.

IAG is ready to invest further, Daniels said. Before the pandemic, he said, “some people believed that this was kind of funny money or there were smoke and mirrors and that loyalty doesn’t deliver the returns that some people thought it could. I think the pandemic ended that argument. We have seen these businesses are robust.”

Where to Go Next?

While the Qatar Airways deal received considerable attention, most airlines prefer to run their own loyalty schemes, so they can control the entire experience, suggesting IAG might not find other willing carriers. But IAG is willing to go beyond, Daniels said.

“I wouldn’t constrain this discussion just to airlines,” he said. “I could see scenarios in which we do deals with other partners, like hotels, and retailers. If you have expertise in the loyalty field, and you have a currency that people want to collect, that is very powerful.”

It’s a reasonable strategy, Feldman said. Airlines typically have not gone so far afield, but there have been other successful pan-industry loyalty programs. One is an Avios partner, Nectar, which counts more than 300 partners. It is owned by Sainsbury’s, a major UK Supermarket chain, but many stores and companies that use its currency are not owned by the firm. Customers can redeem Nectar points across industries, and have the option to convert them Avios points at the rate of 400 Nectar points to 250 Avios.

“Coalition programs, where multiple brands in different verticals share a common currency, or piggyback on a major airline currency, have been successful in markets around the world, with the exception of the U.S.,” Feldman said. “They certainly can be the right answer for many brands. But when it comes to loyalty – one size doesn’t fit all in most circumstances. Ultimately, loyalty is about consumer behavior, and that means the considerations for every brand and every market will be different.”

What Could Go Wrong?

One potential problem is technology. Loyal frequent flyers on IAG airlines complain about the technology platform behind the current system. While the airlines share a common currency, consumers often complain it is challenging to transfer points among them. An Avios point living in the Iberia system is not quite the same as one in the British Airways’ system.

Daniels acknowledged the technological issues, comparing them to similar ones faced by other airline companies. “We are certainly not completely out of that, but we are able to move faster,” he said.

There’s also redemptions. These programs tend to work best when people believe they can use their points and miles for free flights. But at times, airlines have been stingy with redemption seats, making it challenging for consumers to use their miles. That’s OK, to a point, but not if it means people no longer want to collect the currency.

British Airways guarantees it will make at least 12 award seats open on short-haul flights and at least 14 on long-haul flights, including four in business class. But other airlines often are stingier.

If the program grows, IAG Loyalty may be able to prod airlines into releasing more seats. Or, Daniels said, it might get creative. In May, Qantas announced its loyalty program would make every seat on 1,700 flights available for redemptions.

“I think we are going to see more of that,” Daniels said. “I can see a scenario in which we fly for redemption first. We could charter flights.”