In Hanoi, the authorities close the coffee shops located on the famous street

Street where trains moving on rails just a meter from the houses, has long been one of the most popular tourist destinations in Hanoi and an absolute favorite on social networks.

However, being there is quite dangerous. The railway is still functioning, traffic is open on it, and tourists like to sit, lie down and pose right on the tracks.

In recent years, the authorities have tried several times to close the street to tourists, and each time the situation returned to normal. In 2019, it was officially announced that there were no more tourists on Train Street, and the cafes went bankrupt. However, in fact, nothing has changed: people pose en masse on the tracks, trains continue to run inches from street tables, establishments earn money. 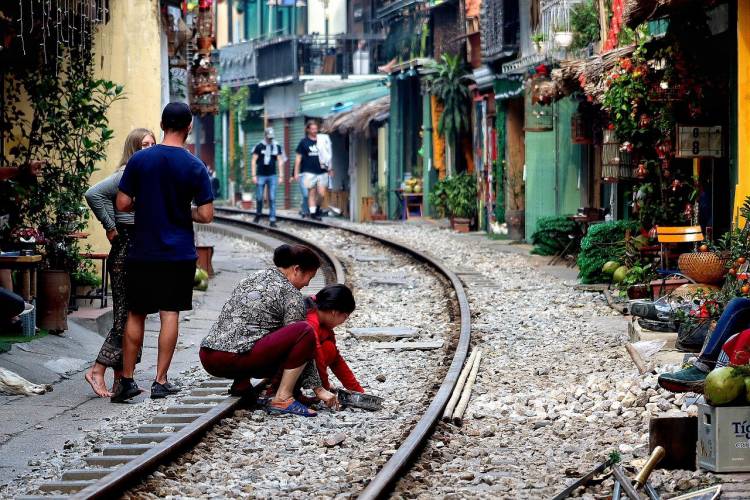 Today, the Hanoi government is taking the toughest stance, revoking all licenses for coffee shops and other businesses along the street. It is impossible to work without licenses and all of them should close soon.

In addition, the authorities are erecting barricades to keep tourists out.

Shop owners complain that only a few have notified them days ago. And the locals, who live in the Train Street area and make a living from tourists, react very negatively.

Meanwhile, the Vietnam Railway Corporation, which operates the line, recently proposed fines for cafe owners, street vendors, and anyone who takes photos and videos in the immediate vicinity of the tracks.