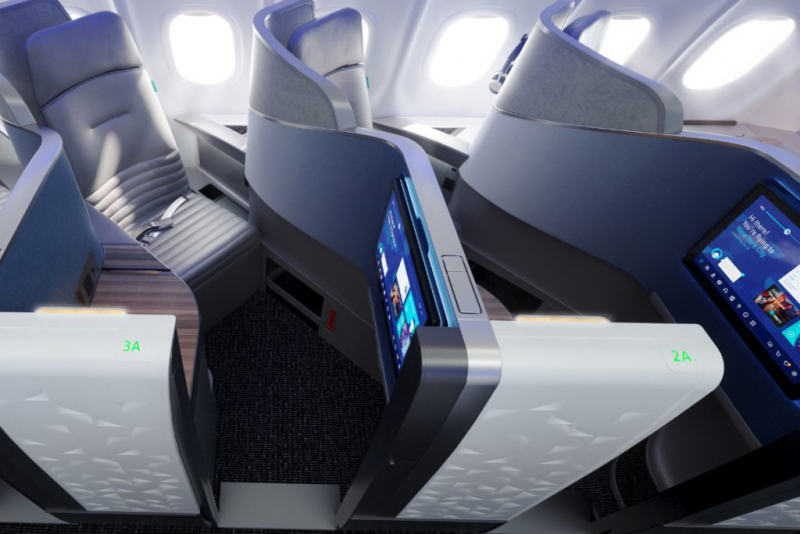 The U.S. Justice Department, six states, and the District of Columbia are urging a federal judge in Boston to force the two carriers to scrap their Northeast Alliance (NEA), calling it a “de facto merger” of their Boston and New York operations in which they coordinate flights and pool revenue to the detriment of travelers, who face $700 million in extra annual costs.

Hayes said that JetBlue did not consult with American on pricing in the northeast or anywhere else, and did not pull its punches in competing with American.

“Outside of the NEA, we are full-blooded competitors,” he testified before Judge Leo Sorokin, who will decide the case.

Hayes said JetBlue had been interested in joining the alliance to fend off competition from Delta Air Lines in Boston and to expand in congested New York area airports.

For example, he said, JetBlue had 150 or 160 departures a day at JFK before the alliance but is now up to about 200, using what had been American slots.

“We entered the Northeast Alliance because it will allow JetBlue to accelerate our business model in the northeast,” he said, adding that JetBlue, which has a reputation in the industry of being a disruptor, had no plans to change.

JetBlue also has a plan in place to buy low-cost rival Spirit, a deal that is expected to face a tough antitrust review.

Airline mergers in recent years have led to a highly consolidated industry, in which American, Delta, United and Southwest Airlines control over 80% of domestic travel, the government has said.