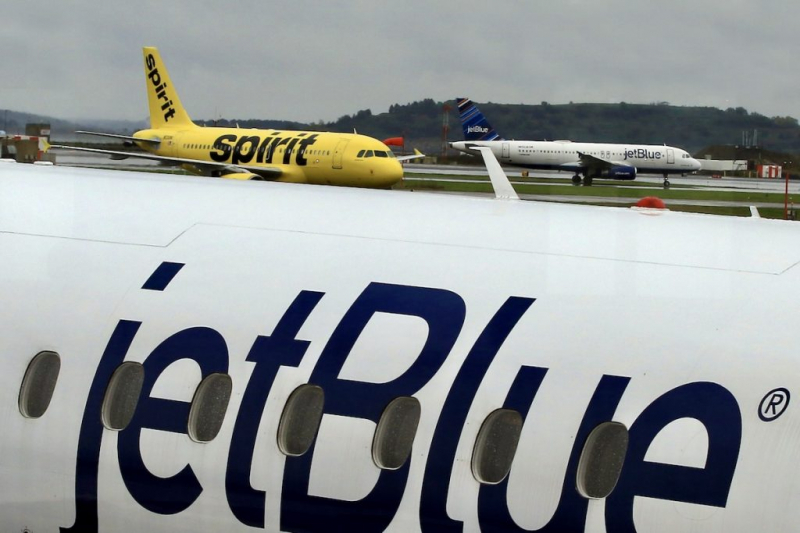 It’s taken JetBlue four attempts to buy Spirit. Now it’s crossed the line in a deal that’s worth $3.8 billion, as long as it doesn’t raise any antitrust red flags in Washington, D.C.

It’s the end of the saga, as JetBlue Airways has now finalized a deal to buy Spirit Airlines for $3.8 billion, just hours after the airline pulled the plug on a merger agreement with Frontier Airlines.

It first made a counterbid on April 5. Almost four months later, and with four revised bids, JetBlue confirmed the deal on Thursday.

Its acquisition of Spirit would create the U.S.’s fifth-largest carrier, with a fleet of 458 aircraft and an order book of over 300 Airbus aircraft.

“In the end, JetBlue won the battle. But the story might not be over yet. The merger requires approval from competition regulators which is hardly a slam dunk,” said Jay Shabat, senior analyst at Airline Weekly, a Skift brand.

JetBlue is to also expand its no furlough commitment to Spirit’s team members as they join after the acquisition closes. “JetBlue is committed to working with labor leaders at both airlines and JetBlue values committee representatives to ensure the combination supports the needs of those that operate the airline,” it said in a statement.

JetBlue said it will offer its combined 77 million customers more options and choices, and that the acquisition would accelerate its organic growth plan with more than 1,700 daily flights to 125 destinations in 30 countries, based on December 2022 schedules.

“Buying Spirit provides JetBlue with more scale and removes one of its leading rivals, especially in the large and price-sensitive Florida market,” Shabat added.

The terms of the deal involves JetBlue acquiring Spirit for $33.50 per share in cash, including a prepayment of $2.50 per share in cash payable upon Spirit stockholders’ approval of the transaction and a ticking fee of $0.10 per month starting in January 2023 through closing, for an aggregate fully diluted equity value of $3.8 billion, and an adjusted enterprise value of $7.6 billion.

JetBlue expects to achieve $600-700 million in net annual synergies, and the combined company is projected to have annual revenues of $11.9 billion, based on 2019 revenues.

“We are excited to deliver this compelling combination that turbocharges our strategic growth, enabling JetBlue to bring our unique blend of low fares and exceptional service to more customers, on more routes,” said JetBlue CEO Robin Hayes.

This story is breaking. Stay tuned for more updates.