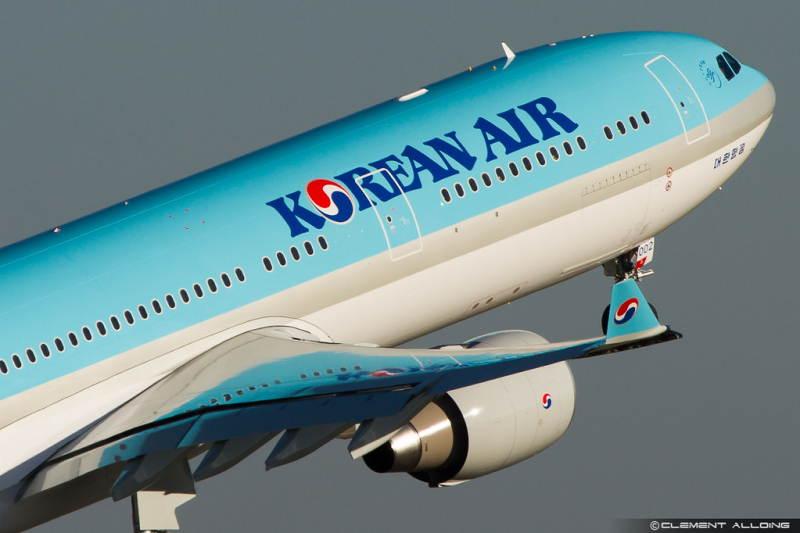 Korean Air enjoys the distinction of being the only global airline not to post any losses during the pandemic, thanks largely to its cargo operations. But if the carrier wants to continue that competitive advantage, South Korea needs to drop restrictions impacting passenger demand.

Around the world, the pandemic left the airline industry in the red. Korean Air’s flight path, however, has been very different as the only airline posting consistent profits, riding on the back of its robust cargo operations.

Despite continued high oil prices and volatile exchange rates, Korean Air achieved a revenue of $2.5 billion and an operating profit of $569.2 million in the second fiscal quarter that it announced this week.

Even though Korean Air posted an impressive $1.2 billion operating profit in 2021, the passenger business is still in fragile recovery. While passenger revenue started bouncing back earlier this year, it still accounts for only 14 percent of total revenue.

The slow recovery in passenger traffic is largely due to the fact that while Korea is relatively open compared to other North Asian countries it is not fully open like Southeast Asia.

Even prior to the pandemic, Korean Air already had one of the largest cargo businesses among passenger airlines. Cargo used to be between 40-45 percent of the airline’s total revenue and that shot up to over 80 percent during the pandemic.

“Having a large cargo operation and a lot of cargo experience enabled Korean Air to pivot more easily compared to other passenger airlines,” said Brendan Sobie of Sobie Aviation, a consulting firm for the aviation industry.

The Past: A Solid Base for Cargo

And while the airline did do a very good job of executing a cargo-focused strategy during the pandemic, what really worked in its favor was the fact that it was based in South Korea — one of the leading export countries worldwide.

“Korean Air cargo has always been able to draw on a strong manufacturing home and other regional source markets but has the organizational and operational flexibility to pivot and bank on emergency shipment demand from East to West, even intra-Asia,” observed Ricardo Pilon, an aviation industry expert and former executive.

As one of the air cargo market leaders on the popular cargo routes between Asia and the Americas, Korean Air could take competitive advantage of the strong growth rates over the past few years, without which it would have been impossible to grow cargo to a size that could have made the airline profitable during the pandemic.

“In addition to that, being backed by the parent company and one of the world’s leading logistics providers, Hanjin Group, gives Korean Air an advantage in the air cargo business sector,” noted Linus Benjamin Bauer, founder and managing director of Bauer Aviation Advisory.

However, even while the airline had to overcome supply chain disruptions caused by the prolonged war in Ukraine and lockdown in its most important market – China, Korean Air strategically shifted its focus to the transport of high-demand emergency relief supplies, parts for the automotive industry, electronics, and semiconductors.

The shift of demand from sea cargo to air cargo in Asia due to the closing of Chinese ports further propelled a shift to air for time-sensitive cargo.

“Korean Air has also recently modernized its cargo reservation and revenue optimization technology stack, which has helped it to respond to the market and cargo space requests faster,” said Pilon.

The Present: Building Back Passenger Operations

As air capacity and demand improvements continue across Asia Pacific, Korean Air is gradually building back its passenger operations. And while the cargo business has come down from its pandemic high, this division is still strong.

While the airline is not carrying as many passengers as other airlines, the passenger yield is very high, noted Sobie. However, he added that Korea needs to open more and ease or waive the pre-departure and on-arrival testing requirements as this is impacting passenger demand.

“The issue in today’s market is not so much that the passenger markets recover but the regional variations,” said Pilon, adding that for Singapore, Hong Kong, Japan and South Korea, pandemic-related restrictions have caused market share shifts that are more difficult to recover from.

With recovery picking up pace in Europe, Middle East, Southeast Asia, and the Americas, North Asian countries, including South Korea, are still working their way through the recovery.

Higher levels of Covid-19 restrictions in China, which has been one of Korean Air’s most important markets to date from a cargo as well as passenger perspective, are limiting the aviation traffic to up to 50 percent of its 2019 capacity, said Bauer.

The international travel demand to and from Korea has been rebounding gradually since the reopening of borders in April, driven by the increasing confidence to travel and the relaunch of flights between South Korea and other foreign markets.

Foreign carriers, including Saudia from Saudi Arabia, have entered the South Korean market with new services.

The airline that has expressed its interest to go forward with its merger with rival Asiana Airlines, has also been talking about fleet optimization, and experts opine that the two are related.

The optimization that the airline is talking about is more specific to combination aircraft that carry both passengers on the main deck and cargo in the belly hold, noted Pilon.

Fleet optimization and the Asiana merger will improve the airline’s long-term position, according to Sobie.

“Already a leader in the cargo space, the airline will be even stronger in its home market from a passenger perspective once the merger is completed,” said Sobie.

Pilon said the merger is necessary from a domestic and international market standpoint, and desirable from a cargo perspective.

For the long-term fleet planning process, the potential merger with Asiana needs to be considered.

The integration process by combining two fleets with different operating models, fleet and cost structures will also be a complex task, noted Bauer, adding, “However, any such issues are far outweighed by the positive outcomes. The Korean Air-Asiana deal could lead consolidation moves in Asia Pacific.”

To maintain its gradual recovery in passenger demand and robust cargo demand, Korean Air will have to explore options for the modernization of its widebody passenger and cargo fleets.

The airline is reviewing its two-manufacturer tactic and re-assessing the Boeing and Airbus fleet, specifically the B777 and A330 presenting opportunities for the Airbus 350-900 and Airbus 350-1000, according to Pilon.

Korean Air’s overall outlook is quite bright, but of course like any other airline its outlook hinges on many external factors outside its control — geopolitical and fuel prices, noted Sobie.