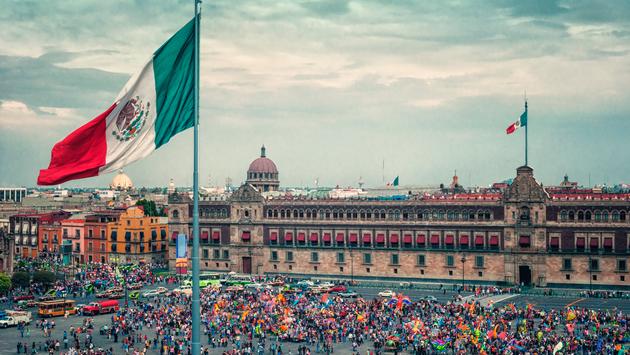 Zocalo Square is at the heart of the Historic Center in Mexico City. (photo via iStock / Getty Images Plus / Torresigner)

The Mexican capital will close 2022 with free artistic and cultural activities and entertainment for the whole family.

These activities include the Christmas Concert by the Mexico City Philharmonic Orchestra, the Festival of Art and Community Knowledge, and the traditional Christmas Verbena in the Zocalo. In addition, there’ll be a stellar performance of Los Angeles Azules on Paseo de la Reforma to welcome 2023.

The Head of Government of the CDMX, Claudia Sheinbaum Pardo, detailed in a press conference the activities and events on tap this year.

“The Festival de Arte y Saberes Comunitarios is the result of the work of the artistic education system of the Secretary of Culture of Mexico City. It includes the PILARES, which are the first access to art, spaces and their acronyms correspond to the Points of Innovation, Freedom, Art, Education, and Knowledge; and the FAROS -the Network of Factories of Arts and Crafts (Faros)-, and finally, the Ollin Yoliztli Cultural Center with the bachelor’s degrees,” said the official.

The festival will be held in different venues of the PILARES and FAROS. Presentations of music, dance, rap, and reading aloud; a monumental collage around the commemoration of the “One Hundred Years of Muralism in Mexico;” monumental alebrijes; a cardboard mural and a virtual tour of Nagoya, Japan; clothing and jewelry catwalks; and bookbinding exhibitions, as part of the events in CDMX for the end of the year 2022, are being contemplated.

Under the guest baton of maestro Eduardo álvarez, classics such as “Sleigh Ride” by Leroy Anderson; “White Christmas” by Irving Berlin; “Winter Wonders” by Felix William Bernard; and “All I Want for Christmas is You” by Mariah Carey and Walter Afanasieff, among others, were played.

Where to spend New Year’s Eve in Mexico City? The Ministry of Culture said that from December 17 to 29, the traditional Christmas Verbena would be held in the Zocalo. There would be more than 50 free cultural activities such as Christmas carols, music, special movie shows, and concerts by artists such as A Love Electric, Astrid Hadad, Son de Madera, Sonex, big bands, and representatives of other musical genres.

La Verbena Navideña contemplates events in CDMX for the end of the year 2022, such as a fair with mechanical games and games of skill such as the wheel of fortune, classic marbles games, and target shooting; pastorelas by the Ballet Folklorico de Mexico de Amalia Hernandez and collectives with which the Ministry of Culture has worked; a snowy forest, Christmas lights and a massive tree of life; in addition, it seeks to project the film Pinocchio, by Guillermo del Toro. 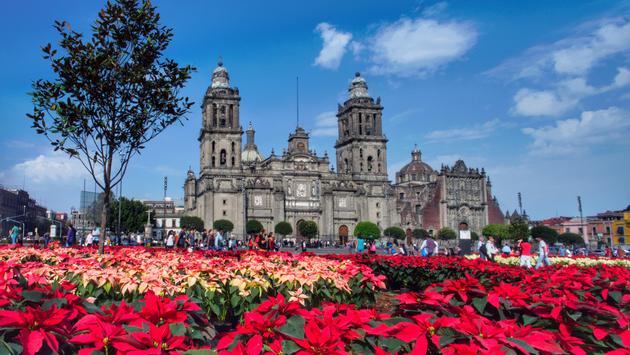 To bid farewell to the year and welcome 2023, on December 31, Los Angeles Azules will play a massive concert at 9 p.m. in Paso de la Reforma. There they will perform classics from their repertoire such as “El liston de tu pelo”, “Nunca es suficiente”, “Mis sentimientos” and “Amor a primera vista.”

The Secretary of Culture of Mexico City closes a year that meant the full reactivation of cultural life in the capital. First, with the return of concerts such as La Maldita Vecindad and Los Hijos del Quinto Patio, Grupo Firme, and the Trasfrontera Festival in Ciudad Universitaria. And more recently, with the traditional Day of the Dead Parade and the International Book Fair in the Zocalo, among many other events.

Here are some of the notable holiday season events taking place in Mexico City:

—Christmas Fair in the Zocalo

—Angeles Azules concert at the Angel of Independence