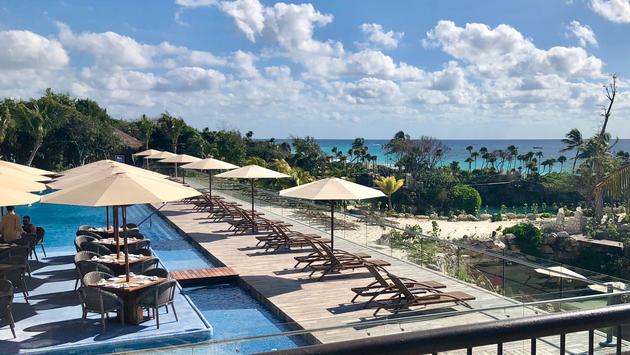 Mexican officials want the U.S. State Department to revise its travel advisories so as not to mislead tourists about the safety of some areas of the country. (photo via Codie Liermann)

It’s all in the wording, say Mexican government representatives.

Tourism officials in Mexico have asked the U.S. State Department to be more cautious with its travel advisories to the popular border country, saying that some areas in the country are much safer than the advisories suggest.

Officials want the warnings to be more concise and more specific than they currently are. The broad nature of the advisories is leaving tourists from the U.S. with the impression that some areas are lawless. According to a Mexico report, both Federal Tourism Minister Miguel Torruco and Mexico’s ambassador to the United States, Esteban Moctezuma, met with U.S. State Department officials on Wednesday to discuss the matter.

In a subsequent press release issued by Mexico with the heading “Mexico and the United States move forward on agreements so that travel alerts are correctly targeted,” it was noted that the discussions had begun as far back as May.

Some destinations have received U.S. State Department ‘Level 4’ advisories, another bone of contention by the Mexican government representatives. Because of the obvious close proximity of the two countries, Mexico derives most of its tourism from the United States.

“We live in an era in which the destiny of countries is not built in an individual and isolated way, but jointly with friendly nations. In North America we’ve understood that prosperity and security will be greater and stronger if we work together,” Torruco said.

Angela Kerwin, deputy assistant secretary with the State Department’s Bureau of Consular Affairs, said that “timely information is the key to promoting tourism … to Mexico. In this way tourists and United States residents [in Mexico] will know the condition of the destination they’re visiting or where they live in a timely way.”