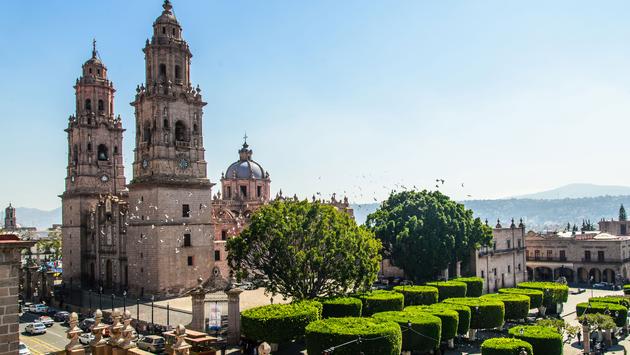 The Mexican state of Michoacan, which obtained a 2010 UNESCO designation as Intangible Cultural Heritage of Humanity for its cuisine, was selected as the venue for the VII Gastronomy Forum, to be held in October 2023.

Undoubtedly Michoacan gastronomy is one of the greatest assets of the state. Its relevance concerns the local, regional, and national levels and is also highly recognized internationally.

Thus, the VII Gastronomy Forum would place the Mexican culinary culture again in the global context, allowing an exchange of knowledge and experiences from protagonists and world influencers.

The event will gather food producers, traditional female cooks, professionals of culinary culture and the Mexican food system, as well as academics, teachers, students, and lovers of good cuisine, who will share their knowledge through conferences, dialogues, round tables and panels with the participation of national and international scholars.

The program of the presentations will be shared later on the different platforms of the Conservatory of Mexican Gastronomic Culture and Mexico’s Ministry of Tourism.

It is worth recalling that Michoacan has received five UNESCO awards.

UNESCO recognized its cuisine as an Intangible Cultural Heritage of Humanity in 2010 as “Traditional Mexican Cuisine, community, ancestral and living culture – The Michoacán Paradigm.”

To achieve this appointment, the work of the female cooks of Michoacán was fundamental since they contributed with their knowledge, shared their culinary heritage, and transmitted their community traditions. A cultural pattern based on ancestral products that prevail today is endemic crops, such as corn, in Lake Patzcuaro and Zirahuén. The milpa, with corn, pumpkin, beans, and chili is the axis of agriculture of these peoples.

In traditional Michoacan cuisine, different culinary techniques have endured since pre-Hispanic times, such as nixtamalization, whose cooking technique does not use fat, which makes their dishes very healthy. A series of aromatic and medicinal herbs such as anise, peppermint, or avocado leaf are used, which are grown in the female cooks’ backyards.

Also, UNESCO awarded The Night of the Dead as a celebration of memory because it is believed that the soul of the deceased returns to the world of the living to live with their loved ones, and thanks to its architectural beauty, the Historic Center of Michoacan capital city Morelia has been distinguished as “Cultural Heritage of Humanity.”

Also, the ritual ceremony of the Voladores. Along with other flyers settled in different parts of the country, such as Papantla, it has been recognized by UNESCO.