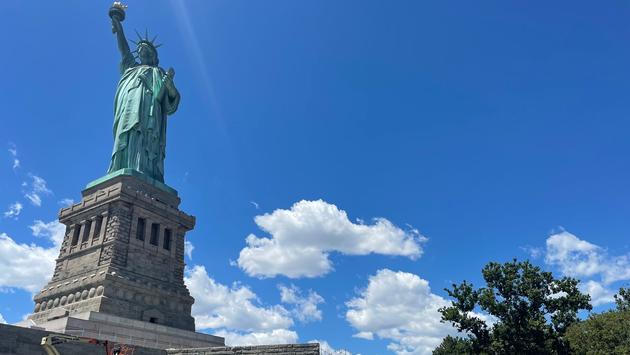 The Statue of Liberty in New York City. (photo by Patrick Clarke)

New York City is returning to traditional patterns of tourism and evidence of that is the return of a “shoulder season” offering discounts on hotels, restaurants, attractions and more, according to Fred Dixon, CEO of NYC & Company, the city’s tourism agency.

Speaking at an event that featured a live dance performance by the famed Radio City Rockettes and a video pitch from Mayor Eric Adams, Dixon said that while the holidays in the city get a tremendous amount of attention and 30% of annual visitors arrive in the fourth quarter, the winter is often overlooked.

As a result, said Dixon, a promotion called NYC Winter Outing will run from Jan. 17 through Feb. 12 and will include NYC Restaurant Week, NYC Broadway Week, NYC Must-See Week and NYC Hotel Week (which begins earlier than the others on Jan. 3). Dixon said that NYC Winter Outing provides tremendous values on virtually every aspect of a visit to New York City in January and February, making the winter season incredibly attractive. 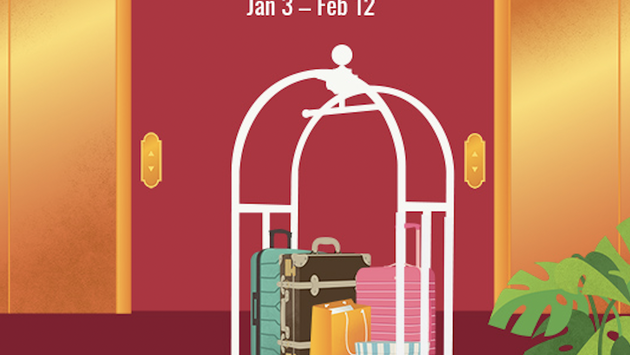 NYC Hotel Week reservations are available now, said Dixon, for rooms that represent savings of up to 23% over standard rates at over 140 hotels — and counting — in the city’s five boroughs and in every category. Discounts and other benefits will be highlights of the other promotional “weeks’ as well.

In what Dixon called “ a great commercial,” Adams said, “I am thrilled to announce the return of NYC Hotel Week, offering deals of a lifetime to an array of hotels across the City.” He continued, “Whether you want to catch one of our world-class attractions, dine at the finest restaurants or unwind at our luxurious hotels, New York City has it all right here in our backyard, across all five boroughs. Our city is open for reservations, so book yours today!”

New York is now at 85% of pre-pandemic visitation, according to Dixon, with a projected 56.4 million visitors in 2022, and the city is aiming to get a jump start on the new year with the value-oriented Winter Outing proposition.

There are now 124,000 hotel rooms in the city with 11,000 more to come in the next three years as demand remains strong (the event was held in the recently opened Hard Rock Hotel New York in Times Square.) Hotel performance has held steady across New York with the highest weekly occupancy levels and average daily rates (ADR) among the top 25 markets in the country, with fall 2022 hotel demand recovering to around 90% of the 2019 benchmark each week.

Karin Kopano, managing director of the Hard Rock New York, said “New York is back.” She said the music-oriented brand has found its “natural” home on 48th street, long the home of recording studios and music stores.

Dixon said visitors are traveling differently these days – seeking out smaller businesses and lesser-known attractions in less visited areas of the city. Also becoming popular now are multi-cultural options created by the tourism office including Black, Latin and Asian themes as well as the first Halal Guide in the country.

Charles Flateman, chairman of NYC & Company and executive vice president of the Shubert Organization, which operates multiple Broadway theaters, said that NYC Winter Outing is “a great way to tie all of the city’s attractions together.” He said Broadway is looking strong with 10 new shows opening in the near future and a new Museum of Broadway just opened in Times Square. He said that last week Broadway shows brought in $32 million from an audience of 220,000.

If travelers don’t book a trip now, said Flateman, they may miss out on a time of year when they can get the best value and enjoy the best the city has to offer.

And Anne del Castillo, commissioner of the office of media and entertainment, said that New York is “an oasis of light in the winter.” If we’ve learned anything in the last few years, she said, “it’s how essential New York is as a place to go during the darker days of the season.”