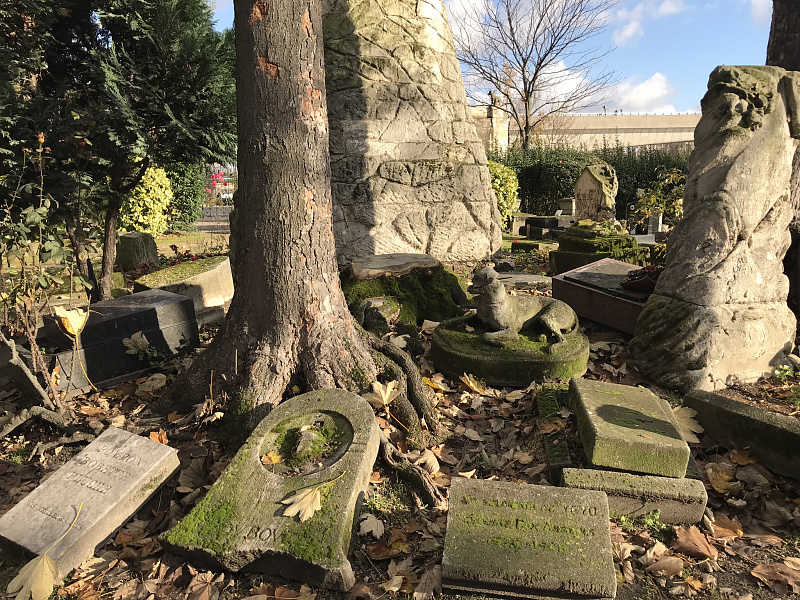 According to a friend who lives in the Asnières-sur-Seine area, the best option is to take the train to the Gare d'Asnières Sur Seine station and walk from there. Also a normal option is to get to the Mairie de Clichy metro station, but here you will need to cross the bridge: in spring, autumn and winter it can be very windy here. He did not recommend  Gabriel Péri station, as the crime rate, according to him, is high there, since it is a Muslim-Negro area.

Simetière de Chien is the 1st animal cemetery in France and the 2nd animal cemetery in the world, founded and opened in 1899 by the lawyer and actress Marguerite Durand. It is a small area elongated in length, bordering the banks of the Seine. Many famous French animals are buried here, famous both on their own (rescue dogs, actor dogs), and thanks to their owners – famous French personalities. content/uploads/kladbishhe-domashnih-zhivotnyh-v-parizhe-kladbishhe-sobak-v-parizhe-bb6fc95.jpg” alt=”Paris pet cemetery | Paris dog cemetery” /> 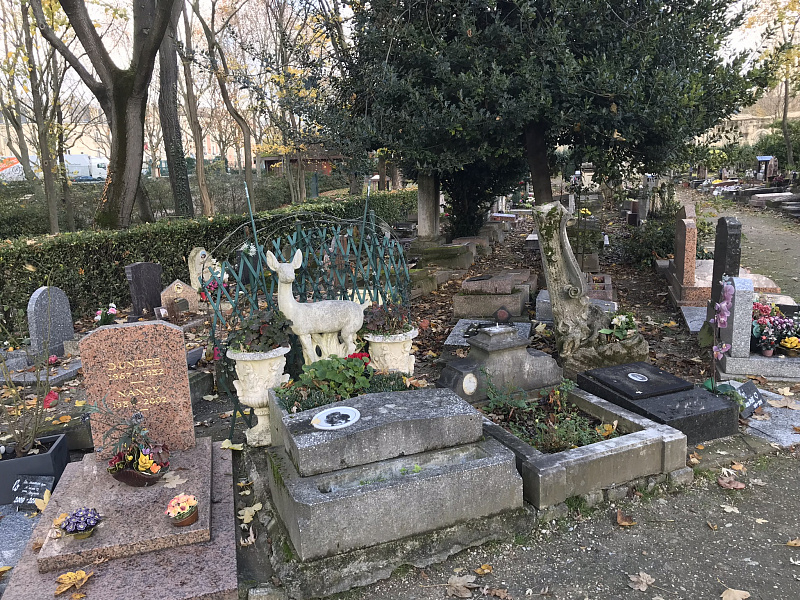 Ordinary pets are also buried here. For example, there is a grave of a horse, a lion, a gazelle, a chicken, and a turtle. Well, of course, there are many graves of rabbits, birds, hamsters, cats and dogs. 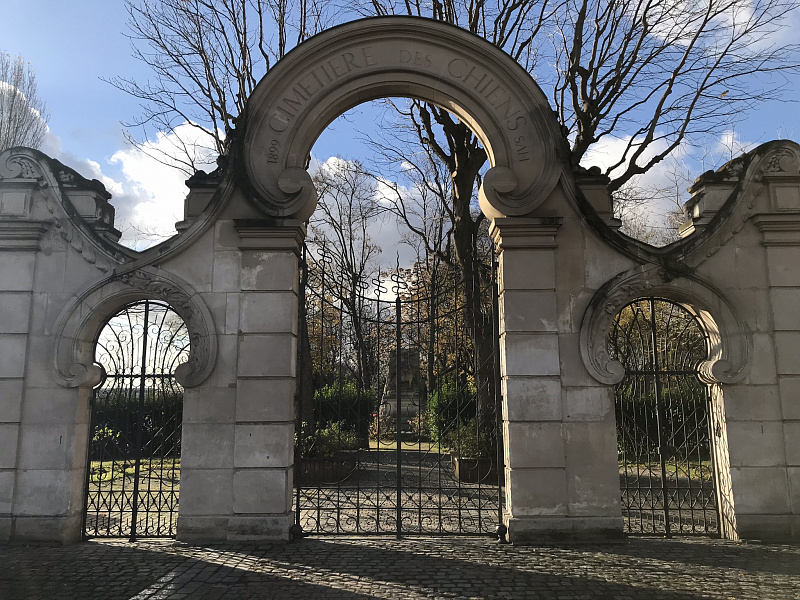 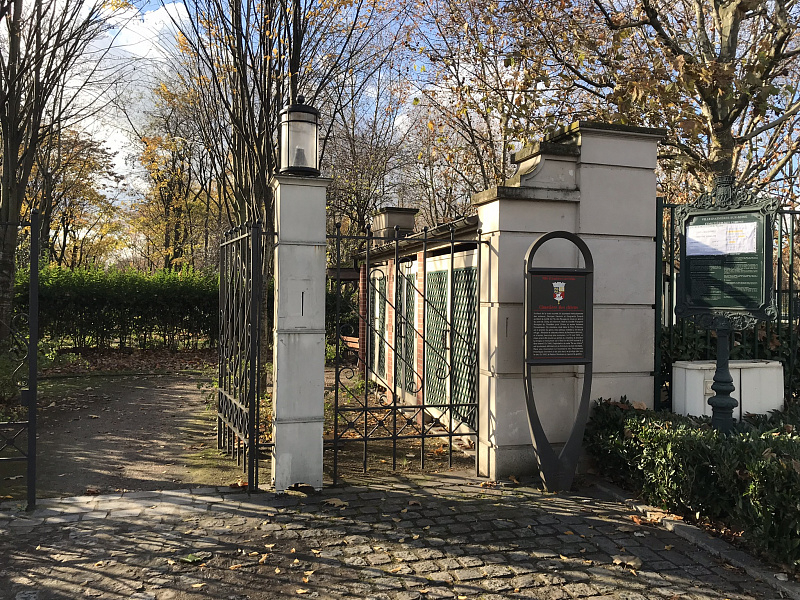 Cemetery of dogs in Paris

Entrance here through the gate, to the right of the large beautiful gate. There is a ticket office here where you need to purchase a ticket worth 3.5 euros for adults and 1.5 euros for children who will go to landscaping. 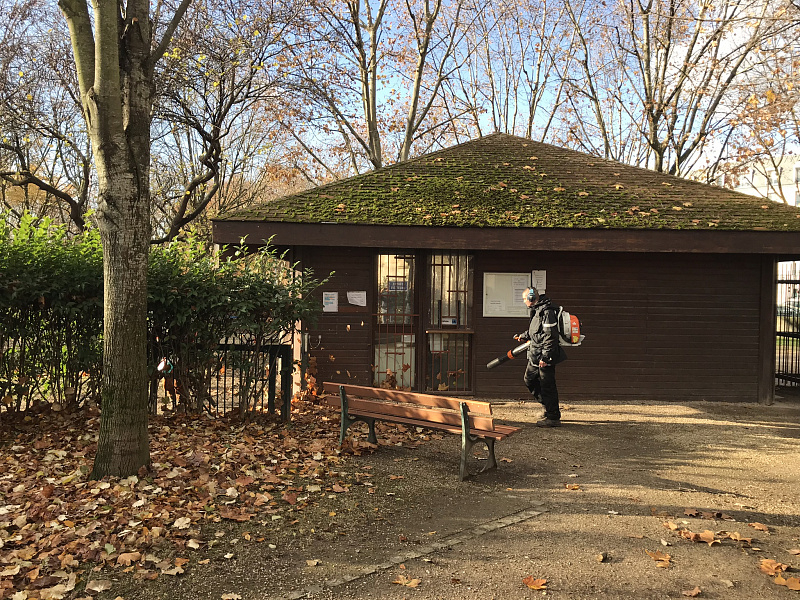 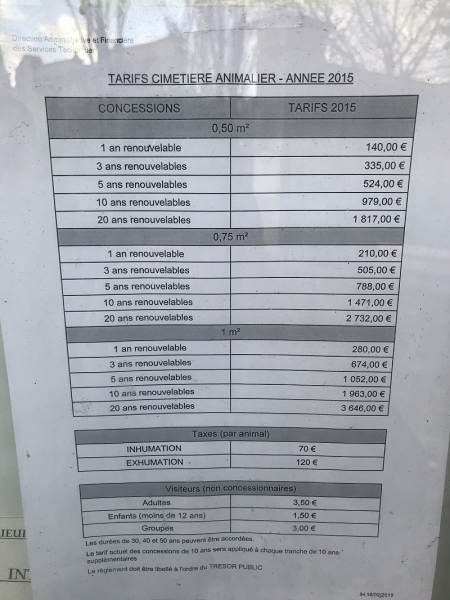 The cost of animal burial

Right at the entrance is perhaps the most grandiose local monument – a dog named Barry (more precisely, it is dedicated to all rescue dogs). 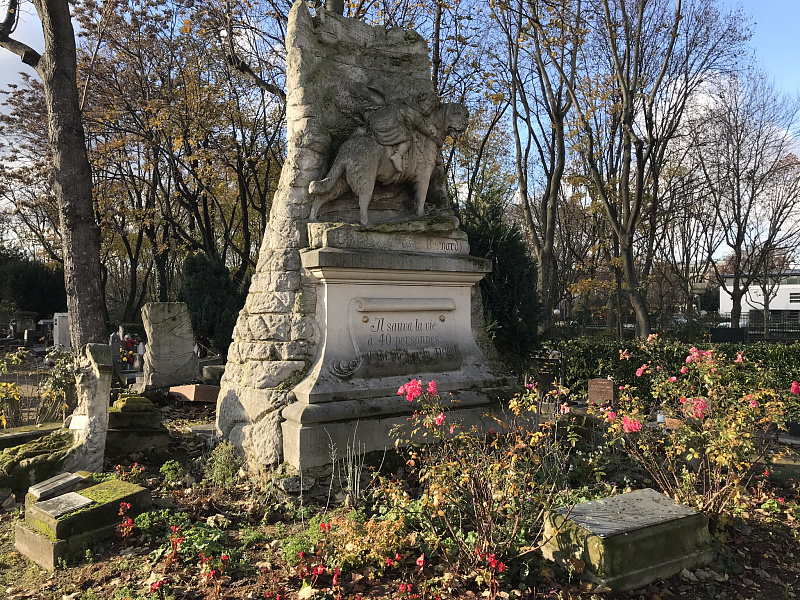 Monument to a dog named Barry

This St. Bernard worked in the mountains and saved 40 people. In fact, he is not buried here, as he is exhibited in the Bern Museum.

The territory, in general, is not very large, it is planned by alleys – it is cozy and beautiful here. Cemeteries in autumn, when the leaves fall, look beautiful. 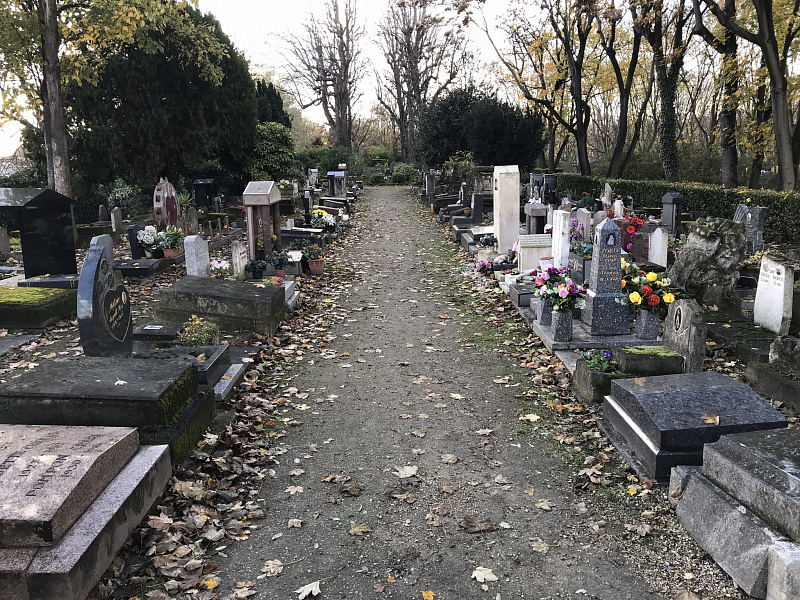 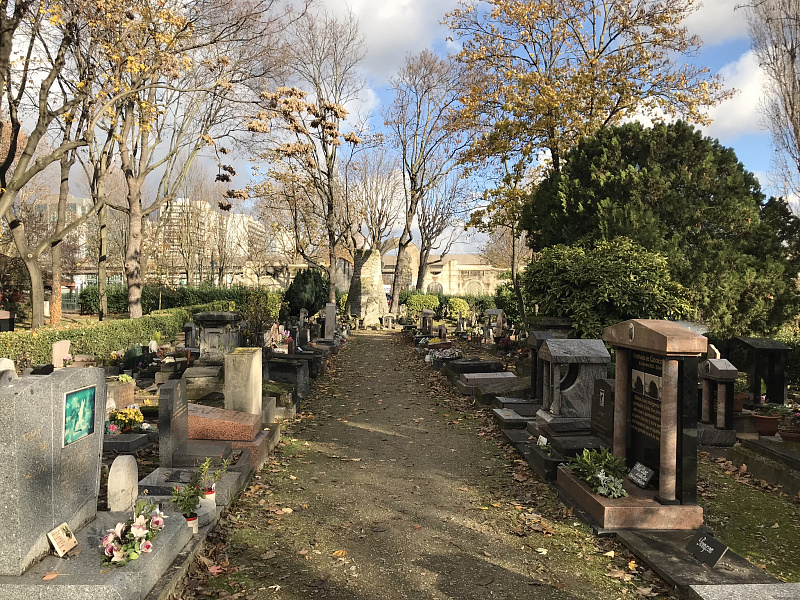 I tried to photograph the most memorable tombstones. Everything shows that the masters worked on them for more than one day. Some of them are very well maintained – fresh flowers and toys. 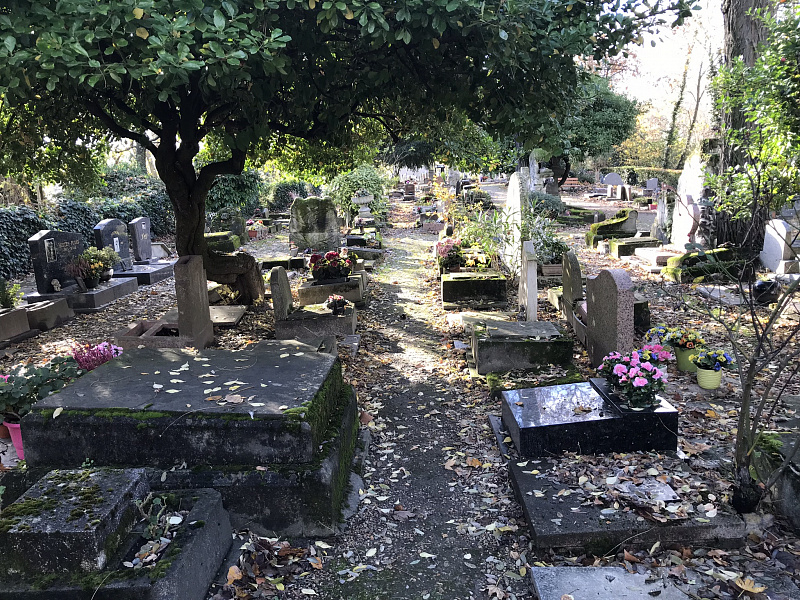 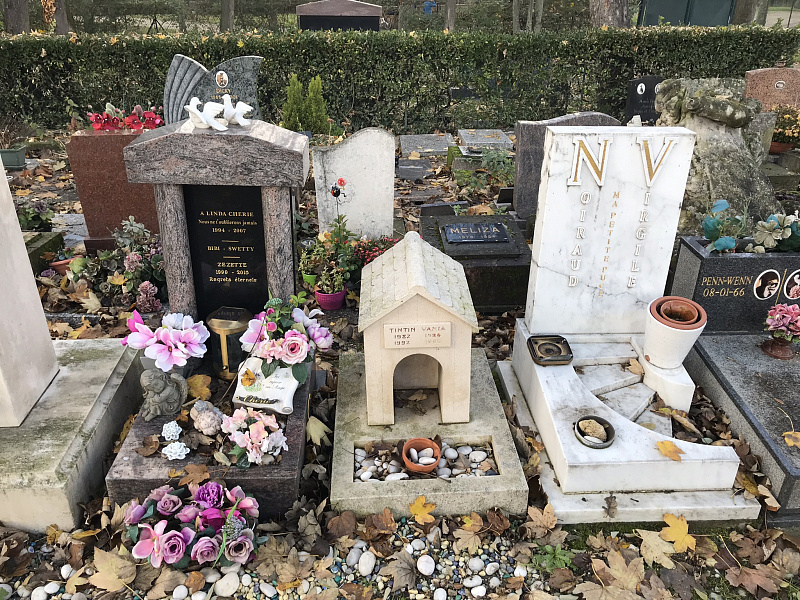 It is now the end of November, and some graves are already decorated with Christmas motifs.

Tombstones, photo 4< p>So nice, the owners do not forget about their pets.

Sometimes there are very old graves. For example, this one is from 1929: 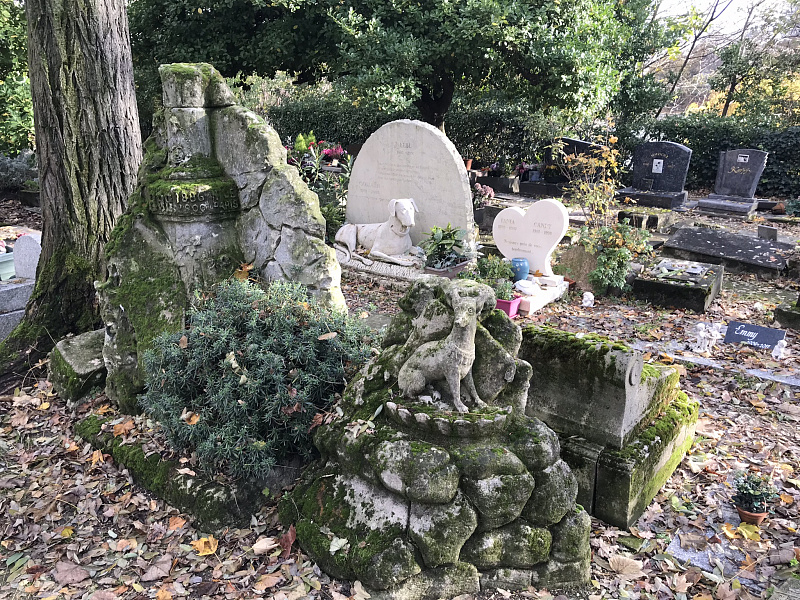 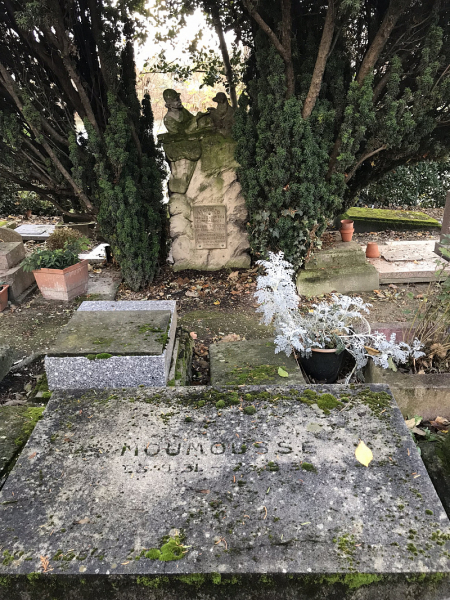 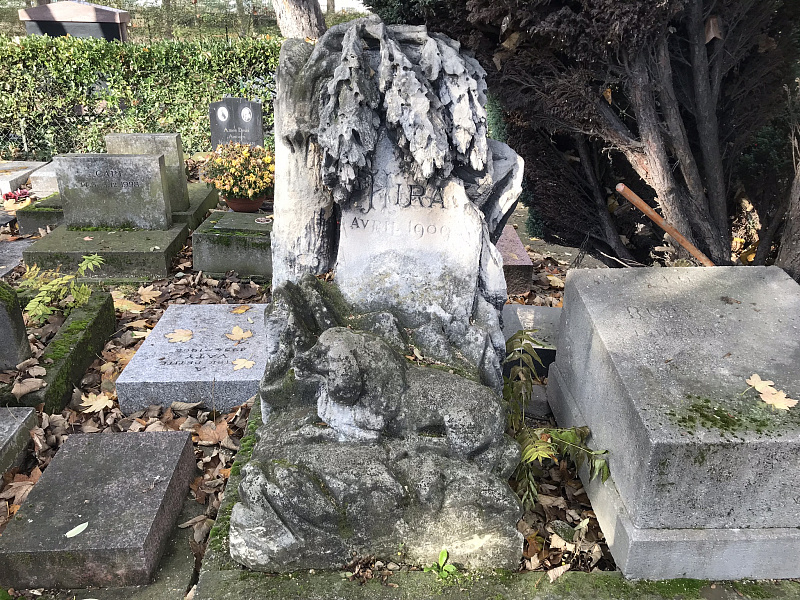 Some of the monuments to the graves do not show when they were placed, but it is clear that they are very old: 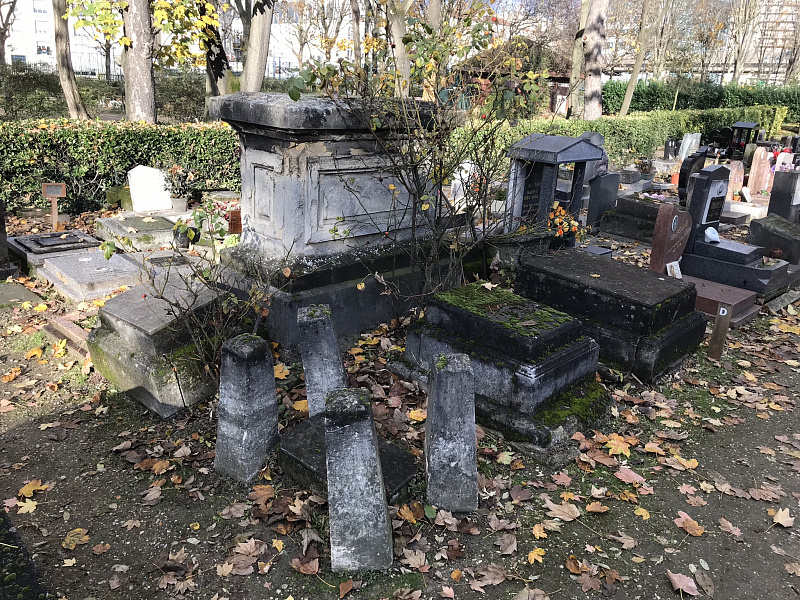 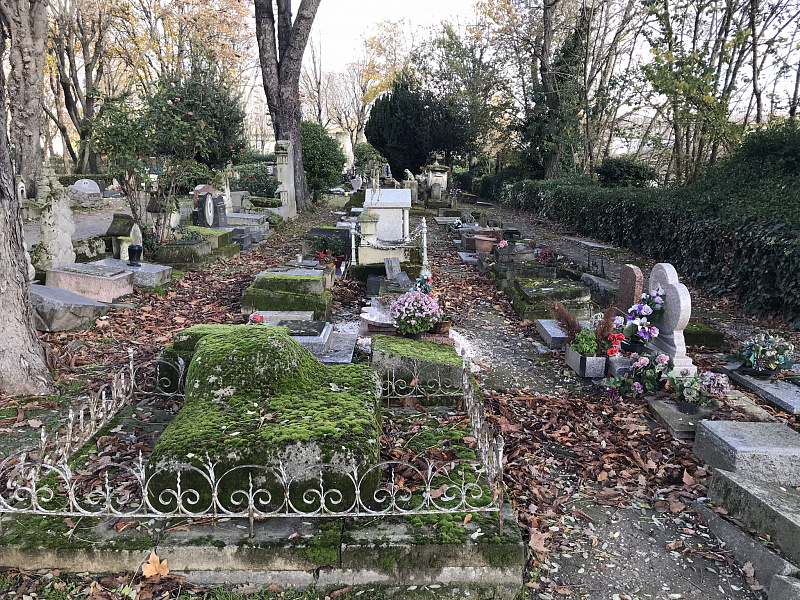 I also liked a very modest and stylish monument to a cat: 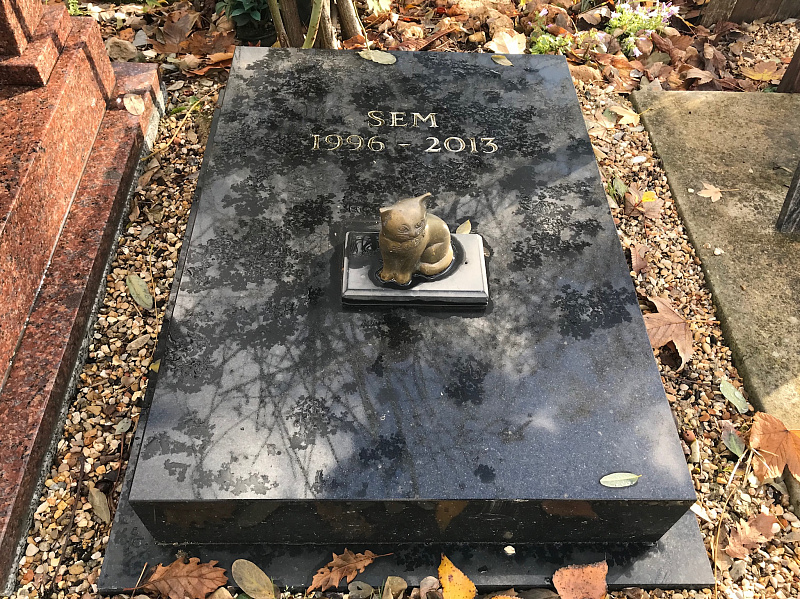 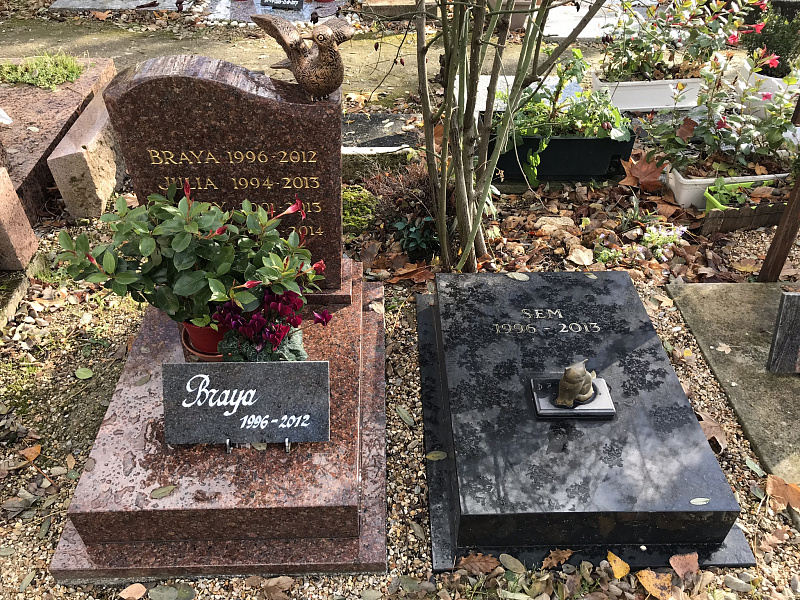 And the monument to this cat looks impressive: 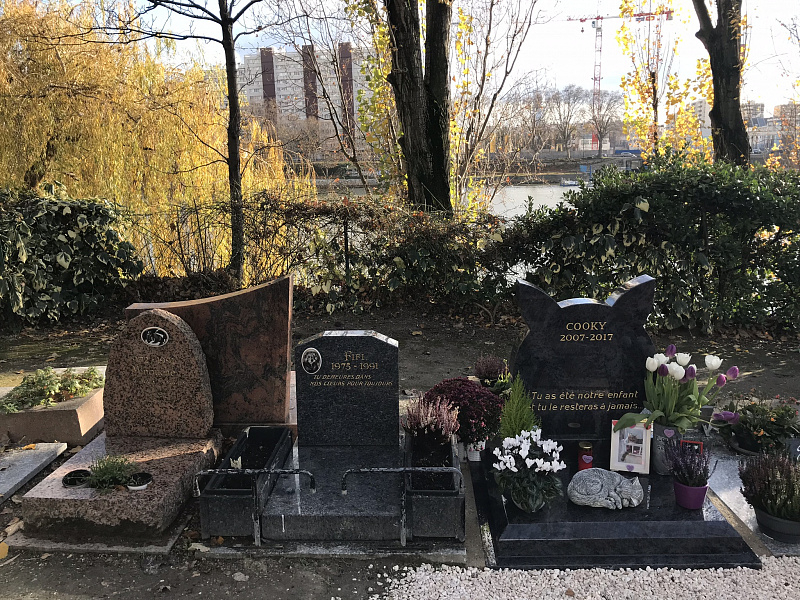 And here is a very peculiar grave for a dog:

and here too – with pictures of the cat at the bowl: parizhe-e3809b5.jpg” alt=”Cemetery for pets in Paris | Cemetery for dogs in Paris” />

Sculptors worked on some of them: 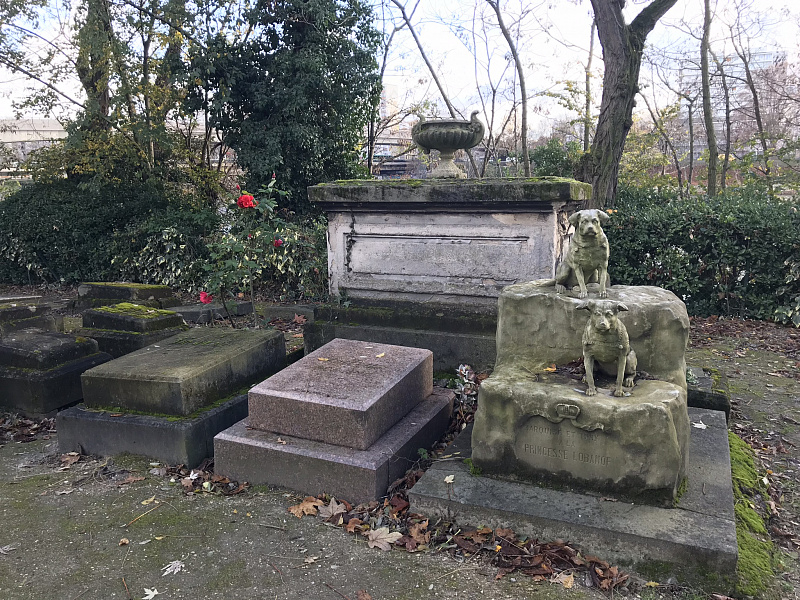 Different animals rest here, for example, the grave of a turtle: v-parizhe-7764d7c.jpg” alt=”Cemetery of pets in Paris | Cemetery of dogs in Paris” />

and these are rabbits: 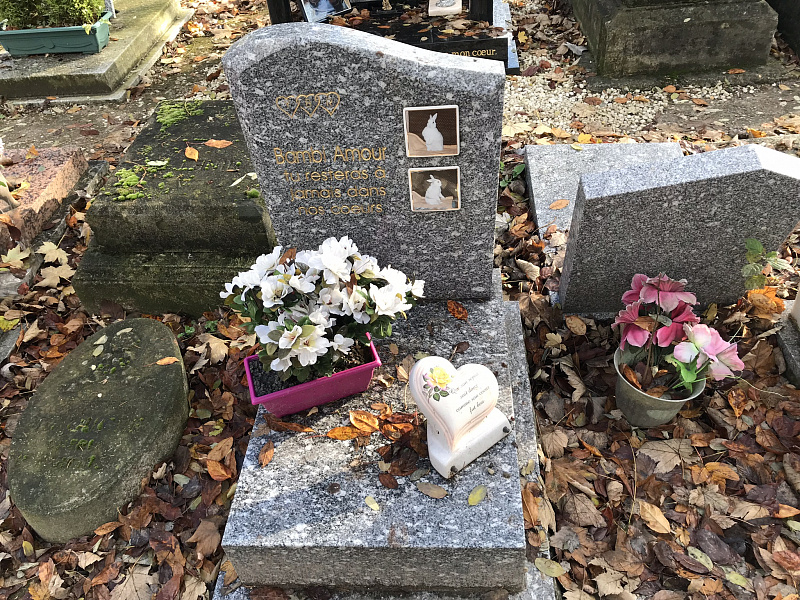 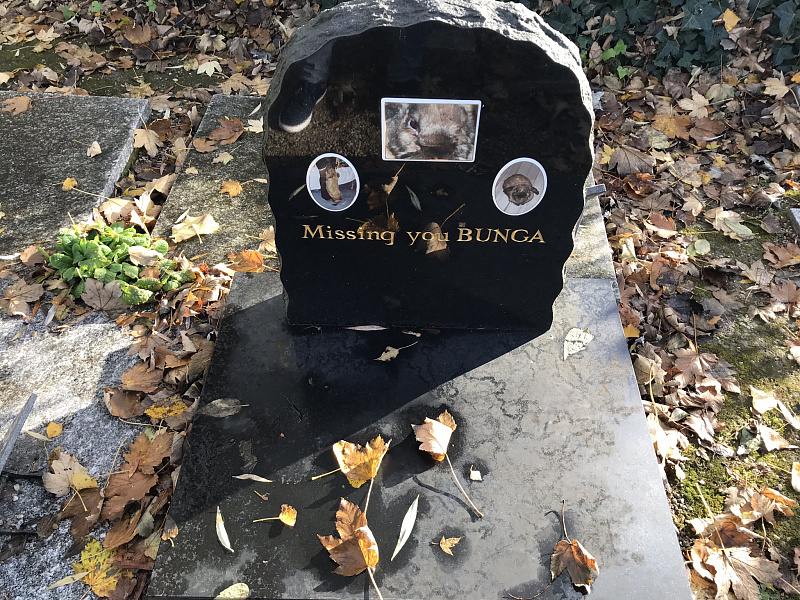 Here is a bird:

Some graves with several pets that died at different times: When we were here, there were no tourists at all. I only noticed this girl who came to the grave, apparently to her pet. kladbishhe-sobak-v-parizhe-4d354e2.jpg” alt=”Pet cemetery in Paris | Dog cemetery in Paris” />

The girl in the animal cemetery

Stood at his grave for a long time, silent. So sad..

If you are looking for interesting and unusual places in Paris, I advise you to spend time and come here, to the Cemetery of Dogs. It is small, you can walk around it in 20 minutes.