The Portuguese are a very beautiful people. The girls are swarthy, with light, slender figures. Smiling, white-toothed, friendly. The air in Portugal is filled with romance.

Rick (the owner of the house) told how he met a delightful senorita on the Internet and after six months the couple began dating. At 56, a man's heart was jumping in his chest with happiness, not angina pectoris – and that's great.

The Portuguese love to chat slowly, sitting in small bars or on verandas. Shops and shops open late and close early, often located on the first floor of the house, in which the owner of the establishment not only works, but also lives. These shops look like home, with doors or shutters to the full height of the opening, sometimes with a spiral staircase to the second floor.

On the streets of Lisbon – blending of old and new times. Here, modern facades adorn the gates for horsemen, here are ship bays and basilicas, here are fortresses, museums, heavy cathedrals covered with gray moss, knight's castles and strict business centers. The eclecticism of images drowns in tram bells, colorful streets, the smell of iodine and gicaranda. The space is filled with a viscous sun that has fused the reality of the twenty-first century with the legacy of past generations.

The east coast of Madeira is a narrow sleeve stretching towards the ocean. A deserted area, a sharp, cold wind, an endless ocean to the horizon and a delightful feeling of antediluvian loneliness. If you want to visit the lighthouse, located on the very outskirts of the rocks, you will need a boat and a license, which is issued in Funchal (the capital of Madeira). You can’t reach the lighthouse along the path, although from the ground it will seem that the road leads exactly to the lighthouse.

There are no sandy beaches in Madeira, but every morning a ferry departs from Funchal to the island of Porto Santo. Buy a ticket and in two hours find yourself on an island with golden sand, amazing water colors and the hut of Christopher Columbus.

The Azores are picturesque meadows, volcanic calderas, parks with relic vegetation, thermal springs and the very heart of the Atlantic. Beaches and surf spots, of course.
Until recently, many marine animals migrated through the waters of the Azores: whales, sperm whales, killer whales. Today, the number of large animals has decreased significantly. Partly due to overstocking (although whale hunting has been banned since 1982 and the last whale in the Azores was killed in the mid-80s of the last century), partly due to the migration of whales north of the archipelago – as a result of climate change and underwater currents .

According to the Portuguese, the Azores archipelago is Madeira twenty years ago. Here they understand English much less often, smile when they themselves want it, are less dependent on tourism and are more often engaged in agriculture or fishing.

The inhabitants of Sao Miguel have an amazing ability to express themselves with a single word “OK”. By changing pronunciation, adding looks and hand gestures, the Portuguese turn “OK” into a universal communication tool.

Using “OK” you can find out the latest news, what waves are on the beach, what sights are nearby. You can talk about family, sports, find out the location of the nearest restaurants. Politics, religion, the choice of sauce for cozidu-dash-furnas – a little sensitivity and a desire to hear each other, and “OK” will reveal any topic. 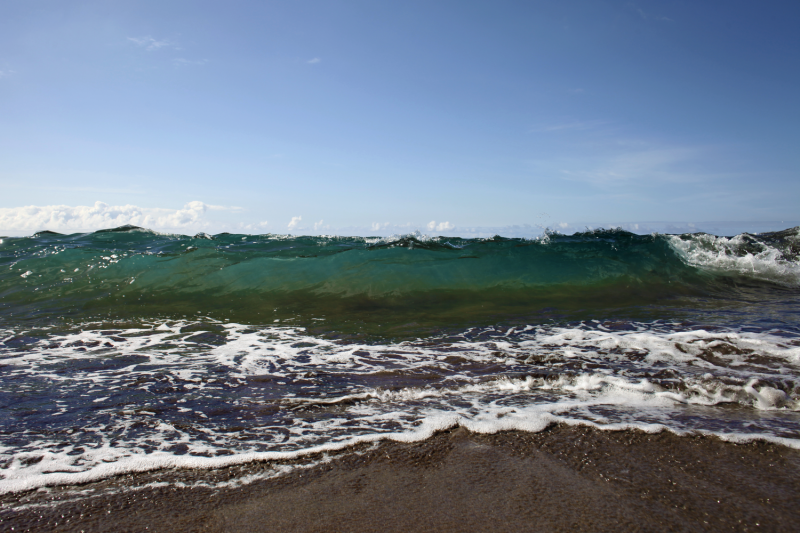 At the same time, which is especially noticeable against the background of general friendliness, the Portuguese perfectly keep their distance. Yes, people willingly answer questions, suggest, joke, help to orientate in the area. And, of course, always smiling. But this smile is a polite smile.

There is a huge gulf between a smile of politeness and sincere interest. It is felt, but there is nothing like hypocrisy in it. This is basic courtesy. After all, participation in a person’s life does not arise from the question “how to get to the library”, but is built up for many years – during the time of friendship, neighborhood, work. Here they understand and respect personal space.

The Portuguese are romantic people. Almost every local attraction is dedicated to the sad story of lovers. For example, the gorge on the way to Pico Ruivo, the highest point of the island, is dedicated to the unhappy love of a princess and a monk. Learning about the attraction of youth, the king did not consent to the marriage and the monk committed suicide, and the princess fled to the mountains, where she spent the rest of her life alone, hiding from the king's servants. According to legend, in the gorge you can call out the name of your beloved and hear the voice of the princess. If a girl calls the name of her beloved, then heartfelt happiness cannot be avoided. And if the echo does not happen, you can just go trekking.

A completely different story happened on Sao Miguel. Here, the core of the plot was the unrequited love of a green-eyed aristocrat and a blue-eyed sailor. The stern nobleman did not give consent to the marriage, well …

There is a third story – from a local guide, who, as part of a small-talk, told about his own sad love. His girlfriend stayed on the mainland, and he, due to work and attachment to the island, stayed on Madeira. The couple met, but each time the separation lasted longer and longer, until the meetings stopped. With all the Portuguese romance, the guide concluded his story with the words: “In business matters, listen to your heart, and in matters of the heart, listen to reason.” Portuguese wisdom.

There is a last, fourth story.

Before leaving Porto Santo, I wanted to swim as far from the shoreline as possible in order to see only the sky and the ocean in front of me. I went into the water and swam away from the people. I swam until the screams of the jet ski tourists died away. I really liked to swim like that, in silence, towards the thin line of the horizon, one on one with the ocean. But gradually the muscles began to tire. Finally, I stopped, looked up and saw the silver ball of the moon above the completely black surface of the waves.

How it happened, I don't know. There was no one in front of me or next to me for a long time. The bottom, on which the sun's rays had recently glided, was not visible. Somewhere, deep below, a cold, oceanic abyss opened up. The gentle coast of the island ended with a sharp cliff, the sun disappeared from view and only the moon looked at me with interest.

I really liked this moment. The evening sky with slowly emerging stars. Lazy, living darkness and the laughing face of the moon. The feeling of death, which stands very close and waits for a person to lose his head and spend his last strength in a hopeless struggle with the elements. It will disappear, because the ocean is infinitely large, and man is infinitely small.

I remember how I turned to the island and swam back. Exactly the way I usually swim in the pool. Without making unnecessary movements, continuing to inhale and exhale deeply. Slowly, calmly, because there is a ledge very close by, on which I can always lean on if my arms fail or my leg cramps.

When I went ashore, my shoulders were buzzing, my hands did not rise, my legs were tangled from fatigue. But I met the ocean and the ocean let me go.

It was a good adventure and a great country.