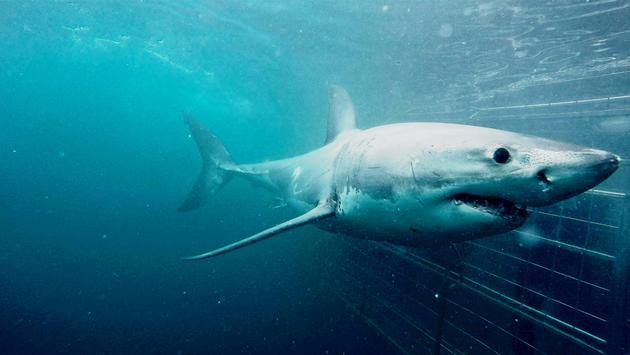 So, it’s become an annual rite of summer – Shark Week on the Discovery Channel. A full week’s worth of programming devoted solely to one of the most magnificent, and dangerous, predators of the sea.

And you say you want to take a bite out of Shark Week yourself, do you?

Well, if you think you’ve got the chops for it – no pun intended – here are a few places to travel to for an up close and personal experience with sharks. And, as with all these encounters, it’s best to do it with a company or a diver who is trained specifically for this.

So, if you’re going to do it, you might as well start with the best place and a site where Shark Week makes frequent trips. Falde Bay in Cape Town, South Africa – trust us, there’s nothing fake about False Bay – is legendary for being a place to dive with sharks. And if this article happens to spur on your adventurous side, seeing sharks is at is peak in South Africa through August.

When you think of the Bahamas, sharks aren’t exactly the first thing that comes to mind when you have steel drums and bikinis and rum-filled drinks running through your head. It should be, though. The Bahamas, particularly Tiger Beach, are a great place to see hammerheads, reef sharks and, yes, tiger sharks. 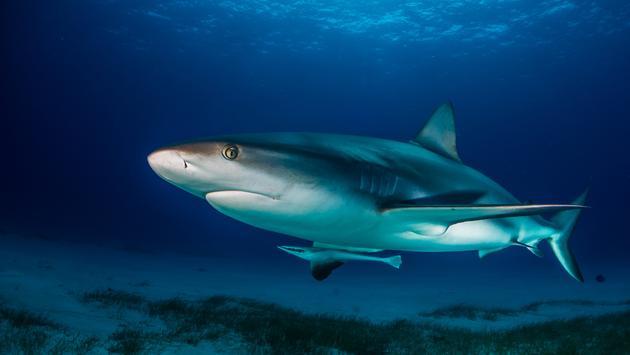 Speaking of paradise, nothing screams nirvana more than Hawaii. But even Hawaii can have its share of shark encounters. Maui might be a place for romance but it’s also one of the best dive sites for spotting sharks. Look for a professional company in Lahaina but one that doesn’t do a plethora of dive trips, because they seem to be more conducive to finding the predators.

Want to stay close to home in the continental U.S.? No problem. You might be surprised to learn that such beach areas from La Jolla all the way down to San Diego on the southern California coast are great places to see sharks. Sharks have been known to track their prey all the way down the coast until the hunted invariably runs out of steam and is overwhelmed by the shark.

Yes, Scotland. Reason? This is your chance to see one of the rarest sharks of all – and one that enjoys the cold waters – in the basking shark. They normally arrive in Scottish Bay in the summer. 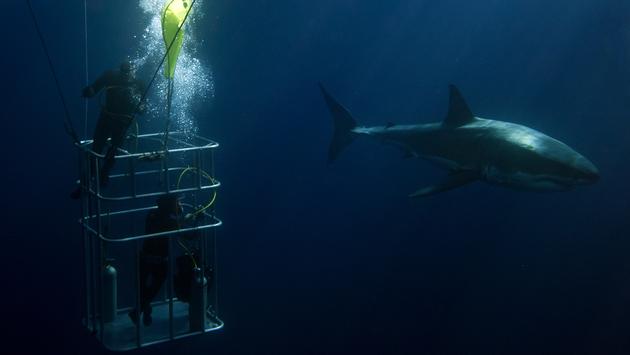 PHOTO: Divers in a cage watching a great white shark in Australia. (photo via izanbar/iStock/Getty Images Plus)

Finally, get yourself to Australia and New Zealand for some of the most spectacular shark sightings. You can see tiger sharks in Queensland, have a great white encounter off the Great Barrier Reef, or travel to the southernmost point in New Zealand in a town called Bluff, where you can get in a cage and get as up close as a metal bar will allow with a shark.