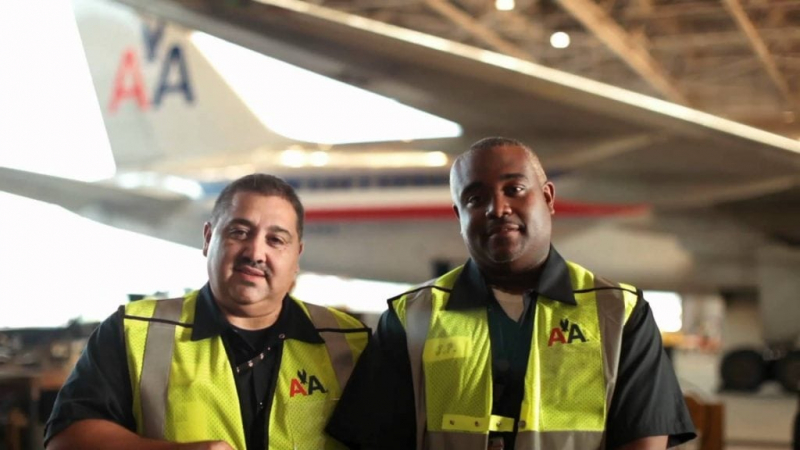 Inadequate pay, a lack of affordable housing in key regions, and a paucity of students in the pipeline are factors that will make the shortage of airline mechanics a protracted one to resolve.

Christophe Gagnon considered quitting his avionics studies as COVID-19 crippled aviation, but the 21-year-old stayed in class and now the industry is desperate for more like him to keep planes flying.

The hiring rush is evidence of a sharper than expected recovery in air travel, but also signals a looming labor shortage that is raising costs and could push up repair times as the industry stages an awkward recovery from its worst crisis. Shortages are on the minds of executives at the Farnborough Airshow near London, this year’s largest aerospace expo, which starts on July 18.

While a shortage of plane cabin staff has dominated headlines due to recent flight cancellations, finding mechanics also has executives sweating. Roughly $84 billion is expected in spending this year on maintenance, repair and overhaul of aircraft, according to Naveo Consultancy.

Despite offering raises upwards of 10%, Telesis is working harder to retain labor as soaring housing prices in the company’s South Florida location lead some workers to eye offers in more affordable areas.

The high-margin services industry is attractive for planemakers like Boeing Co, as air travel rebounds. In 2021, the U.S. planemaker forecast the global industry’s need for 626,000 new maintenance technicians over the next two decades compared with 612,000 pilots.

A shortage of aviation maintenance engineers, who certify an aircraft’s airworthiness, could lead to cancelled flights, or delay appointments for repairs, executives said.

COVID-19 job cuts sped up a pre-pandemic trend of workers retiring or switching to other industries like automotive, and schools are not producing enough graduates to replace them.

The average Federal Aviation Administration (FAA)-certified mechanic is 53, or 11 years older than the average U.S. worker as reported by the Bureau of Labor Statistics. Enrollment at U.S. aviation maintenance technician schools grew 0.55% in 2020 after COVID-19 hit, compared with 13% in 2019, according to the Aviation Technician Education Council (ATEC).

In Quebec, trade group Aero Montreal is planning its first industry-led campaign this fall using traditional and digital media, along with influencers, to attract more students.

Enrollment at ÉNA is down 20% compared with 2019, an alarming sign for Montreal, the world’s third-largest aerospace center.

“In two years, in three years, if nothing changes, if young people continue to lack interest in our sector, we won’t be able to deliver our products,” warned Aero Montreal President Suzanne Benoit.

A Wells Fargo survey of aircraft maintenance, repair and overhaul services providers showed the labor crunch worsening in July, with 60% of those polled saying they saw a “meaningful impact” from shortages compared with 35% in a prior survey.

Unlike pilots, who can earn salaries of up to six figures, mechanics and other trades pay less and often come with late shifts. According to an ATEC survey, the average entry-level hourly rate for a mechanic was $22.36 in 2021.

“If you were to poll high school students who didn’t want to be doctors, or lawyers or businesspeople and ask them what they want to be … relatively few kids talk about being mechanics,” he said. “We’ve got a bit of catch-up to do on that front.”

Lufthansa and Singapore Technologies Engineering Ltd both said they are sweetening compensation for some trades.

Booking maintenance slots, which once required a few weeks’ notice, must now be made six months in advance, said Kent Stauffer, chief safety officer of the Cleveland-based company.

Stauffer said the industry hurt itself by not paying more.

“Now it’s all catching up with us.”

A 2022 Canadian Council for Aviation and Aerospace forecast expects a shortage of 58,000 skilled workers by 2028. Yet schools teaching maintenance, avionics and structures provide less than a quarter of needed graduates, due to limited capacity and poor completion rates.

“Industry needs to develop its own training programs because the colleges don’t have the capacity to train what industry needs,” said Robert Donald, the council’s executive director.

Such need is not lost on a new generation of workers.

Just as ÉNA student Christophe Gagnon from Quebec received more than one job offer, Frederik Gagnon, who is not related but went to the same school in aircraft maintenance technology, said he had no trouble finding work.

Frederik Gagnon recalled landing a job interview less than a day after applying.

(Reporting by Allison Lampert in Montreal and Abhijith Ganapavaram in Bengaluru, Editing by Ben Klayman and Matthew Lewis)

This article was written by Allison Lampert and Abhijith Ganapavaram from Reuters and was legally licensed through the Industry Dive Content Marketplace. Please direct all licensing questions to [email protected].