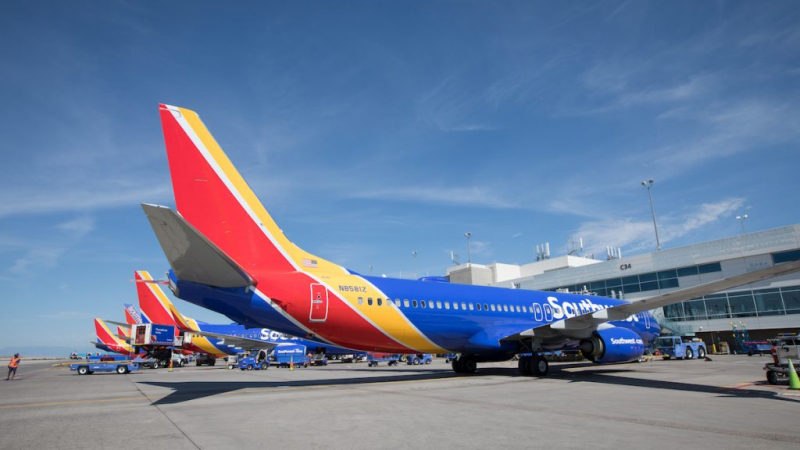 For most U.S. airlines, June was the best revenue month in a very long time. But don’t mistake that for a sustained recovery. The situation is dicey. It’s not clear whether this recovery can continue for the final three months of the year.

While demand is strong and yields remain above pre-pandemic levels, the fare environment has cooled since June, the strongest month so far in the post-Covid recovery, Southwest Airlines executives said Thursday on the airline’s second quarter earnings call.

“We’re seeing through all of our external data as well as our internal data that yields peaked in June,” Southwest Chief Commercial Officer Andrew Watterson told analysts. “Essentially you couldn’t push leisure travelers beyond a certain fare level, it seemed like.”

U.S. travelers may have had a price ceiling, but they still shelled out a lot of money for plane tickets between April and June, Southwest’s results show. Southwest’s revenue per available seat mile, which measures how much money an airline makes for each seat it flies one mile, increased 22 percent compared to 2019. By the same metric, costs rose 20.7 percent, much of it from higher fuel costs.

Still, Southwest could use a stronger return of business travel than it has seen so far. But the prospects for the fall, when business travel tends to jump, are too uncertain to predict with clarity.

Overall, Southwest recorded a strong quarter. The airline had record revenue, reporting $6.7 billion in sales, 13.9 percent more than in June 2019. Its net income was $760 million, about 2.6 percent higher than the same period three years ago. And while costs rose significantly, Southwest was buoyed by fuel hedging contracts, which saved it $332 million on fuel and oil expenses, or about 68 cents per gallon.

As at most airlines, leisure travelers have led Southwest’s recovery, with business travelers still not back to their pre-pandemic travel patterns.

The airline told analysts its “managed business revenues” decreased 31 percent in April, 23 percent in May, and 19 percent in June, all compared to the same month in 2019. Fares have been above 2019 levels for business travel, but not enough to offset the smaller volumes.

While executives noted business travel is on an upward swing, they said they aren’t sure how the trend will evolve, given a softening economy and lingering concerns about Covid among some travelers. Typical, U.S. business travel picks up in September, but no one is sure what will happen this year.

“We’re rotating out of a high leisure period into a high business period, and so you expect business to hold up more of your capacity, ” Watterson said. “And so that’ll be the big question.”

“These large companies don’t have the same number of people out there traveling right now,” Watterson said. “It varies by company what the reason is, but the hoped-for benefit as we get into the travel season here, post-summer, is getting more travelers per account out on the road.”

As business travelers return, they will find more of the short-haul flights that made Southwest famous. The airline typically blankets key markets, like Dallas/Houston, or San Francisco-Los Angeles, with hourly, or near-hourly, flights designed for a business traveler’s schedule.

During the worst of the pandemic, Southwest cut many frequencies, instead using airplanes to add flights to new leisure-focused destinations, such as Steamboat Springs, Colorado, and Bozeman, Montana.

Recently, many of the business-centric flights have returned, though not necessarily because the airline wanted to service business travelers. Instead, executives said, they resumed frequencies to increase operational reliability.

When operations turn poor, an airline may have trouble canceling a once-daily flight to a vacation destination, because it can’t put the customers on other flights. But it can cull a single flight from Dallas to Houston without hurting operational integrity, because it it can rebook passengers an hour later.

“We’ve added short-haul flights in business-oriented markets as they provide us more options when we have weather or ATC delays,” President and Chief Operating Officer Mike Van de Ven told analysts. As part of the same strategy to add slack, Southwest added more flying between its crew bases.

While the new routes have improved reliability, Watterson said they have been a drag on unit revenue, because the airline has struggled to fill those extra seats at strong fares. But if business travel bounces back further this fall, he said, Southwest will be ready.

“It just shows you there’s insufficient business demand for that level of short haul at this point in time,” Watterson said. “But as we go into a more heavy business travel season that can be mitigated through the return of business travel.”

If business travelers don’t come back, Southwest can use the short-haul flights to feed leisure passengers onto connecting flights, Watterson said. Southwest typically calls itself a point-to-point airline, but a significant portion of its customers make connections.