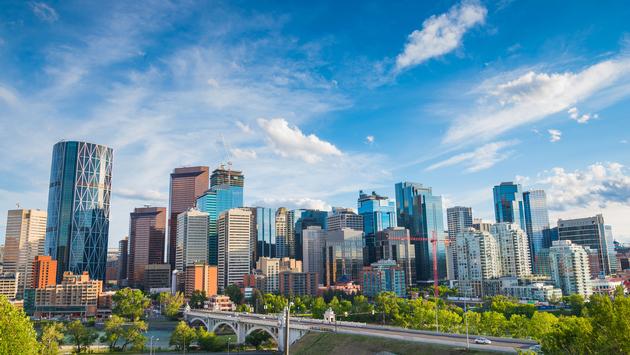 Most people, especially those from the United States, assume Western culture a.k.a cowboys and girls, rodeos and the heritage behind it all is only experienced in America. Calgary, Canada is one place that proves this stereotype wrong.

Calgary is located on the doorstep of the iconic Canadian Rockies and is home to lush urban parks that include the Inglewood bird sanctuary and Ralph Klein Park, a nearly 75-acre wetlands park; a rich arts and culture scene that includes art galleries, historic parks and theaters; attractions like the Calgary Tower; Indigenous experiences; countless festivals and live music events throughout the year, particularly summer; and so much more.

As the third largest city in Canada, Calgary is a big town, one that’s steeped in Western culture. It’s most known for hosting the Greatest Outdoor Show on Earth. This is a 10-day festival celebrating Calgary’s Western heritage that brings in over one million visitors from around the world each year.

Each morning of Stampede starts with free pancakes for all. Legend has it that on the first year that Stampede hosted chuckwagon races in 1923, the founder of Stampede Guy Weadick, enticed visitors to come by sending chuckwagon drivers to Stephen Avenue to cook and serve flapjacks out of the backs of the chuckwagons.

Over the course of 10 days, more than 30,000 visitors are fed flapjacks and bacon off hot griddles on the backs of authentic GMC Rangeland Derby Chuckwagons. The Annual Calgary Stampede Chuckwagon Breakfast in Fluor Rope Square is a can’t-miss event that includes live music and entertainment. 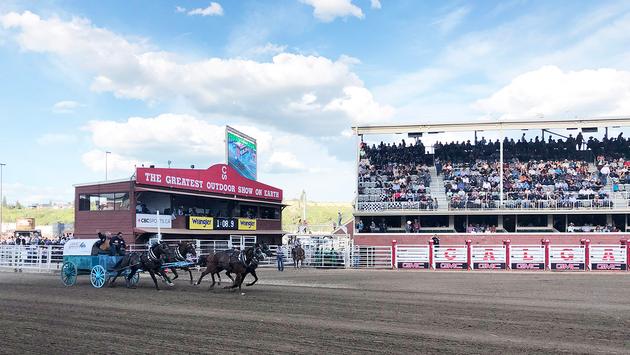 PHOTO: The Calgary Stampede, held each July, is a huge annual draw for the city (Photo by Paul Heney)

Each night concludes with the Bell Grandstand Show, an outstanding performance that features a vibrant cast of world-class performers, including multi-JUNO Award-winning Canadian Country Music Icon, Dean Brody; a spectacle of song and dance from The Young Canadians of the Calgary Stampede; world-class trick roping from Loop Rawlins; and acts by Circus Concepts and Shawnee Kish. 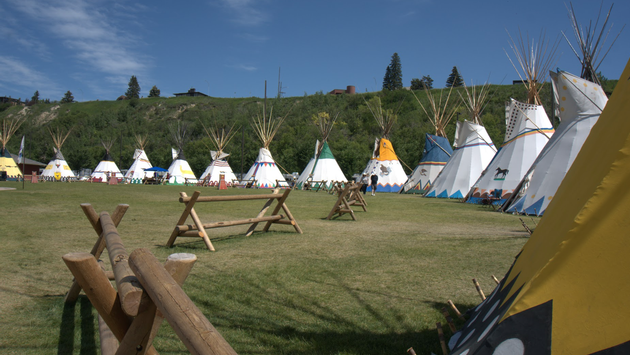 Summer is a great time to visit Calgary and there’s plenty to do even if you miss Stampede. First things first, visitors to “Cowtown” need to get outfitted properly. The official white hat from Calgary is the symbol of this town and its hospitality. Smithbilt Hats have been making hats here for over a hundred years on the same equipment that the company started with.

For cowboy boots, jeans, hats and any other Western apparel needs, head over to Lammle’s Western Wear. Since 1983, this family-owned and run business has been a part of Canada’s western identity, providing Canadians the best in western wear with a side of Lammle’s traditional western values. For unparalleled boots, stop by Alberta Boot Company. Known for its handcrafted premium western footwear, each pair of Alberta Boots are crafted in its own Canadian workshop.

Fun activities in the city include downhill karting by Skyline Luge Company. This is a unique wheeled gravity ride that provides riders full control over their descent on a purpose-built track. With more than 50 twists and turns and covering a distance of over 5,905 feet on a continuous downhill trajectory, Downhill Karting Calgary has the longest track in the world. 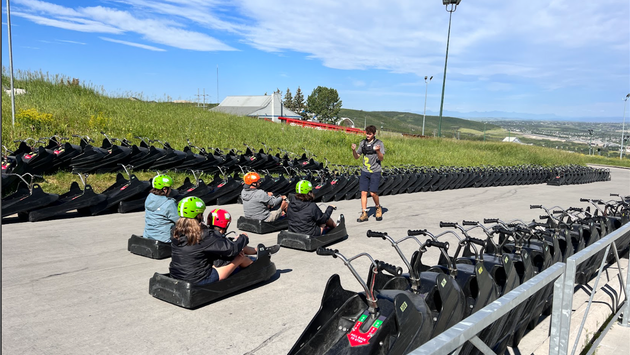 A must-see is the Calgary Tower which is a freestanding observation tower that spans 626 feet. Visitors enjoy 360° views of the entire city, the majestic Rocky Mountains, the foothills, and the prairies.

Nearby is the Fairmont Palliser, an ideal place to call home for a stay in downtown Calgary. Set in the heart of the city, Fairmont Palliser is a historical landmark within walking distance to the city’s most shopping, arts, culture and entertainment venues. If you have time, enjoy a fancy afternoon tea at the Hawthorne Dining Room located in the hotel’s lobby.

There are plenty of incredible dining options, particularly for those that love beef. For a taste of true Alberta beef, take a seat at the upscale Modern Steak, the only steak house to own its own prize-winning black Angus bull with benchmark Angus. Working with a number of different ranches, Modern Steak features a variety of cuts on their menu from beef raised grass-fed, Grain-fed, Wet-aged, Dry-aged and Waygu beef.

Another excellent restaurant is Rouge, a fine-dining restaurant housed in the historic Cross Home built in 1891 by A.E. Cross, who was one of the West’s most prominent cattlemen and one of the original founders of Stampede. The house is now designated as a municipal and provincial Heritage Site. Rouge offers a strong focus on the Alberta region with farm-to-fork dishes served in a beautiful, rustic garden setting. 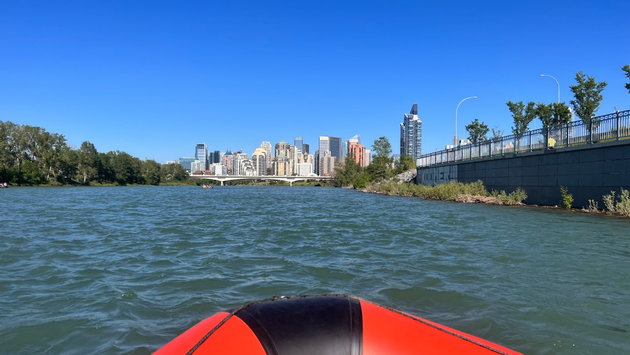 Rafting down the Bow River near Calgary (Photo via Chelsea Davis)

When it comes to nature, the stunning Bow River cuts through the heart of the city’s bustling metropolis. This river is perfect for all sorts of water sports from rafting and kayaking to stand-up paddle boarding and more. For those looking to get on the water, book a hassle-free excursion with The Paddle Station and take in some of the natural beauty Calgary has to offer.

Whether you’re looking for western adventures, outdoor recreation, live concerts, a robust dining scene or something in between, Calgary is the place to visit.