The Best Central American Towns to Escape the Winter 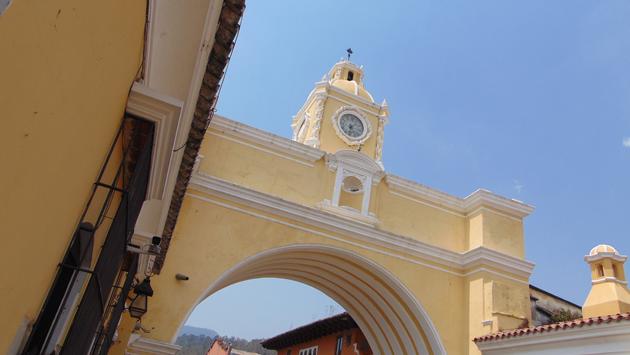 The friendly climate of Central America invites tourists to visit its beautiful and historic cities. (Photo via Susan Young).

A great idea to escape the cold in the winter is to visit the peaceful and cozy villages of Central America, where the climate is always friendly and allows you to enjoy lovely days throughout the year. Here are some of the region’s most recommended destinations to enjoy winter outdoor activities.

The Costa Rican capital is a privileged place where the average temperature of the year is never less than 60 degrees, and the best time to visit it is between December and March. This splendid colonial city has important buildings from the time of the Spanish conquest that visitors can find when walking through the town’s beautiful streets. Costa Rica’s National Theater, east of Plaza Juan Mora Fernández, is one of the spots no tourist should miss. Its construction dates from 1897 and is considered one of the most significant architectural gems in the country.

Also, in the historic center of San Jose, there is another of the most emblematic sites: the Pre-Columbian Gold Museum, which houses a significant collection of about 700 ancient gold pieces and other ceramics that show different stages in the history of Costa Rica. Finally, another highly recommended place to enjoy with the family is the Metropolitan Park La Sabana Padre Chapui, the most significant public space in the city, with sports, cultural and recreational areas. Here visitors can spend an enjoyable day touring its attractions, such as the National Stadium, the Maria del Milagro Paris Swimming Pool, the lakes, the Costa Rican Art Museum, the sports fields, and extensive green areas.

Antigua is one of the most beautiful cities in Latin America. It is an exceptional place to take tours in its extraordinary climate and enjoy beautiful landscapes surrounded by volcanoes. In addition, important Spanish Baroque colonial sites are considered World Cultural Heritage Sites. 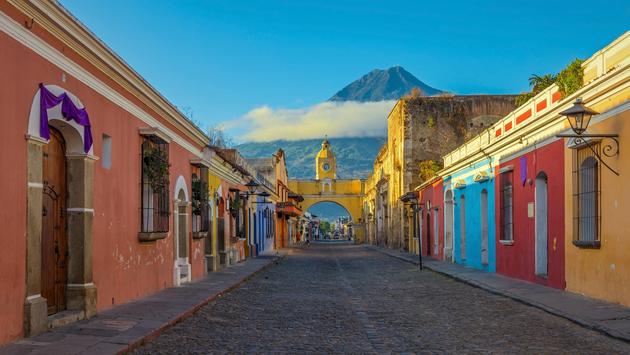 Antigua is one of the most beautiful cities in Latin America, and an exceptional place to take all kinds of tours in its extraordinary climate. (Photo via SL_Photography / iStock / Getty Images Plus)

One of the most popular places in the city is the Santa Catalina Arc, the symbol of Antigua. This structure was part of the old convent of St. Catherine the Virgin and Martyr, so the villagers did not see the nuns. Another place of interest, very close to the arch, is the Plaza Mayor, surrounded by majestic colonial buildings, such as the Royal Palace. Also noteworthy is the Capuchin Convent, where the most adventurous visitors can explore the underground tunnels and cells where the nuns lived in the colonial era.

Another exciting stop is the Church and Convent of Santa Clara, which in the year 1700, inhabited the Clarissa nuns. Finally, photography lovers can visit the viewpoint of Cerro De la Cruz, from where they can enjoy the best view of Antigua with Volcan del Agua in the background.

Leon is a colonial city near Managua, the country’s capital, and is the most visited in Nicaragua for its charming intellectual and creative atmosphere. Visitors walk through its streets and discover wonderful Baroque-style colonial buildings, such as the largest Cathedral in Central America and the Royal Basilica of the Assumption of the Blessed Virgin Mary. This historic building was, in 1531, the episcopal seat of the first diocese of the Catholic Church of Nicaragua. In addition, Leon is very close to two of the most popular beaches in the Pacific: Poneloya and the Peñitas, favorite places of national and foreign tourists who enjoy spectacular sunsets and beautiful nature.

Another ideal city to walk to and enjoy the best temperature is Granada, also called La Gran Sultana. It is the oldest in Nicaragua (founded in 1524) and is considered the most beautiful tourist place in the country for its Moorish architecture, similar to the cities of Andalusia, Spain. In Granada, visitors find many restaurants with typical gastronomy, such as vigorón, a dish made from yucca, fried pork skin, salad, and species, accompanied by local drinks such as chicha, created from fermented corn or cocoa. 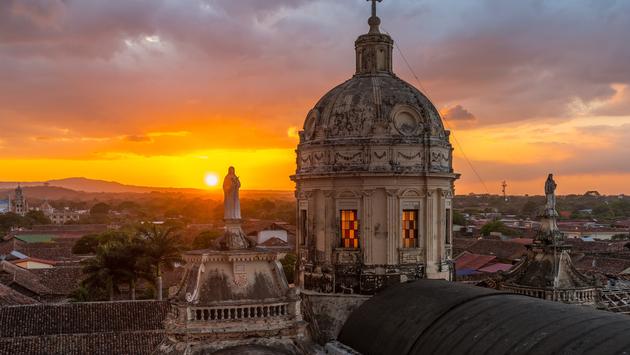 Granada is considered the most beautiful city in Nicaragua. (SL_Photography / iStock / Getty Images Plus).

Panama City is an excellent choice for travelers looking to enjoy a pleasant few days in the best temperature. In addition, the Panamanian capital is perfect for walking and getting to know the tremendous historical attractions of this site, which was one of the favorite destinations of the most famous pirates in history, such as the English Henry Morgan, among others.

A great experience is walking through its cobbled streets and squares adorned with flowers and enjoying the old town’s cozy restaurants, bars, and terraces of the ancient city where San José Church locates. This colonial building, built in Baroque style between 1671 and 1677, is an artistic wonder created with strong influences of the Panamanian indigenous culture, which makes it a unique monument. The church is a historic gem with four stained glass windows made in Florence, Italy, representing St. Rita, St. Augustine, The Virgin of Consolation, and St. Joseph. 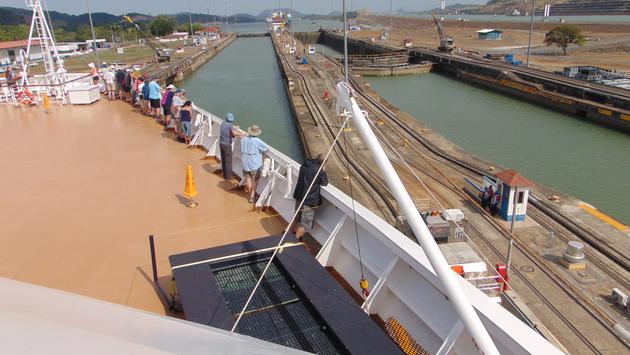 The Miraflores lock is an interesting spot to eat and enjoy watching great ships.(Photo via Susan Young).

For visitors, it is also exciting to move to the symbolic Miraflores lock and appreciate the passage of great cruises and ships worldwide. Tourists can also tour the historical museum and enjoy food and drinks in a restaurant overlooking the safety.