The Blended Gastronomy and Unique Dialect of Jamaica 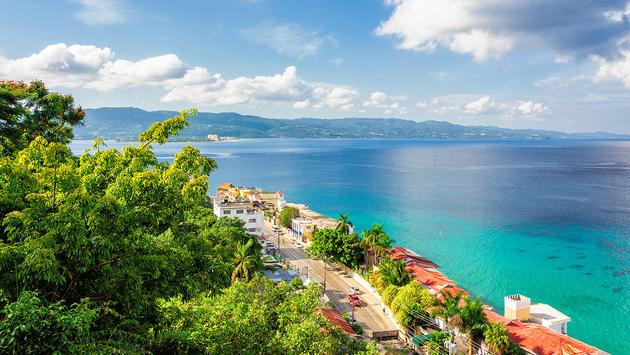 Jamaica seduces visitors with its breathtaking nature and captivates with its culture, its people’s charm and the island’s unique cuisine. Jamaicans have charisma and rhythm in bunches and use it to express themselves and delight visitors with that authentic touch reflected in patois, the local dialect.

This harmonious language is colorful, energetic and constantly evolving. Some refer to this mother tongue as “broken English,” strongly influenced by the richness of its African, Spanish, French and English colonial heritage.

Enthusiasm is present all the time. The language is loud, and animated, and can seem aggressive to some, especially in atmospheres such as at a sporting event or in the dark corridors of a rum bar. Different regions within the island also have their own accents, words and phrases, making visiting this beautiful island even more enjoyable.

Fortunately, Jamaicans speak much more clearly in the main cities and tourist towns than in the deeper rural regions. You’ll get by if you ask the speaker to slow down and “seh dat again” (say that again).

Jamaican patois, in music and the arts

When Jamaicans were negotiating their independence from England (1960s), the upper classes disapproved of the local dialect as the language of the poor and uneducated.

At the other end of the spectrum, reggae musicians used the language to express their identity, and songs filled with descriptions of poverty and political conflict were mainstream at the time.

Poets and theater artists also adopted patois as their primary mode of communication. One such poet, the Honorable Louise Bennett-Coverly, used her popular radio program to help bring the patois to society. For more than 20 years, Miss Lou, as she was called, performed her poetry locally and internationally, helping to cement patois as a standard and established language of Jamaica.

Speaking the dialect is a form of pride as it is easily recognized worldwide. Thanks partly to the popularity of reggae music with legends such as Bob Marley and later Shaggy.

Visitors can understand or say a few patois words will allow you to immerse yourself in this culture.

There’s nothing like eating jerk chicken fresh off flavourful pimento wood or the taste of an ice-cold Red Stripe on a hot summer’s day. Jamaica is a feast for the tastebuds, and you’ll find something to whet your appetite at every corner of the big little island.

The most prosperous Jamaican cultural history lesson is in the food locals eat. To conceal their whereabouts, the Maroons devised “jerking,” a method of spicing and cooking pork underground so that smoke would not be seen. Today, jerk pork, jerk chicken, and jerk fish are everywhere. Breadfruit was brought from Africa to feed enslaved people cheaply in the 1700s, also some other variety of roots, vegetables, and fruit. Meat and fish were preserved by adding spices and pepper, and unique seasonings, like the famous Pickapeppa sauce, were devised.

Cassava, a root tuber, was cultivated by the Tainos and is still used today to make “bammies,” a flat toasted wafer eaten with fried fish. Another traditional bread, “festival,” is frequently served with a jerk. Jamaican’s favorite dish is the gently spiced ackee and saltfish.

Indian and Chinese influences have made curries and chow meins part of the national menu. Mangoes and pineapples, papayas and bananas abound, and Otaheite apples and soursop combine in desserts like “matrimony,” a fruit salad bound with condensed milk.

Jamaica is also home to some of the most famous rums and exotic blends, including the award-winning Tia Maria coffee liqueur. Blue Mountain coffee, Jamaica’s own, is considered one of the finest in the world.

Ever wonder what makes Jamaican food receive praise from all over the world? It’s not just flavor-filled dishes hugged with herbs and spices—it’s gourmet experiences you can’t replicate elsewhere