The Most Sought-After Destinations Among Mexican Travelers 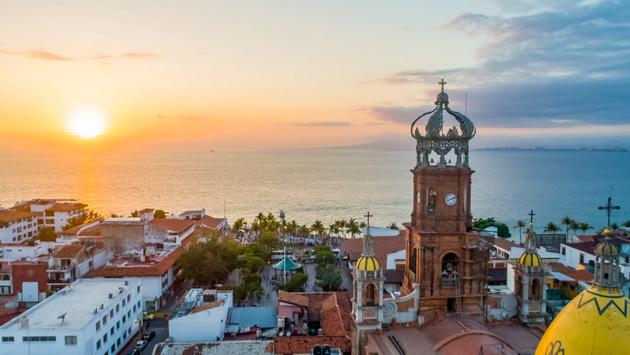 Mexican travelers during this post-pandemic year traveled to national beaches such as Huatulco and international destinations such as Bogota. Mexican tourists increased their interest in a slew of places, but a dozen in particular, based on new research.

According to travelers’ searches and reservations through Despegar, beaches dominated.

Here are the six domestic destinations and the increase in reservations generated by Mexicans:

Alejandro Calligaris, country manager of Despegar Mexico, said that in December, they detected a 15 percent growth in travel searches to international destinations compared to other low-season months. “So we see that international tourism is regaining strength, with a growth in bookings of over 100 percent in destinations such as Bogota, Paris, and Madrid. And increasingly catching up with the recovery of domestic travel,” confirmed Calligaris.

He also exposed that the World Tourism Organization (UNWTO) estimated that 700 million tourists traveled to other countries between January and September 2022, 133 percent more than in the same period of 2021.

Additionally, it reported that from January to August 2022, air seat capacity on international routes reached 62 percent of the 2019 level. The best-performing regions were Europe, which increased by 78 percent, and the Americas by 76 percent more.

In the south of the state of Oaxaca, along a coastal strip of 35 kilometers, the nine bays of Huatulco display their beauty: Cacaluta, Chachacual, Chahué, Conejos, Órgano, Maguey, San Agustín, Santa Cruz and Tangolunda, forming a paradise of 36 beautiful beaches of soft sand, whose whiteness beautifully frames the light blue and emerald tones of its waters, warm and transparent like the coastal people themselves. On these beaches, you can enjoy nature tourism activities such as diving, recreational fishing, kayaking, and horseback riding, as well as some other no less exciting recreational activities, which find here an ideal setting.

Even though the beaches have given world fame to this region, there are also spectacular sites, such as the Piedra de Moros and the Copalita River, ideal for adventure tourism activities such as hiking, mountain biking, rock climbing, and river rafting.

In the municipality of Santa María Huatulco is the Huatulco National Park, with more than 11 thousand hectares. One of the best-preserved areas in the region, it is home to a great wealth of animal and plant life, both in the land and marine areas. 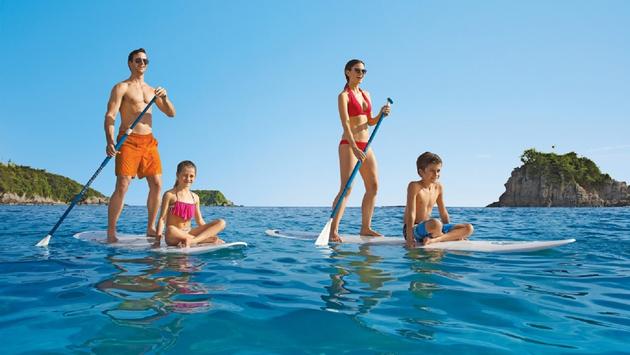 A family paddle-boarding at Dreams Huatulco. (photo via AMResorts)

In the Colombian capital, it is possible to enjoy eclectic architecture on a tour of the historical and cultural center of the city. Walking through the cobblestone streets of La Candelaria and discovering the colonial buildings, museums, and squares before stopping for lunch or dinner is a recommended activity.

The recommended route to get to know Bogota is half a day. If you are looking for things to do in Bogota in just one afternoon, you should visit some of the city’s most famous cultural centers and museums. These sites are located in the La Candelaria sector, in the town’s center. Here are five of the most important ones:

It is home to one of the world’s largest collections of pre-Hispanic gold. After a decade of renovations, the museum reopened in 2008. On display are more than 55,000 pieces of shiny metal and other materials from Colombia’s pre-Hispanic cultures.

Thanks to his voluminous figures, Fernando Botero is the most famous Colombian artist in the world. In this museum, located in a colonial-era house, you can appreciate more than 100 paintings in watercolors, oils, pastels, and sculptures, as well as works by Picasso, Renoir, Dalí, and Matisse. Next to the Botero Museum is the Casa de la Moneda, which explores the history of Colombian currency. 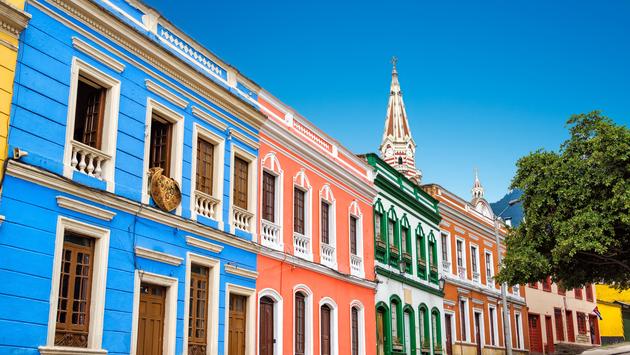 Colorful buildings in the La Candelaria neighborhood in the historic center of Bogota, Colombia. (photo via DC_Colombia / iStock / Getty Images Plus)

Named after Gabo, this cultural center is an icon of contemporary Colombian architecture. Here you’ll find a library with more than 80,000 books, an art gallery, a record store, and a bookstore. After your visit, don’t forget to stop by Juan Valdez, located on the center’s first floor, and enjoy a cup of the best coffee in the world.

Visit this masterpiece of Colombian architecture, home to the most extensive book collection in Latin America. In addition to being a library, it is a cultural and artistic center for the people of the capital.

Founded in 1957 to protect and disseminate the history of Colombian art, the museum houses more than 5,000 works by Colombian, Latin American, and European artists.