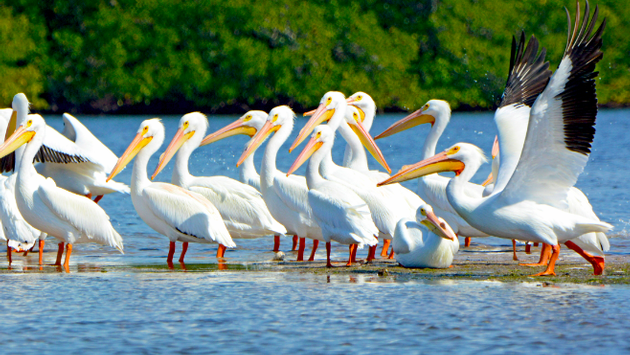 Latin America is a privileged place for lovers of bird watching. (Photo via Fort Myers – Islands, Beaches, and Neighborhoods).

Colombia, Brazil, and Costa Rica are among the countries with the most incredible diversity of birds on the planet, which can be observed in many protected areas specially designed with viewpoints so that tourists can get the best photographs.

There are hundreds of birds, many of them endemic to the different regions, in addition to those who visit them in their migratory passage. However, here are the most important places where visitors ensure the best photographs of these beautiful animals on their visit to Latin America.

Traditionally, Colombia celebrates Global Big Day, organized by Cornell University, considered the world’s largest event in bird watching and preferred by amateurs, scientists, and photographers specializing in birds around the world for the vast variety of birds and ecosystems that the country offers. In addition, Colombia has an important policy of support to the communities where this activity is carried out, such as the Birds Colombia organization, as well as a series of tour operators that allocated resources to 150 families in these regions that were affected by the closure of activities caused by the COVID-19 pandemic. 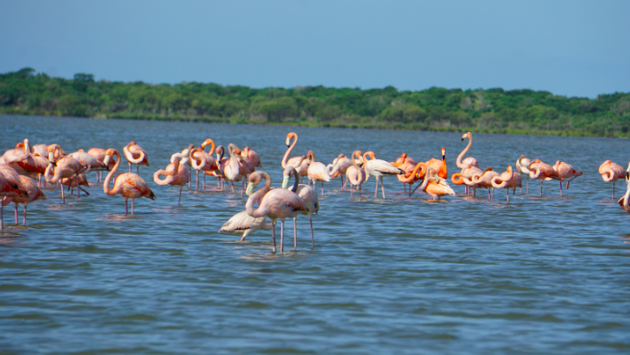 Colombia is a leader in Latin America in bird diversity and has excellent places to photograph a large number of species. (Photo via Brian Major).

Colombia has many routes for bird watching, however, the following two stand out, which belong to the National Network of Birding Routes are as follows:

This route aims to replicate the Birding Trail model, through a national network of avitourism circuits in the towns of Caldas, Quindío, and Risaralda. This plan includes training for nature guides, community organizations, and local tour operators to provide a high-quality service. The route includes 17 locations where visitors can see more than 800 species approximately, mainly in the area of Caldas where the Río Blanco Forest Reserve, Termales del Ruíz, and Ecoparque Alcázares are located, to mention a few.

It is a birdlife strategy promoted by the Ministry of Commerce, Industry, and Tourism of Colombia, and executed by the Audubon Society, an international organization that protects nature. It is estimated that in this region visitors can see up to 955 bird spaces distributed throughout the 48 localities that make up the region. These populations have agreements that allow them to plan conservation actions to maintain their natural spaces and promote interest for visitors to their destinations.

Brazil is the third country with the highest number of birds on the planet and it is estimated that this huge Amazon country is home to about 1,750 species of birds, of which at least 200 are endemic, the largest in South America. It has an extraordinary tourist infrastructure that makes it the first place to observe birds in the region and that includes, mainly, the regions of Mata Atlântica, Amazonia, Caatinga, Cerrado, and Pantanal. 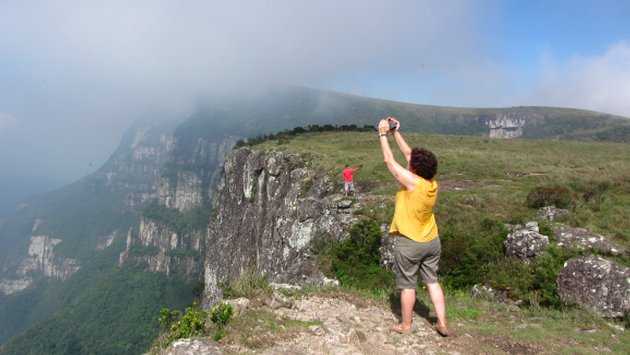 Brazil is a favorite for bird photographers from all over the world. (Photo via Brian Major).

In the region of Iguazu Falls, in the Serra do Mar, the country has more than 160 endemic species; in the central region, in Pantanal, an area inhabited by diverse fauna, birds occupy a special place for their beauty and quantity. In addition, the Amazon Rainforest is one of the favorite spots for photography lovers because of the huge amount of birds that live in this ecosystem.

In the south of Brazil, it is an Atlantic rainforest that encompasses the country’s coastal zone and mountain ranges. It is the favorite of observers who travel to the regions of Bahia, Espirito Santo, Porto Seguro, and Curitiba, among others.

It is located in the north of the country with an enormous variety of bird species. Manaus, the capital, welcomes birdwatchers with excellent tourist infrastructure and fabulous birdwatching spots, mainly in the towns of San Gabriel, Tefé, Borba, and Tabatinga.

It is a wooded area located in the center of the country. Here observers enjoy the wonderful states of Minas Gerais and Belo Horizonte, privileged areas for bird watching that place it in second place in terms of species richness of Brazil.

Northeastern Brazil is a dry tropical forest, rich in endemic species, where visitors find a great diversity of fauna in the towns of Boa Nova, Chapada Diamantina, Chapada de Araripe, and Alagoas, among others.

The swamps range from the west of the state of Mato Grosso, flooded areas that have a wide variety of birds that can be admired from different points of observation, mainly in Cuiabá, Mato Grosso, and Campo Grande.

This small Central American country has more than 900 recorded bird species that watchers enjoy in the different protected areas of this biodiversity-rich country. Costa Rica has a strategic position between the tropics of North America and South America, which make up diverse microclimates and abundant rainforests, mangroves, beaches, rivers, and dry forests, making it a privileged place for birdwatchers.

Between January and March, observers can enjoy the migratory birds of which the esteemed Quetzal stands out. Later in the year, more migratory birds can be seen traveling to South America from the cold regions of the north. Costa Rica has the following protected areas for bird watching:

This is a swampy region in the Tempisque River region of Guanacaste that stands out for the number of birds living in the environment, especially between December and March. There is a wide variety of migratory birds, as well as herons, ducks, falcons, and storks, among many others. 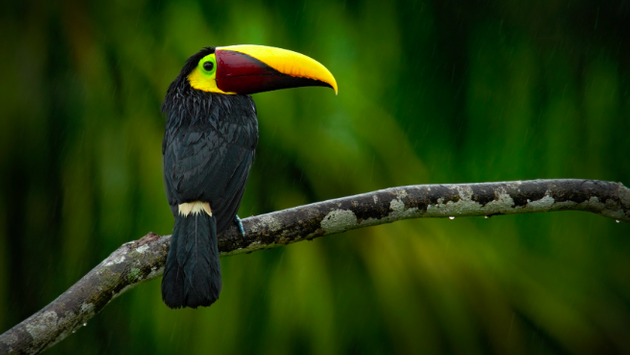 Costa Rica has natural reserves with a great diversity of endemic and migratory birds. (Photo via Provided by Collette).

Located in the Central Pacific, it is a great place to watch birds nesting in the trees of dry, tropical, and rainy forests. The endangered species Ara macao inhabits this site. There is also the colorful toucan, kingfisher, herons, and parrots, among many others.

It is an area of lush tropical forests in the Central Cordillera of Costa Rica where there are many beautiful quetzals, hummingbirds, trogons and, it is estimated, about 200 species that have not yet been identified.

Located at a high altitude above sea level, it is a cloud forest ideal for bird watching because it is home to some 400 species, among which stand out toucans, emeralds, hummingbirds of various colors, and quetzals, among many others.