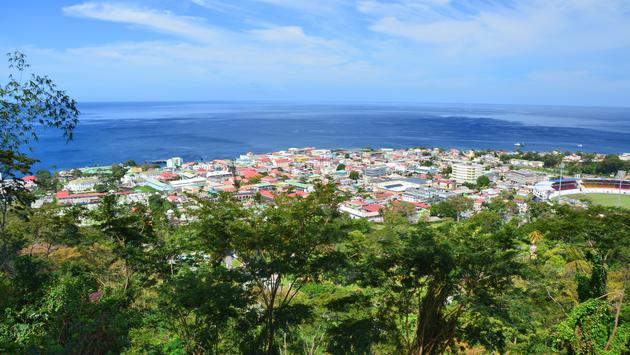 The tiny Caribbean nation of Dominica is surprisingly strong in terms of its tourism industry.

The 290 square-mile island is a wonderland of natural beauty, with active volcanoes, hot springs, extensive and lush rainforests and black-sand volcanic beaches, attributes that attract a loyal dive community.

But Dominica is courting a wider scope of travelers, particularly following the recent development of new large resorts that complement the smaller inns and guest houses serving the dive community.

Dominica has achieved tourism growth despite setbacks that pre-date the pandemic. The country’s tourism promotion and development efforts are led by the Discover Dominica Authority, whose CEO, Colin Piper, is a native of the country and among the most experienced and respected executives among Caribbean tourism officials. 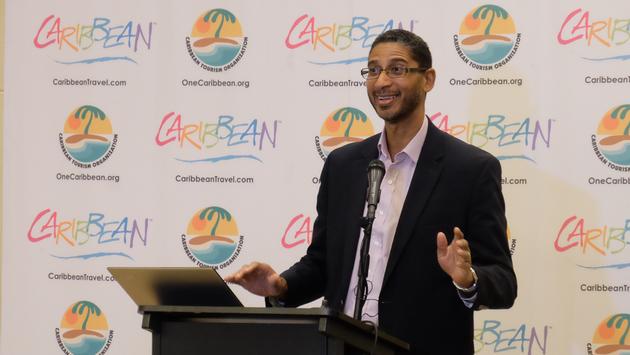 “So far [American Airlines flights] are operating with load somewhere between 77 and 79 percent.” – Colin Piper, CEO of the Discover Dominica Authority.

TP: Access to Dominica recently took a big step forward. Can you tell us about the changes?

CP: Obviously big news there is the American Airlines direct flights. On December 8 American started with two flights weekly, and on January 10 they went to three flights weekly. On April 5 they started daily flights.

TP: How are the new flights working out?

CP: I looked at the loads based on the information I have from April through June. So that would be the three months of daily flights. So far and they were operating with load somewhere between 77 and 79 percent. So you know, we think that’s good. We’re looking forward to continued patronization of that flight.

TP: Are there other flight options for travel to Dominica?

CP: There are still alternate ways to get to Dominica. We look in terms of what American Airlines can do. We want more numbers from the U.S. than what America can do for us [alone]. So JetBlue, Delta and United all have codeshares with Silver Airways out of San Juan. That is the tried-and-true, proven way to fly to Dominica and it’s still there.

TP: What is arriving in Dominica using this route like?

CP: It’s great for our divers who come from different parts of the country and meet in Miami to fly here. They bring their dive gear and everything, get that on board and the flights get them there at a decent time. This allows them to take that drive to their hotel during the day, where they can see the wonderful scenery of Dominica, driving through the rainforest with all that vegetation and absorbing the oxygen. They have a preview of what’s in store.

TP: What brings visitors to Dominica?

We are also the hot natural spa of the Caribbean. We have nine active volcanoes and they need to breathe! They breathe via natural hotspots, especially in the village of Wotten Waven. And of course we have the largest indigenous community in the Caribbean with the Kalinago.

TP: How has the island’s hotel stock developed?

CP: We’ve got about 1,000 rooms now in many shapes and sizes, from budget through economy to luxury, plus cottages guest houses. We also have quite a few resort properties under construction as part of what’s called the Citizenship by Investment program. This shared investment program has a real estate option. That’s what got us the Cabrits Resort & Spa Kempinski, which is 151 rooms and opened in 2019.

TP: Are there other resort properties coming to Dominica?

CP: Yes, the Tranquility Beach Dominica resort is a Curio by Hilton under construction with 100 rooms scheduled to open in 2024. Anichi Resort and Spa is a Marriott property with 128 rooms that will open probably in 2024.

Also, the Secret Bay Dominica villa resort is looking to get to 42 villas by 2025; they’re currently at 12 so there’s a little bit of expansion that they have to go through. All of those I’ve mentioned are kind of on the higher end, which is what we were lacking.

TP: What type of travelers do you expect these new properties to serve?

CP: They are designed for the higher-end market that wants to visit Dominica. They can now come and experience Dominica’s nature and everything it has to offer while also experiencing some pampering. When [travelers] get back from exploring they have a nice environment to sleep, a great breakfast and dinner, and these sorts of things.

TP: Dominica is also a Caribbean nation that has been surprisingly prominent on cruise lines’ itineraries. Will that continue this year and in 2023?

CP: Yes. On July 25 we [hosted] Disney Cruise Line for the very first time. Come October when the crew season starts in earnest, we’re expecting about 210 calls through April and early May.

TP: What other cruise lines are you expecting to call this season?

CP: We are hosting Carnival Cruise Line ships, Royal Caribbean ships and quite a few of the smaller Star Clipper-class ships. We have the right tour operators who know the types of passengers particular to each of the cruise lines and can offer the right excursions, and of course we think that Dominica, with what it has to offer, is unique.