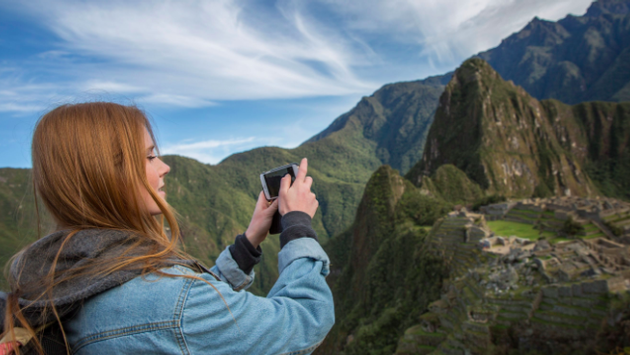 The sacred city of Machu Picchu in Peru is one of the great archeological jewels of Latin America. (Photo via GAdventures).

Here are 10 of the most important that travelers cannot miss.

Located in Peru, northwest of the city of Cusco, on the heights of the Andes mountain range, this site was inhabited by the Inca Civilization and is considered a jewel of architecture and engineering. It was built in the 15th century and was one of the residences of the Tahuantisuya, as the great empire of the Incas is known.

To reach it, visitors can take a train and then walk along fabulous trails in the middle of nature. Once in the sanctuary, the tourist can know important places of this culture, such as the Temple of the Sun, Temple of the Three Windows, Liturgical Fountains, Main Temple, Palace of the Just, Sacred Square, and the Royal Museum, mainly. 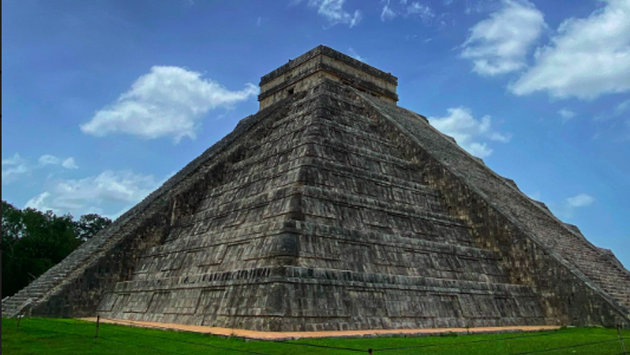 Chichén Itzá, in Mexico, is one of the most important cities of the ancient Mayan civilization. (Photo via Kai Lawson).

This is one of the most visited archeological sites in Mexico. It is located very close to the city of Cancun and the famous Riviera Maya. The visitor can not miss the opportunity to climb the pyramid dedicated to Kukulkan, the great feathered snake, which is open to the public in one part.

This Mayan pyramid has 91 steps on each side leading to the upper temple. In total there are 365 steps representing the days of the year. During the equinoxes, the shadows of the steps create the body of the snake that reaches the base where there are two colossal heads. As time passes, it seems that the snake moves down to the head that touches Mother Earth and fertilizes nature.

Located in the city of Flores in Guatemala, this ancient city was one of the most important and populated of the ancient Mayan civilization. It has more than 5,000 buildings of which only 5 percent have been restored and can be visited. Its pyramids have steps that reach important altars of this culture. In its Main Square, there are still celebrations of the winter solstice that tourists can enjoy, in addition to important buildings such as the Seven Temples Square and the central and northern acropolis. It is also highly recommended to know the place where the ball game was practiced.

Located close to Mexico City, this important ceremonial center offers visitors two impressive pyramids that were dedicated to the Sun and Moon. This city, which means “where men become gods”, was found in ruins by the Aztecs. In the center is the Calzada de Los Muertos, which leads to the pyramids of the Sun and the Moon. These two large buildings feature a large maze of underground caves where it is believed that funerary rites and other fertility events were performed. 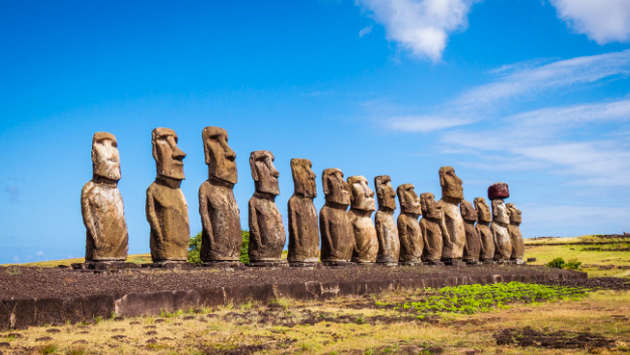 The enormous monuments of Easter Island in Chile are one of the great mysteries of history. (Photo via Flickr/Lee Coursey).

Easter Island, Chile, is where this fantastic place is located, guarded by huge statues, built as tombs between the 9th and 16th centuries, which remain a mystery for archeologists because of the difficulty that it must have cost to move to different areas of the island. There are more than 900 Moai created by the ancient Rapa Nui. Most of them were carved in stone from the Rano Raraku volcano and more than 400 remain in different phases of construction.

This incredible archeological site is located in Santa Cruz, Argentina, in Patagonia. It is one of the best places to admire cave paintings depicting hunting scenes and abstract figures, but the most important thing is the hand marks on the stone. This site has the oldest paintings of South American villages and also has remains of bones, utensils, and animal skins that were the basis of the subsistence of ancient civilizations of the Paleolithic period.

Another of the wonders of Peru is this archeological site located in the city of Trujillo, on the north coast of the country. It was a city of great splendor between the 9th and 15th centuries, built by the Chimu culture until it was destroyed by the Incas. The citadel of Nik An stands out from this place, which was built in adobe and designed with interesting geometric shapes.

It is the most important archeological park in Honduras, located in the so-called Copán Valley. The visitor discovers in this place many secrets of the ancient Mayan civilization such as the Ball Game, the Acropolis, the Grand Plaza, and the Hieroglyphics staircase, which can be traveled with the help of specialized guides. Visitors cannot miss the Q Altar, which is the most important monument on the site and represents 16 of the 18 monarchs who ruled this important city over nearly five centuries. 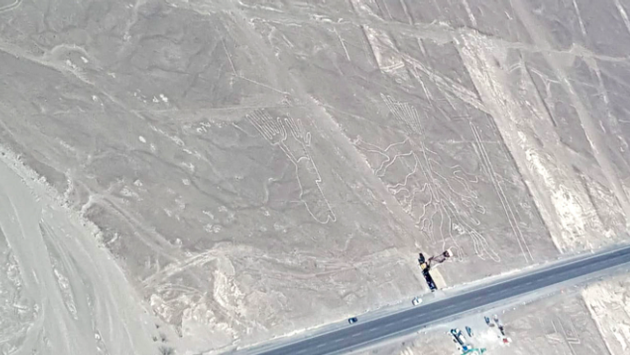 The Nazca Lines in Peru can be seen from the heights aboard tourist planes. (Photo via GAdventures).

In Peru, in the Nazca Desert, there is this mysterious place also known as the Nazca Lines or Hieroglyphics of the Pampas of Jumana. These are huge drawings that can be seen from above and that represent perfect figures. It is believed that they were created as offerings to the Gods, who could admire them from heaven, and with which the inhabitants thanked them for the favor of giving them the water needed to survive in the desert. The inhabitants of Nazca used to extract groundwater for their agricultural activities.

Tourists can make 35-minute flights by plane to appreciate all the drawings. During the flight, the history of these mysterious lines is explained, including figures such as the astronaut, the whale, the condor, and many hands, among others.

On the north coast of Peru, visitors find this impressive archeological site that was a sanctuary of the Moche culture. It is a set of monuments that includes a large area where the pyramids Huaca del Sol and Huaca de la Luna are located, as well as a citadel that, in the time of splendor, was inhabited only by the upper class of civilization. The largest pyramid in this place is rectangular-based and has five terraces where the former inhabitants carried out various administrative and political activities. Legend says that the city was built in just three days with the help of the gods.