Travel to Khakassia: what to see in 2 days

Khakassia is a place of amazing beauty, filled with wild nature and incredible landscapes.
It is noteworthy, but the republic gained popularity precisely because of its rich cultural heritage, which amazes with its diversity. It is worth noting that many tourists choose this direction not only to have fun, but also to improve their health.

I will tell you about five popular places in Khakassia that will help you discover it from the best side! 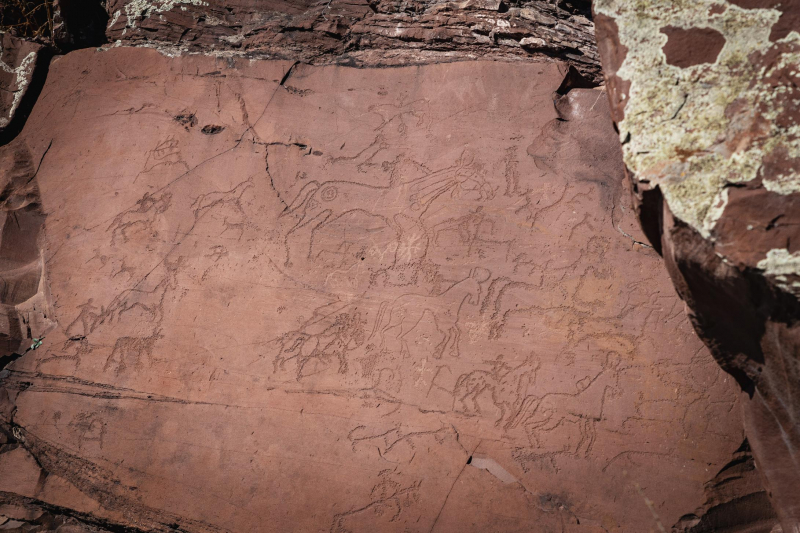 In the system of specially protected natural areas of the Republic of Khakassia, two objects of federal significance are distinguished: the nature reserve “Khakassky”, which received the international status of a UNESCO biosphere reserve, and the nature reserve “Pozarym named after V.M. Zimina.

The reserve “Khakassky” has a complex territorial structure, a variety of natural and historical and cultural landscapes. The Pozarym named after V. M. Zimin reserve has a high conservation value, uniting the administratively separated sections of the Khakassky, Ubsunurskaya Kotlovina and Altaisky reserves into a single network of territorial nature protection.

Recently, MTS, within the framework of the federal environmental project “Place of Power”, created VR films dedicated to two protected areas – the Oglakhty site of the Khakassky reserve and the Pozarym named after V. M. Zimin reserve, which tell about the nature and ancient history of Siberia . 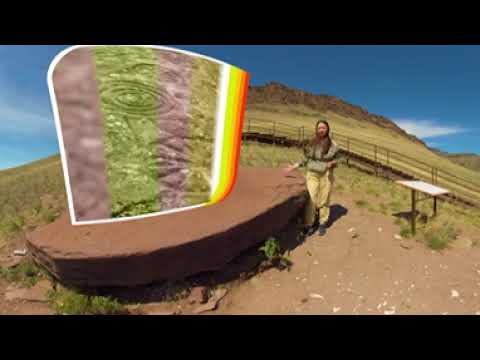 Video clip dedicated to the Oglakhty section, includes frames of large accumulations of rock paintings – here is the largest location of petroglyphs in Khakassia. Due to the low water level in the summer of 2022, MTS has digitized rare endangered images that are located below the water level of the Krasnoyarsk reservoir. Among them are the rarest petroglyphs, presumably denoting a primitive bull – a tour.

Another MTS VR-film tells about the Pozarym im. V.M. Zimin” and introduces viewers to the nature of mountainous Siberia, rare and endangered species of animals that live here. 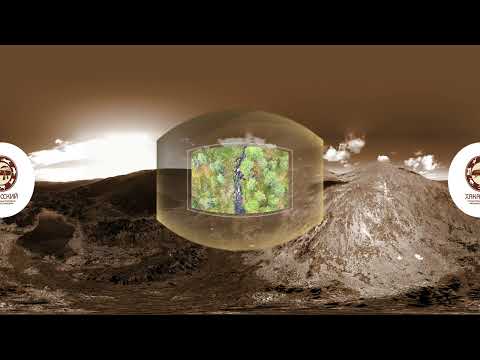 The films are virtual tours of the hard-to-reach sights of the mountainous part of Siberia. Places where tourists can usually get only as part of organized groups are now available to residents of all regions of the country on the website of the Khakassky Reserve. The videos were shot in 360 video format using an omnidirectional camera. This allows you to get a more complete and voluminous idea of ​​the natural areas that have become the “protagonists” of VR films.

The building itself literally reflects the culture of this place – it is made in the form of a huge yurt, the traditional housing of the Khakass people.

The Museum of Local Lore is a valuable attraction of Khakassia, because the republic is often called the center of Siberian archeology. Namely, the collection includes more than 140 thousand authentic samples of the life and culture of the Khakass people over the past 35 years. Moreover, the collection contains the rarest exhibits, such as ancient rock paintings, “Idols of the Yenisei”, amulets of Choshi and other pride of the museum. In general, there is definitely something for a tourist to see! 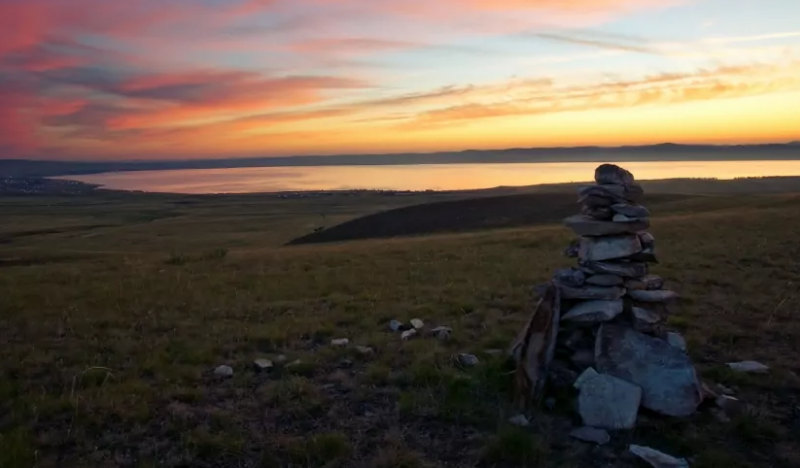 Landmark of Khakassia, which attracts tourists with its incredible beauty and healing properties, which are described in ancient Khakass legends. The composition of the water of the lake includes Glauber's salt, which has a healing effect on the human body. By the way, there are only four lakes in the world with a similar composition of water. It is located at an altitude of 353 meters above sea level, the maximum depth is 24 meters. On the territory of the lake there are sanatorium complexes and rest houses that offer health programs. Swimming in the lake is a mandatory recommendation for every tourist visiting Khakassia. 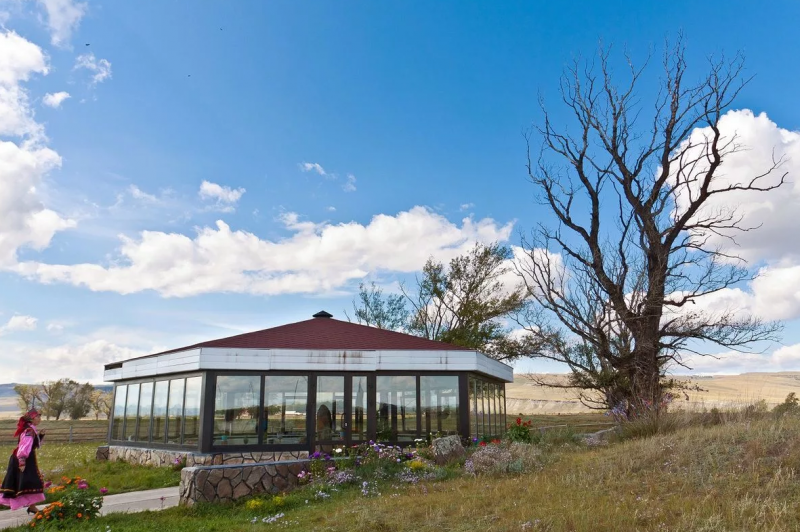 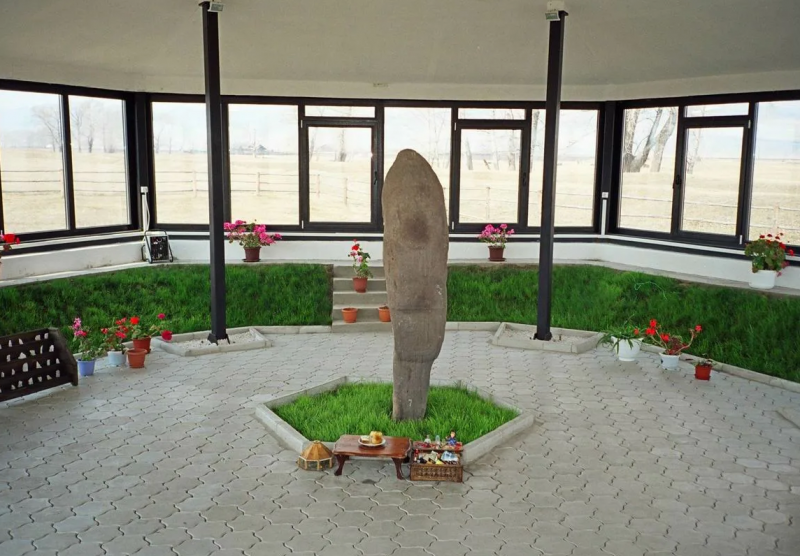 The central exposition of the museum is the statue of UlugKhurtuyakh Tas, the patroness of motherhood.

Unbelievable, but the three-dimensional “big stone old woman”, as the locals call her, was dug into the ground about 6 thousand years ago and included in the UNESCO list of world cultural heritage sites.

The statue has its own sad legend, it is believed that Ulug Khurtuyakh Tas was a mother who saw the death of her children. She suffered for a long time and turned to the spirits, asking them to ease her pain. They heard her and turned her to stone.

Museum employees arrange a meeting for guests in solemn Khakass national clothes and conduct a detailed tour of the territory. The place is very popular with tourists – many childless women come to the museum to ask Ulug Khurtuyakh Tas to save them from infertility.

A favorite place of local residents, which is one of the main attractions of Abakan and has the second name “Garden of Dreams”. And this is no accident.

The legendary park presents amazing creations of topiary art based on the author's technique of landscape designer V. A. Andropov. You will see a wide variety of figures, next to which you can take a picture for memory. Namely, there is the Eiffel Tower with a height of 14 meters, a steppe eagle, its wingspan exceeds 10 meters, a driving car – and all this from the noble plants that grow in the region.

Visit such a place is a great option to not only learn about the local flora in the most interesting way, but also to take a break from the bustle of the city, for example, on a comfortable swing next to a small pond and fountain.