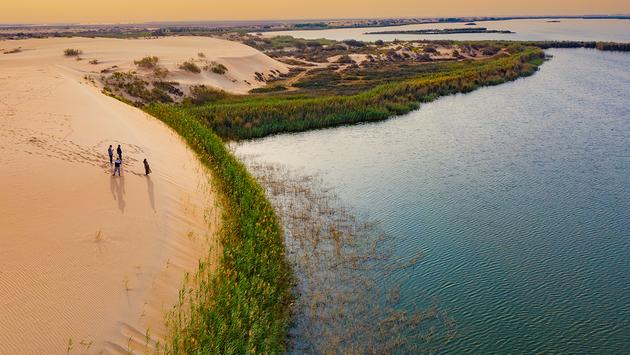 Because Saudi Arabia is the largest country by land mass in the Middle East, you’ll want to set aside at least a week for your next visit. In addition to its vast size, the Kingdom of Saudi Arabia has an endless number of things to do and see, from futuristic and bustling cities to ancient lands with artifacts galore. Visitors to Saudi Arabia can also find all kinds of high-end shopping, an array of opulent palaces, countless mosques and the holy cities of Mecca and Medina.

The Al-Hijr Archaeological Site, which is also referred to as the Hegra Archaeological Site, is home to an array of well-preserved tombs that mimic the look and feel of historic Petra in Jordan. Many of the tombs here date back to the 1st century BC, and visitors can see cave drawings and historic inscriptions from the pre-Nabataean period.

In total, the Al-Hijr Archaeological Site is home to 11 monumental tombs, most of which can be visited and explored by visitors to the region. 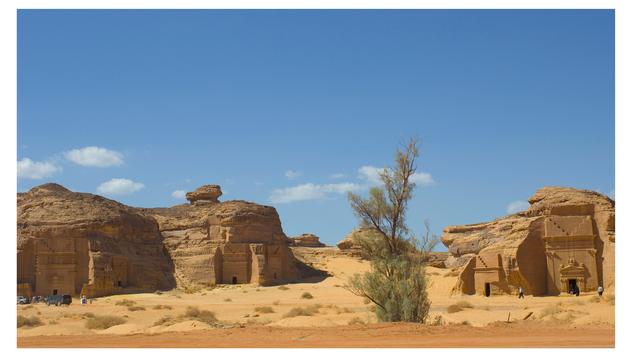 As the original capital of the Saudi Dynasty, the At-Turaif District in ad-Dir’iyah features the remains of ancient palaces and other historic buildings that date back as far as the 15th century. Visitors here can see wonders like the Salwa Palace, which once served as the royal residence for the kingdom’s monarchs.

Several museums can also be found here, including the Diriyah Museum, the Military Museum, the Arabian Horse Museum and the Saudi Daily Life Museum. Each one features materials and displays that accurately represent Saudi history and the beginnings of the Kingdom as it exists today.

Saudi Arabia’s Al-Ahsa Oasis is located in the eastern Arabian Peninsula, and it is largely composed of historical buildings along with gardens, springs, wells and a drainage lake that was originally built for agricultural purposes. Many of the buildings and installations still existing in the oasis tell a story of human settlement that dates all the way back to the Neolithic period.

The twelve areas of the oasis make Al-Ahsa the largest oasis in the world, and the region is also home to 2.5 million date palms.

Hima Cultural Area is a remote UNESCO World Heritage Site in Saudi Arabia that is located in an arid mountainous region of the country along an ancient caravan route. This site features rock carvings and petroglyphs that have been perfectly preserved since their discovery in the late 20th century.

The oldest carvings here are said to date back as much as 7,000 years, and local wells of Bi’r Hima found in the area still produce fresh water despite existing for more than 3,000 years to date. 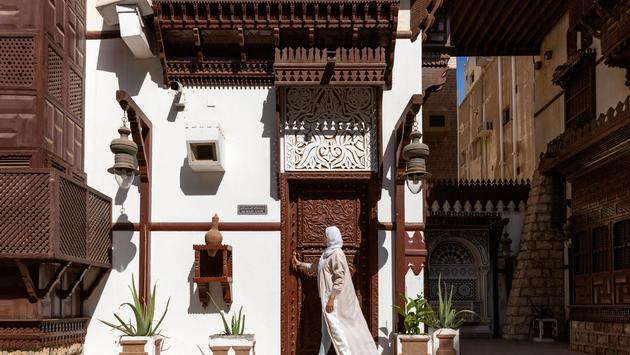 The Saudi city of Jeddah sits on the eastern shore of the Red Sea, and it is home to an ancient and historic old town that is bustling with busy markets and brimming with well-preserved homes with fragments that date back as far as 1,400 years. The call to prayer rings out loudly throughout historic Jeddah, beckoning its residents to visit Old Jeddah mosques such as the Al-Shafe’i Mosque and the Al-Basha Mosque.

Visitors here can shop in the ancient markets or enjoy a delicious meal with tea before touring ancient exquisite houses such as the Bait Nassif and the Bait Nour Wali.

Rock Art in the Hail Region

Finally, many visitors to Saudi Arabia book a trip to the Kingdom to see the infamous Rock Art in the Hail Region, which is said to date back as far as 10,000 years. The artistic inscriptions depict humans and animals in various scenes through time, and they are immaculately preserved for today’s tourists to see firsthand.

Two major locations within the Hail Region host their share of rock art and petroglyphs, including Jabal Umm Sinman, Jubbah and Jabal al-Manjor and Jabal Raat, Shuwaymis. Past visitors note that Hail Rock Art is one of the easier places to visit in the Kingdom and that it’s possible to tour the region on your own or with the help of an expert guide.