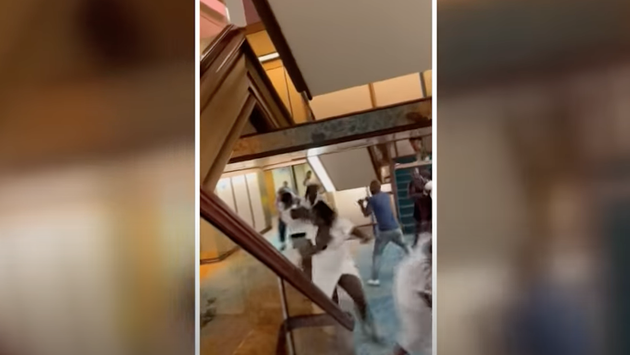 A fight breaks out on a Carnival cruise ship. (photo via Donnie McMaster/First Coast News)

Multiple people were reportedly injured when a fight broke out on a Carnival Cruise Line cruise ship sailing out of Jacksonville, Florida late Wednesday night.

Video obtained from First Coast News shows several passengers squaring up and throwing punches while other passengers and crew members attempt to intervene.

The incident took place aboard the Carnival Elation as it was returning to Jacksonville after a five-day Bahamas sailing.

As many as eight people were involved in the skirmish and a woman from Atlanta told First Coast News that both of her grandparents were injured, allegedly suffering a concussion and swollen hand.