Why Saudi Arabia Is Your Next Adventure Travel Destination 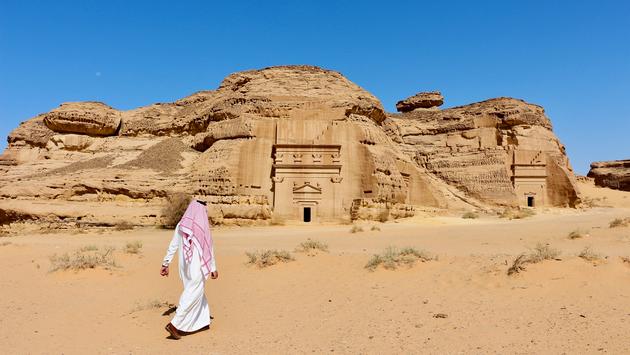 When the Kingdom of Saudi Arabia officially opened its doors to travelers from 49 countries in 2019, early visitors uncovered a virtually unexplored world of exciting contrasts.

Residents of Riyadh live among towering skyscrapers next to state-of-the-art fashion malls adjacent to ancient ruins, yet the call to prayer still rings out loudly five times a day. Children and youth also make up a solid two-thirds of the Saudi population, which means the historically conservative Kingdom is left grappling with its evolving identity.

But, one detail about the Kingdom of Saudi Arabia has not and will not change. The country is brimming with wonders and historical finds that should be on every traveler’s bucket list if they’re not already.

If you’re an adventure traveler, you’ll want to know about all the thrilling and unusual things to see and explore in this mysterious kingdom. If you’re considering a visit to Saudi Arabia in order to see and explore, read on to learn more.

A Visit to Al-Ula Old Town is a Must

Located in the northwestern edge of Saudi Arabia sits Al-Ula Old Town — an ancient settlement and “ghost town” that was inhabited from the 12th to 20th centuries. The old town is absolutely vast and excitingly well preserved, with 900 houses, 400 shops and five ancient town squares still held together enough to walk through and explore.

You can take a virtual tour of Al-Ula before you go, but you’ll definitely want to see the abandoned village with its narrow, winding streets and stone buildings for yourself. You can even take part in other adventure activities in the area, from the Al-Ula zipline experience to rock climbing, buggy tours, and cycling.

An archaeological site known as Hegra, which is located in the greater region of Al-Ula, is home to rooms ornately decorated and carefully carved into desert boulders similar to Jordan’s Petra. Hegra is a UNESCO World Heritage Site, and rightfully so considering you can head here to see 111 monumental tombs, some of which date back as far as the 1st century BC.

Visitors will also love seeing the Qasr al-Farid (also called the Lonely Castle), which is carved out of a single boulder with a four-story facade. 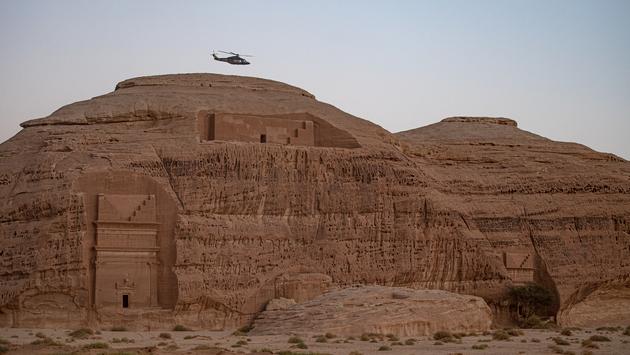 A helicopter flies above the city of Hegra in AlUla, Saudi Arabia. (photo via Experience AlUla)

Visit the Edge of the World

Saudi Arabia is also home to the Edge of the World, both literally and figuratively. This region of the Kingdom is one of the most visited, and it is made up of 300-meter-high cliffs that overlook an expansive plain of desert sand.

The Edge of the World is a 90-minute drive from the capital city of Riyadh, and adventurous travelers can hike to the top. Good walking shoes are absolutely essential for the journey, and those who don’t want to do it alone can hire an experienced guide to show them the way.

Other Adventure Activities in Saudi Arabia

Of course, there are many other adventure activities to consider in the Kingdom, both on land and in water. For example, some of the best scuba diving in the Middle East can be found along the coastal waters adjacent to Jeddah, which boasts an ancient old town that is worth a visit on its own. You can also explore the remains of a British cargo shipwreck dubbed the “Saudi Titanic,” which sits half in and half out of the water next to the coastal city of Tabuk.

Camping and stargazing are also popular activities throughout the Kingdom’s vast desert landscape, which is the largest in the world. Obviously, you may want to book a camel ride during your stay, or you can pick up higher speeds by booking a desert ATV tour instead.

Believe it or not, snow falls in some parts of the Kingdom during winter, paving the way for snow sledding, mountain snow drives and snowy hikes as well.

There are so many exciting things to see and do in the Kingdom of Saudi Arabia, and you’ll almost certainly be the first person you know to experience everything this country has to offer. From hiking and rock climbing to exploring ancient cities and tombs, you may be amazed at what you discover during your action-packed trip.

With that in mind, it makes sense to start planning your Saudi adventure today, or else your boldest and most daring friends could get there first.