World Cup 2022: Bring Your Fandom, But Not Your Booze 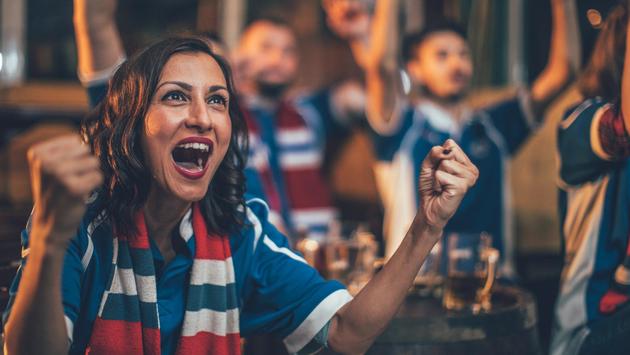 For the first time, soccer’s World Cup is being held in a Middle East country as Qatar will host the quadrennial event beginning in November.

The nation is telling fans to bring their usual fervor and fandom – but not their booze.

According to an article on ESPN, Qatar is warning all visitors coming into the country for the World Cup that it has enacted a ban on bringing alcohol into Qatar for personal consumption.

And officials are talking about more than just trying to slip it into those fake binoculars when you enter the stadiums. Qatar said it will take “specific measures” against even trying to sneak alcohol into the country in their luggage at the airport.

“There are specific measures,” Col. Jassim Abdulrahim Al Sayed of the safety and security operations committee told ESPN at a news conference in Doha. “I think alcohol will not be allowed through the airport and suitcases. There are locations where alcohol will be sold throughout the country.”

Excitement has been building for the event, which will start on November 20, and alcohol is available inside hotels and beer – thanks largely to Budweiser being an official sponsor of the World Cup – will be available inside stadiums and in designated fan zones. But as ESPN noted, alcohol is already restricted in Qatar, with monetary fines for drinking in public. In severe cases, it can also lead to prison times.

That’s a policy that will be greatly tested by the World Cup.

Soccer has passionate fans, especially those rooting for an entire nation, and that passion can turn to rowdiness at times. To curb that, Qatari officials said the main area where fans will congregate in Doha will not serve alcohol until after 6:30 p.m. Again, that could be another problem with fans because many games will be kick off much earlier in the day.

“There is a misconception about alcohol sales in stadiums and designated zones,” Al Khater said. “We are working like any other World Cup, like usual. Very simply, we have always stated that the sale of alcohol [will be] available in Qatar and will make it available in specific zones. The fanfest (area) will serve from 6:30 p.m., but it will attract a lot of families and children and we want to give them opportunity to be in alcohol-free zone for certain parts of the day. Later, the fans will have alcohol readily available.”