With roads and trains like those in Wuppertal, it's no wonder Germans love public transport so much. 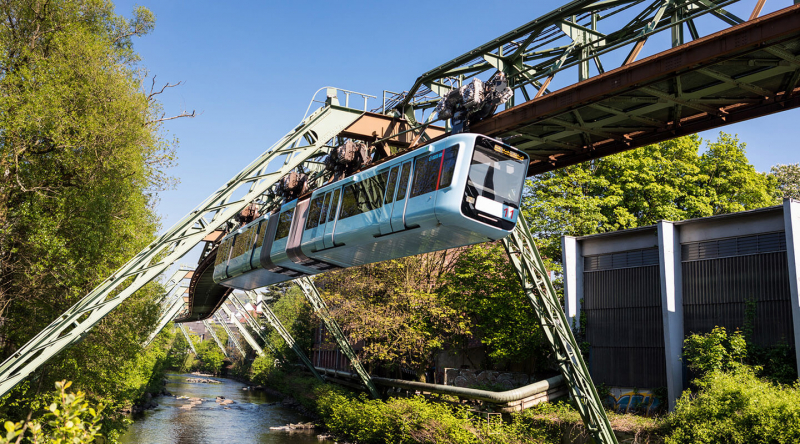 The 120-year-old Wuppertal (Schwebebahn), stretching for 12 km, is the world's oldest suspended monorail and carries about 85,000 passengers daily. It was launched on March 1, 1901.

Wuppertal poet Elsa Lasker-Schüler compared riding the monorail to flying on the back of a “steel dragon”. Bomost of the track runs parallel to the Wupper River, which flows 12 meters below the height of the wagons. At the end of the line, the rails form a graceful curve so that trains can turn around easily. 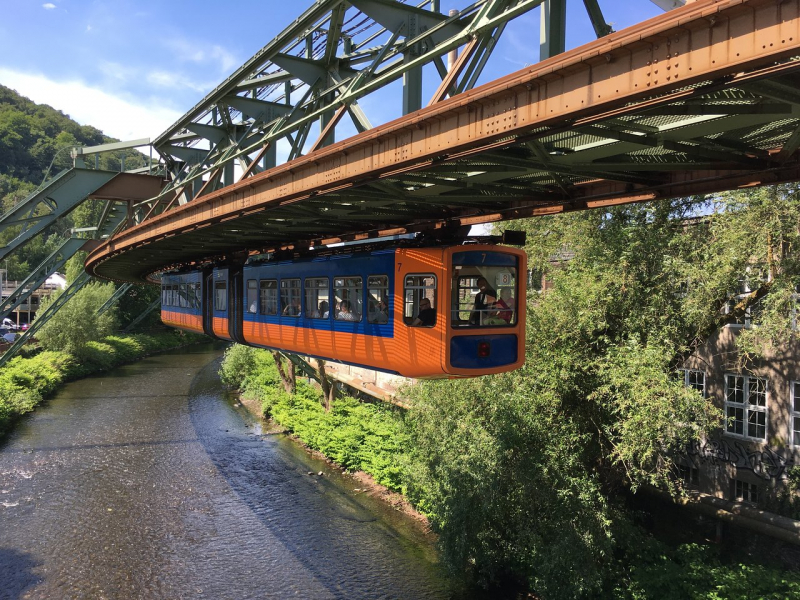 The main advantages of the railway are that it does not have to deal with traffic jams or difficult traffic at intersections, as well as with snow or fallen leaves on the way.

To ride the train, you need to purchase a 24-hour ticket for 7.10 euros. Passengers are attracted not only by the road itself and the suspension car, but also by 20 bright stations, ranging from the modern glass Kluse to the Art Nouveau Werther Bridge. 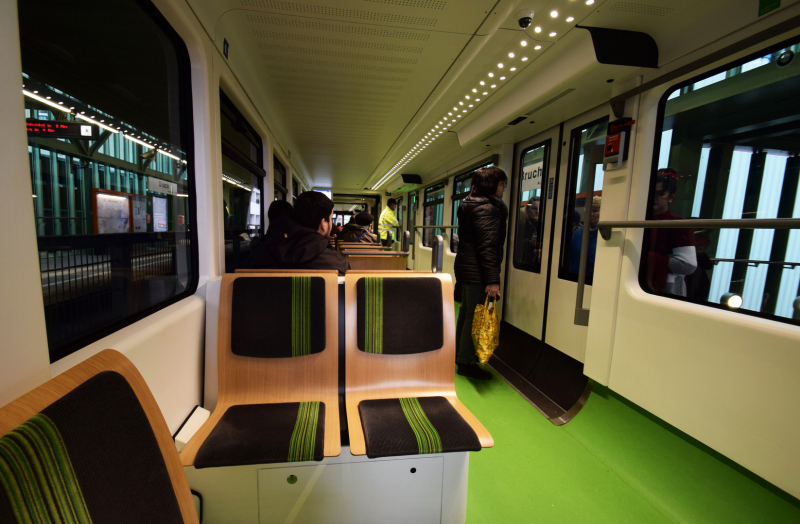 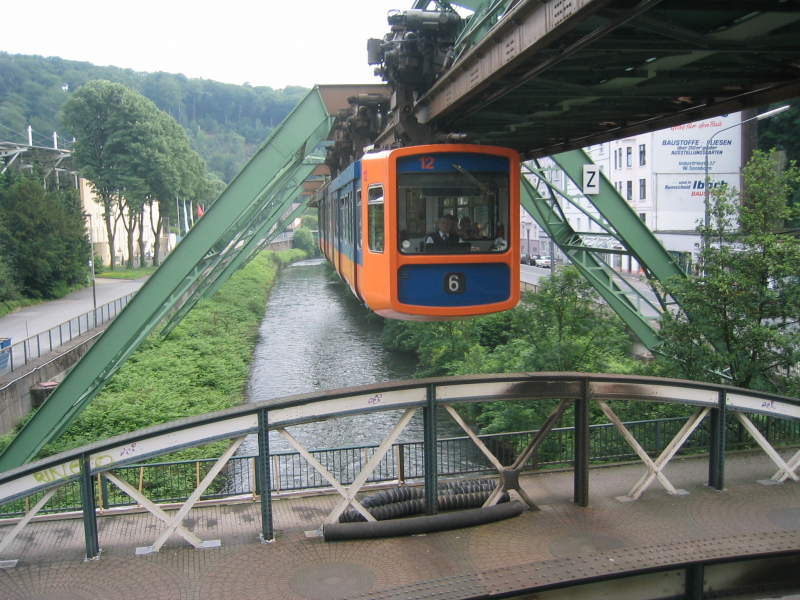 Wuppertal over the river

The Schwebebahn once inspired poets and songwriters. It is mentioned in Theodor Herzl's 1902 utopian novel “Altneuland” (“Old New Land”) as the “ideal city transport.” 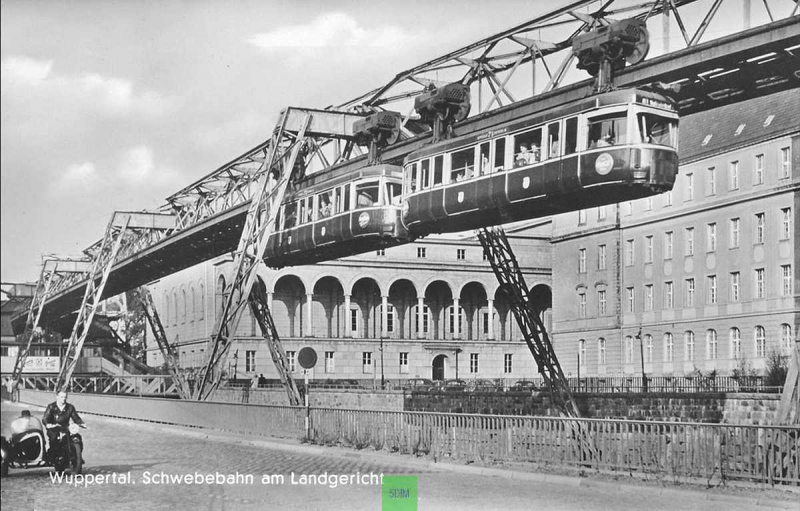 Wuppertal in the past

It was shown in the film directed by Wim Wenders “Alice in den Städten” (“Alice in the cities”) and in Darren Almond's 1995 Turner Prize-nominated “Train” trilogy.

The most famous incident in the history of the monorail involves the Indian elephant Tuffy. In July 1950, the director of the touring circus, Frank Althoff, put the animal in car number 13, along with a group of journalists and spectators, to show a publicity stunt. breaking the left side of the train.

She landed in the river 12 meters below. Fortunately, Tuffy herself escaped with only a bruise and a slight fright, but the train car was destroyed, and several journalists were injured.

Of all the materials from that incident, only a photo of an elephant standing in muddy water remained. But that hasn't stopped the city from selling photomontages of the incident, as well as a host of other Schwebebahn memorabilia, from gummy trains and cookie cutters to T-shirts and candy. 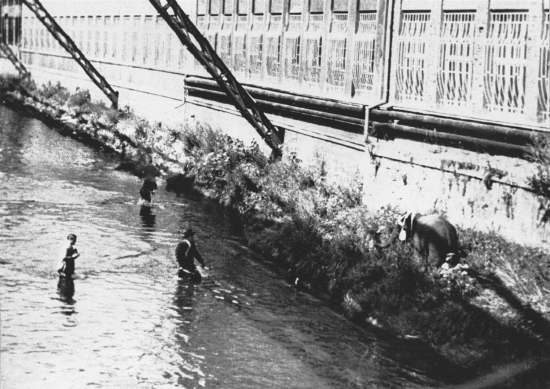 The second serious incident took place here on April 12, 1999. Due to the negligence of the workers, who left a metal clamp on the way, the wagons with passengers fell into the river. Then 5 people died and 47 were injured. -podvesnaja-doroga-v-germanii-6a6ec22.jpg” alt=”Wuppertal suspension railway — the oldest in the world | German suspension railway” /> 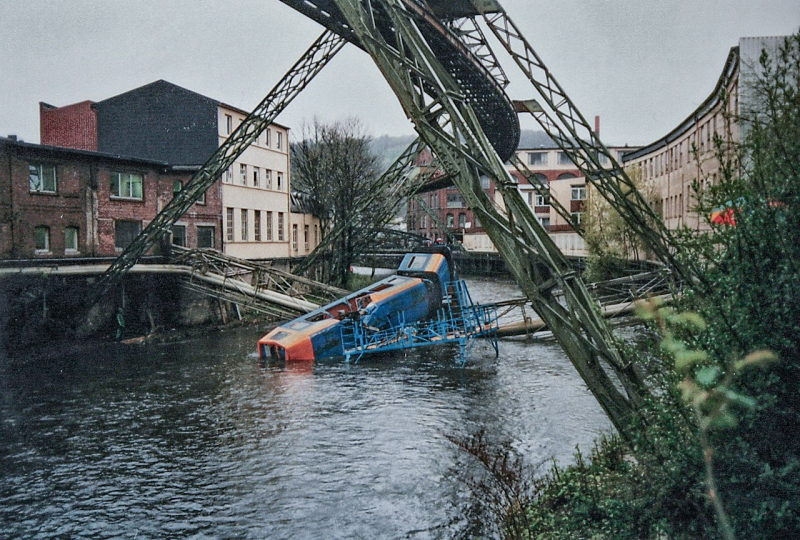 And the last incident occurred here in early August 2008. The cars collided with a truck crane, which was performing unauthorized work in the train traffic area. Only the truck crane driver was injured. 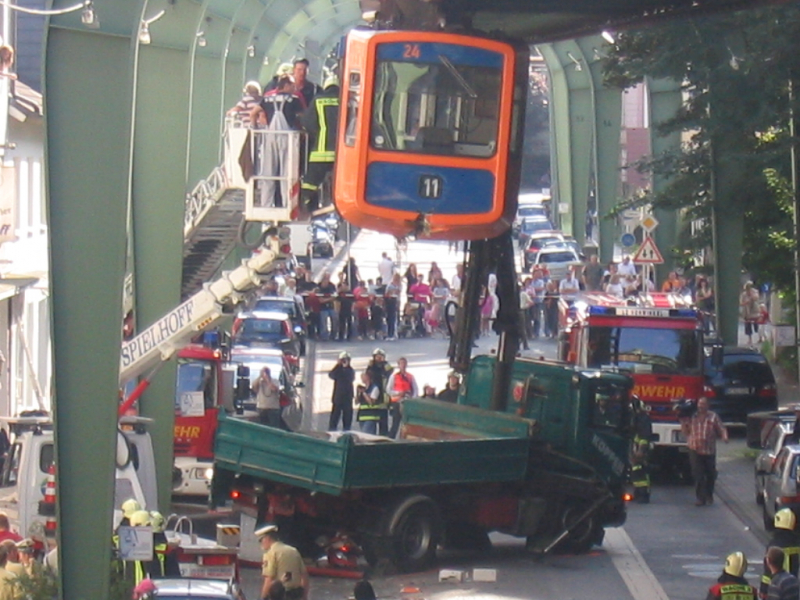 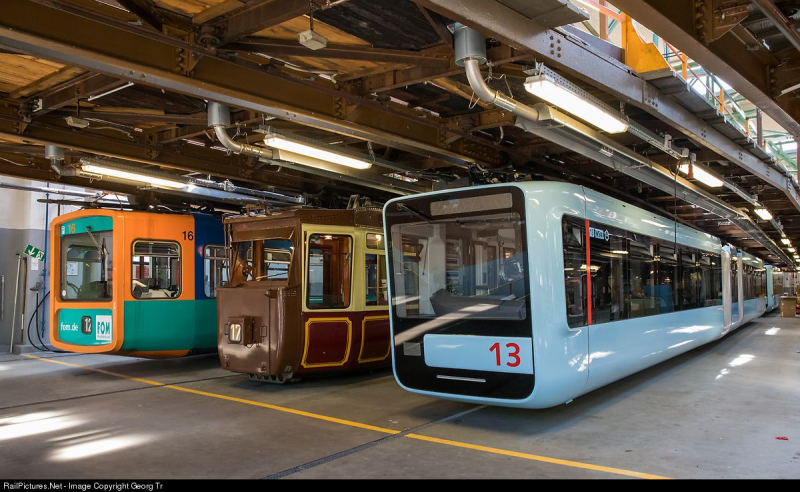 Cableway in the city of Wuppertal, wagon inside

The famous monorail in Wuppertal has inspired engineers to create similar roads around the world: in Cheshunt and Glasgow, UK; at Châteauneuf-du-Pape in the south of Paris; at Ueno Zoo in Tokyo and Kamakura City, Japan; in Memphis, USA; and also directly in Germany, in the city of Dresden. The most recent analogue was the Skybus metro in Goa, India. But after an accident that killed 1 road worker and injured 3, the road was closed. 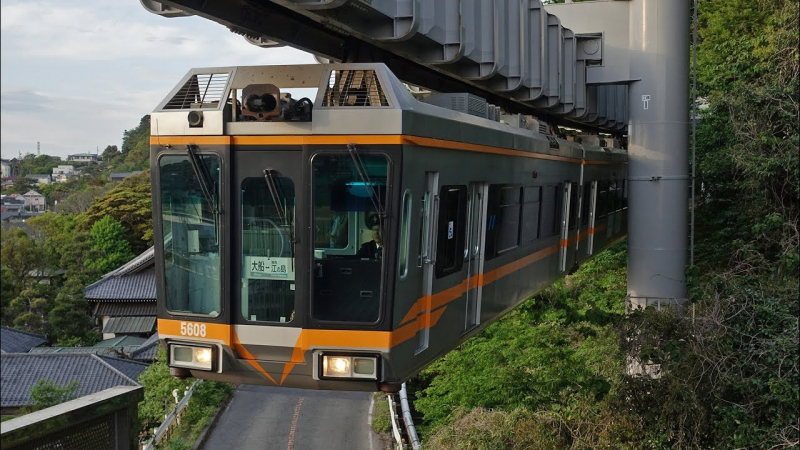